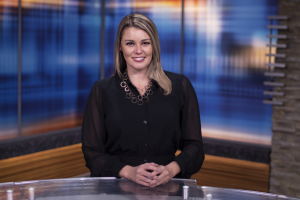 She has previously worked in Minnesota at WDAY on First News as the morning live reporter and on the weekends worked as a host for United States X-Country Snowmobile racing in Canada, North Dakota and all over the North Star state.

She has also been a sideline reporter for Score International Off-Road racing in Mexico. She covered the Baja-1000 and Imperial Valley 250.

In West Texas, Phoenix was one of the first reporters on scene during the August 2019 Odessa shooting which killed seven people and injured 22. She helped break the story to national news outlets.

She was nominated and completed the Midland residency Federal Bureau of Investigations Citizenship Academy.

In her spare time, she is an active member of the Great Falls Junior League, enjoys hiking, camping, and looks forward to serving the people of Montana.