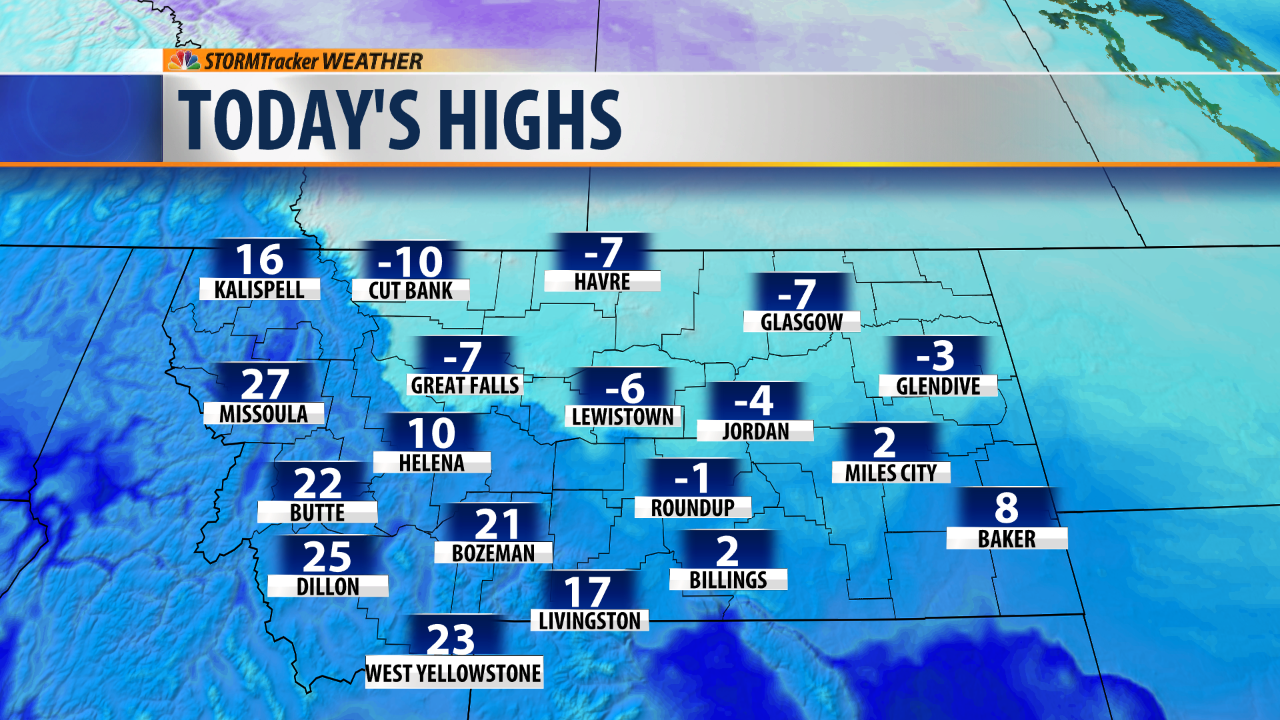 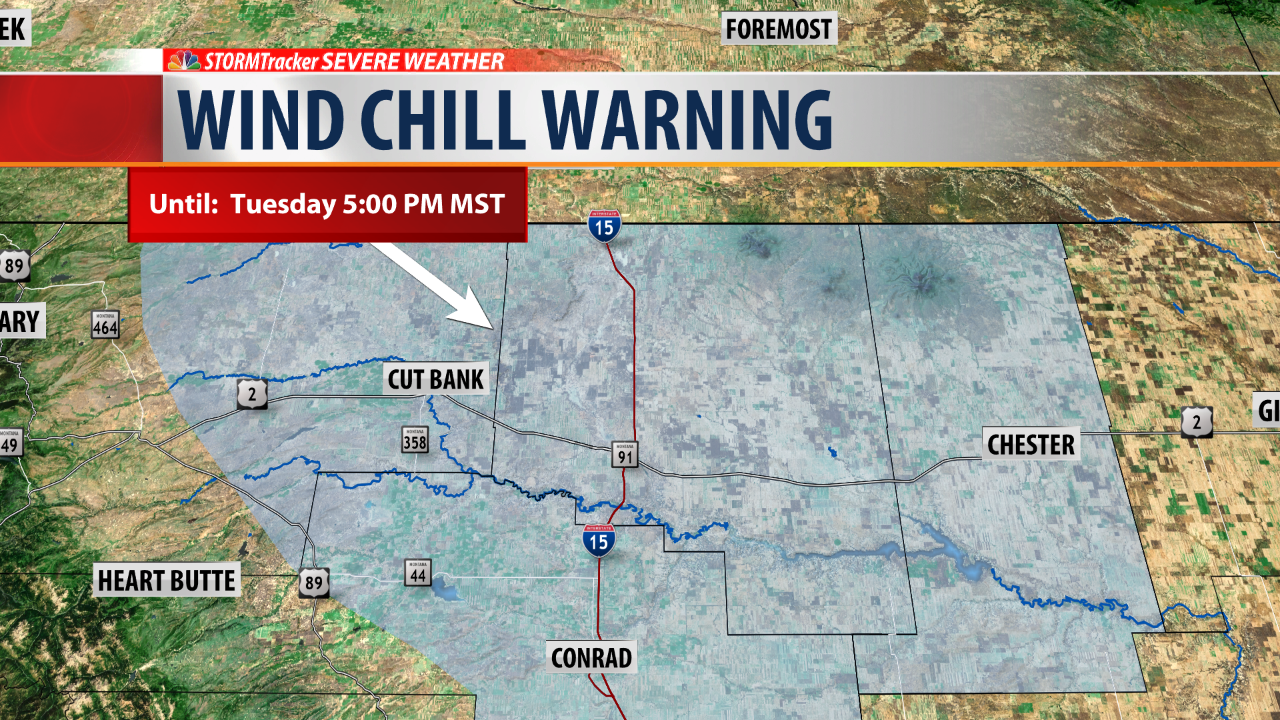 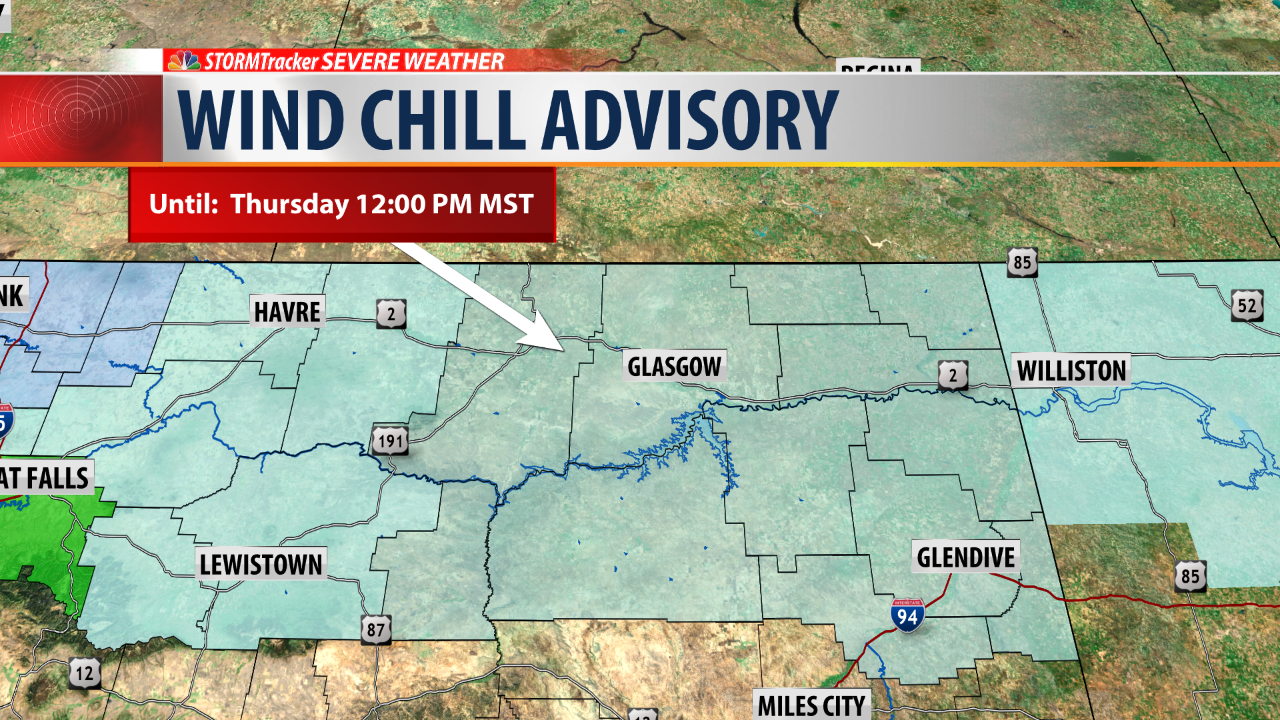 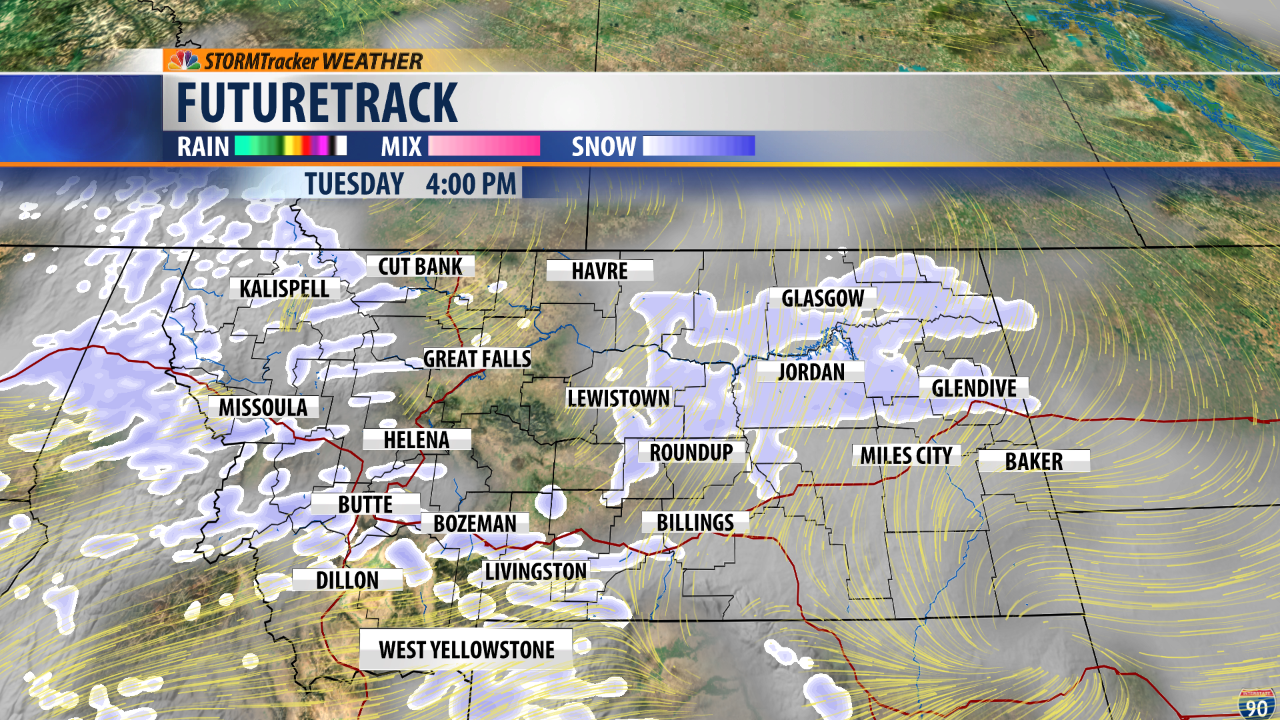 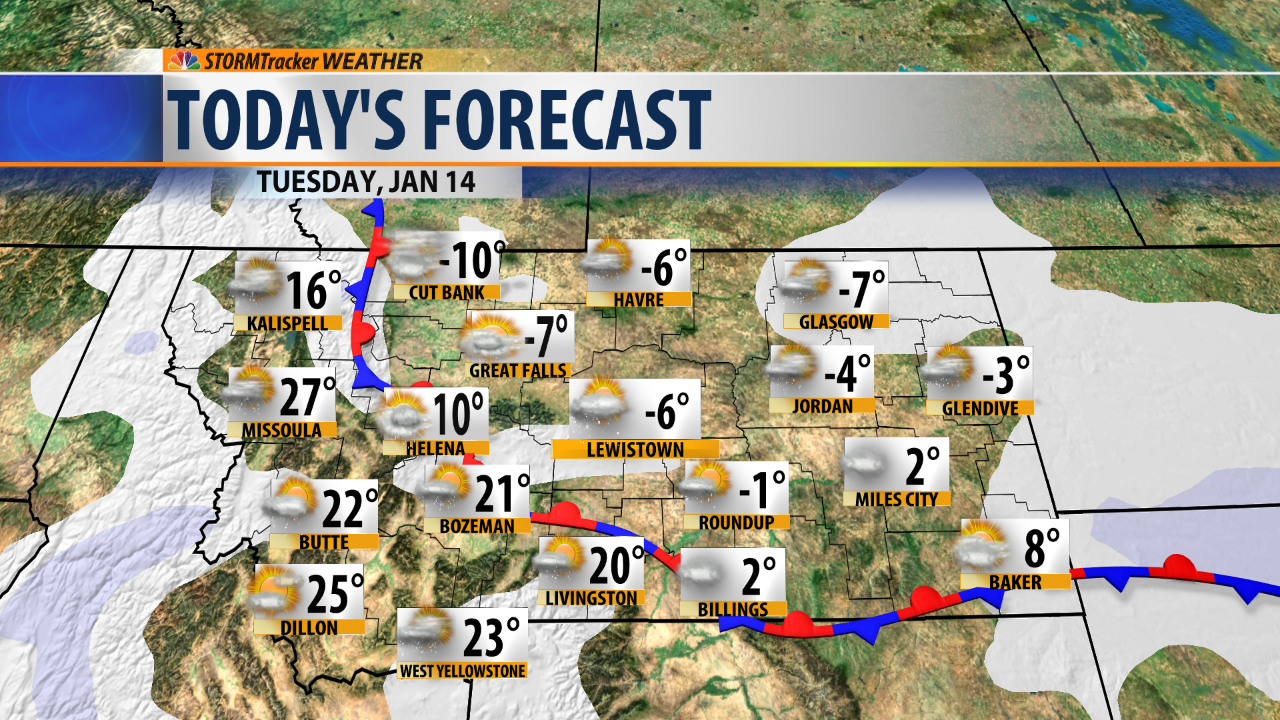 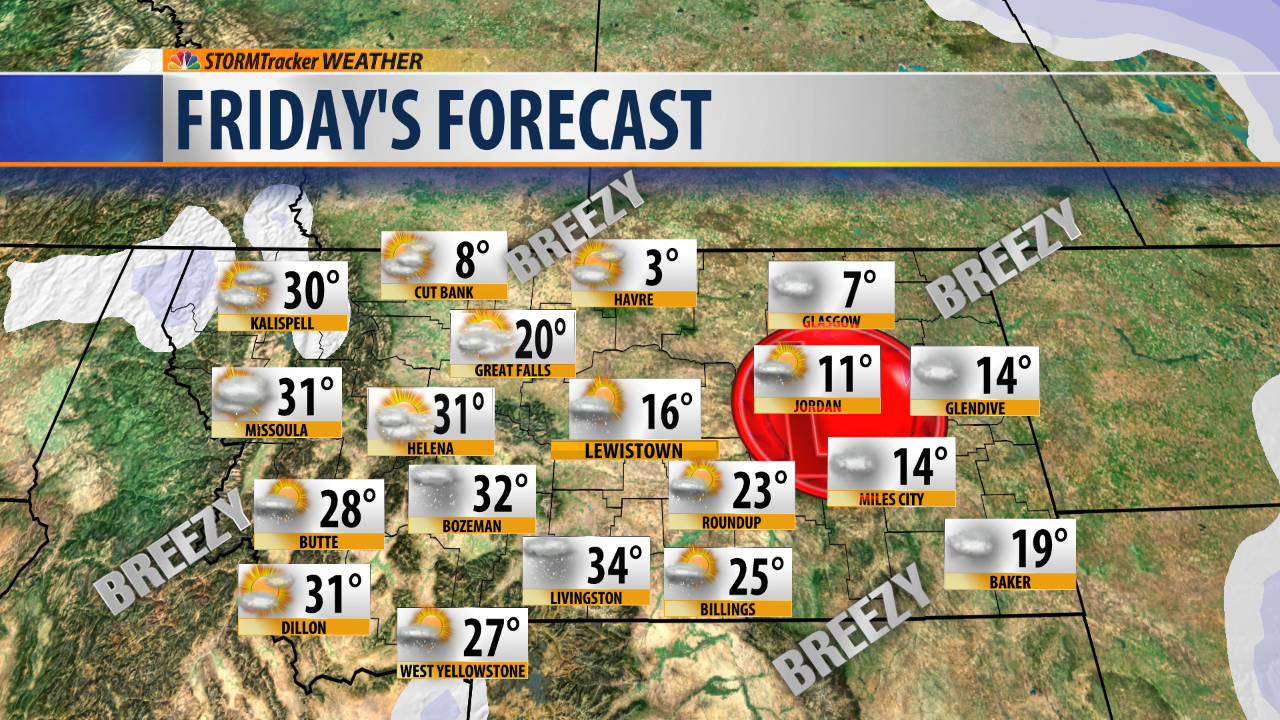 A WINTER STORM WARNING remains in effect for the Rocky Mountain Front and the Glacier area until noon TODAY.

A FLOOD WATCH is in effect for the Missouri River in Great Falls because of an ice jam until Saturday AFTERNOON.

A WIND CHILL ADVISORY is in effect for all of north-central Montana until Thursday AFTERNOON.

A WIND CHILL WARNING is in effect for areas east of the Rocky Mountain Front into late this AFTERNOON.

Dangerously cold temperatures will continue today. Most of the Treasure State is still dealing with arctic air. A stationary boundary is holding most of the arctic air off to the east, some areas immediately west of the Divide are feeling the icy chill. Snow showers will be on and off for today, possibly bringing light accumulating snow of 1-3", over the lower elevations. North-central Montana havs areas of frost and iceAn arctic high pressure will move in tonight into Wednesday morning that will clear out the clouds allowing temperatures to drop to between -10 and -30 for most of the state by Wednesday morning. Wednesday will have some sun, and temperatures will slightly warm up. Thursday, clouds will increase with areas of light snow moving back through the state; this is not a significant storm, and accumulation will remain light. Thursday temperatures will rebound from the arctic air and feel pretty seasonable.