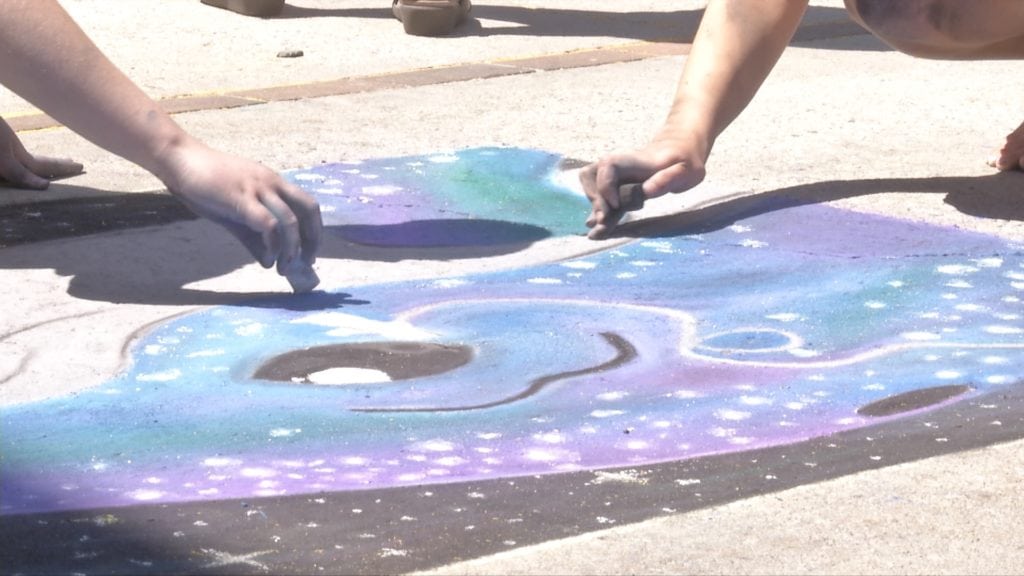 Dozens of people created their own chalk designs on the pavement along the Trolley Block. Many more came just to see the art.

This year’s theme was “Out of This World,” to go along with Symphony Under the Stars’ night of music from Star Wars. That meant many of the pieces featured space-related themes.

The event was open to everyone from kids and families to professional artists. Prizes were awarded for the judges’ and the people’s favorites in several age categories.

Nine-year-old Kimber Snarr’s chalk art showed an action scene based on the animated TV show Steven Universe. She has taken part in the event in previous years, and even won a judges’ award for kids age 10 and younger last year.

“I get to use chalk and get messy and try to do awesome things and see everybody’s art,” she said.

Organizers expected about 75 to 80 chalk paintings to be created during this year’s event.

You can find more information about Chalk Up Helena on the Public Art Committee’s website.