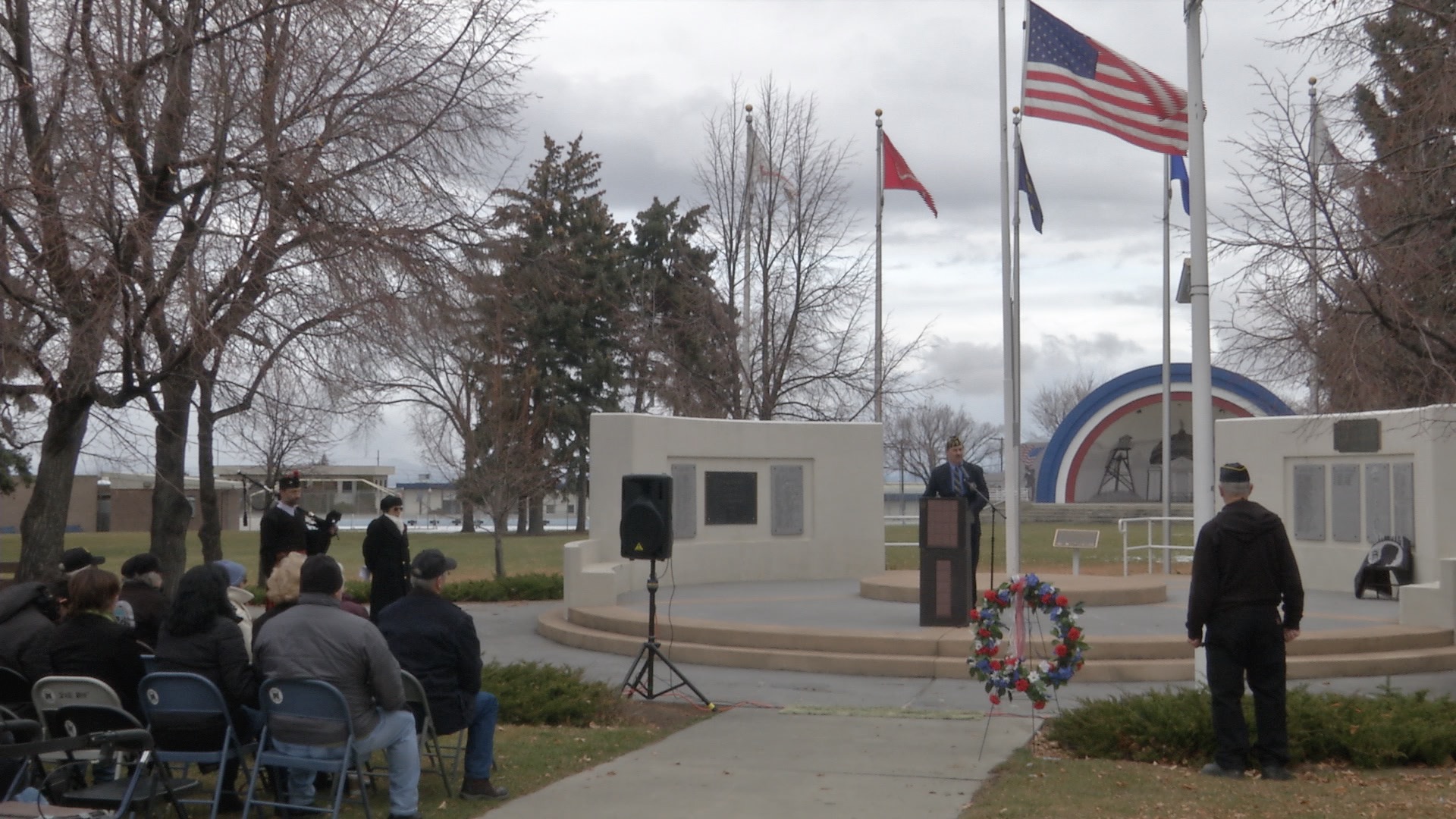 This Veterans Day marked 100 years since the end of World War I. The U.S. World War I Centennial Commission asked Americans to commemorate that anniversary by tolling bells in their communities.

In Helena, a bell-tolling ceremony was held at the Montana State Capitol. Lt. Gov. Mike Cooney read a proclamation from Gov. Steve Bullock, marking the Nov. 11, 1918 armistice that ended the war.

“It is only proper that we remember the sacrifices made throughout our history,” said Cooney. “We’ve recognized that as we celebrated Armistice Day, and then it became Veterans Day, and we honored all those who served.”

More than 40,000 Montanans served during World War I – more than 7 percent of the state’s population, and one of the highest rates of service of any state. 681 were killed in action or died of battle wounds, while more than 800 died of other causes and almost 2,500 were wounded or missing.

At exactly 11 a.m., the Montana Statehood Centennial Bell inside the Capitol was rung 21 times in honor of everyone who served.

On Sunday afternoon, groups like the American Legion and the Lewis and Clark County Veterans Memorial Foundation honored service members in Helena’s Memorial Park. Dozens of community members were on hand for the annual Veterans Day event.

As part of the event, a wreath was placed at the veterans’ memorial in the park, in honor of all who were lost.

Dick Juvik, a naval veteran who served during the Vietnam War, said it’s important to service members and their families in the public’s thoughts – not only on Veterans Day, but around the year.

There were other celebrations of veterans around the area. The American Legion placed flags around downtown Helena in the 23rd year of the Flags for the Gulch program. In East Helena, the Veterans of Foreign Wars Post 10010 held its annual Veterans Day Parade, from the VFW to Main Street Park.