EAST HELENA – Leaders in East Helena are looking for names of area veterans, to be added to a new veterans’ monument planned for Main Street Park.

East Helena city crews have begun the process of removing the current Servicemen’s Monument, which was dedicated in 1943 and heavily rebuilt in 1980. They will begin installing the new monument in the spring.

Community members said the old monument had been deteriorating for years, so they created a committee to make plans for an improved one, with room to include more recent servicemembers. 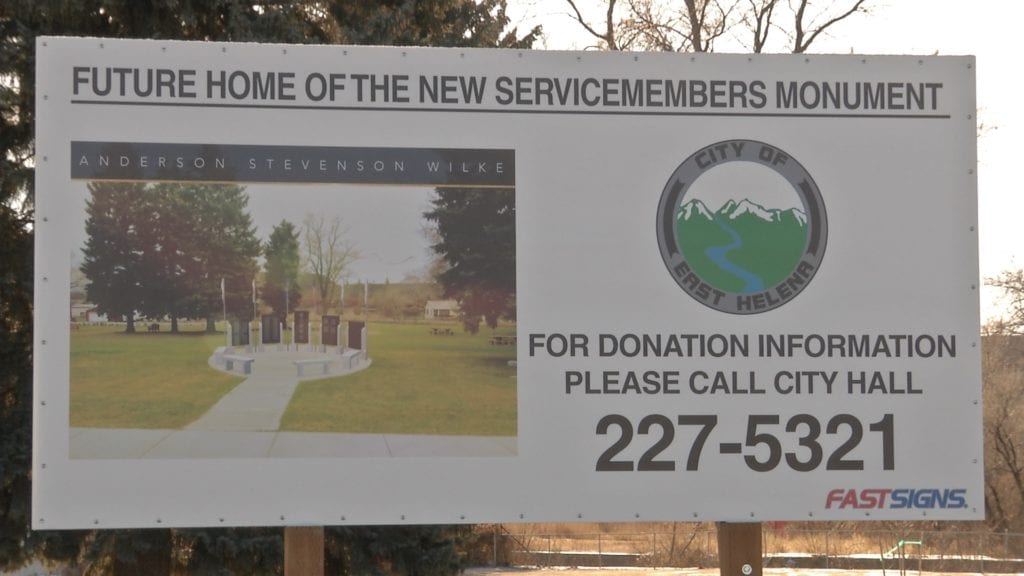 “It’s a really beautiful design, it’s very befitting of the sacrifices that our East Helena citizens have given in the defense of their country,” said Kit Johnson, a veteran, business owner and East Helena City Council member.

The current monument featured stone panels with the names of about 440 residents of the East Helena area who served in conflicts like World War I, World War II and the Korean War. Johnson said the committee also found 500 names by using ten years of records from the Veterans of Foreign Wars’ Cory-Dullum post in East Helena. But he believes more still need to be included, like those who were not VFW members.

“Right now we have about 15 names that have been submitted that were not on the VFW roster or not on the old monument,” Johnson said.

The committee will be taking name submissions through Jan. 15. Anyone who lived in the East Helena area, served in the military and received an honorable, general or medical discharge is eligible. People submitting names should be ready to present discharge papers to confirm.

You can see whether a name is already on the committee’s list by using a search function at the East Helena city website.

Johnson said the granite panels for the new monument have already been brought into the state. Once the list of names is finalized, they will be carved. He expects the monument could be ready to be dedicated by Memorial Day.

The stone panels from the current monument are currently in storage. Johnson hopes a local historical association will be eventually be able to put them on display.

Many of the materials for the new monument will be donated by local businesses. Johnson said the committee is still looking to raise about $15,000 to $20,000 to finish the project.