(HELENA) Hundreds of kids got the chance to celebrate with their favorite princesses and other characters in Helena Sunday.

The sixth annual Princess Tea Party was held at the Helena Civic Center. The event is the major fundraiser for Helena’s Playable Playgrounds, a group that works to make local playgrounds more accessible.

The first Princess Tea Party, in a local church basement, had about 120 attendees. This year, there were around 625 people in attendance.

“It’s just a great winter event because you can just get out of the house and have some fun,” said Stacy Sommer, who organized the event. 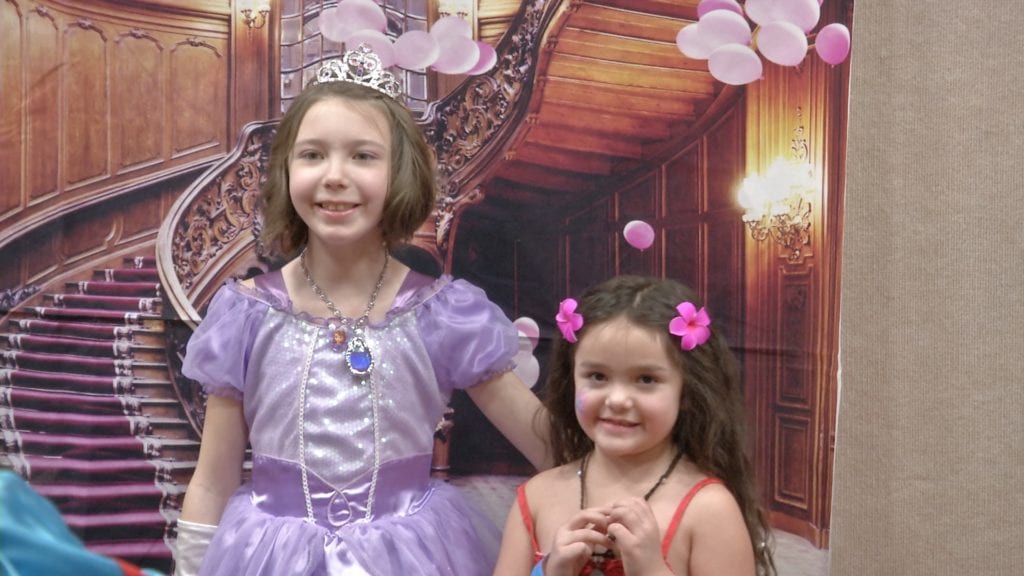 Many kids wore their own costumes to the tea party. They were able to take pictures with princesses and princes – and some villains, too. They could also enjoy other activities, like face painting, before the tea party itself began.

Sommer said kids are always excited to see the characters they know so well.

“It’s sometimes really hard to get them out of Helena to go see these characters, so we bring them right in here to Helena,” she said.

All the money raised by the tea party goes to Helena’s Playable Playgrounds. The group is currently working on a project to make a playground at Helena’s Cherry Park more accessible to children with disabilities and other special needs. Sommer said they already have the equipment, but they are waiting for a federal grant to come through so they can install a rubberized surface that will be more usable for those with limited mobility.

Sommer said the group is building an accessible playground in Townsend as well this year. They are also planning to install 18 “gaga pits” – used for a variation of dodgeball with a soft foam ball – at local schools.

The next major event for Helena’s Playable Playgrounds will be the Daddy-Daughter Ball on May 3.