(HELENA) On Saturday, the kitchen at Capital High School was buzzing with activity. 20 third-, fourth- and fifth-grader students from around Helena were honing their cooking skills as part of a nationwide competion.

The students were taking part in the 2019 Sodexo Future Chefs Challenge. This is the ninth year of the initiative by Sodexo, a company that provides school meals for about 500 school districts around the country, including the Helena School District.

This year, more than 60 Helena students submitted recipes for healthy “Mexican-inspired” dishes. The 20 best were chosen to move on to Saturday’s district finals.

“Today we have these students, representatives from every elementary school in the Helena School District, actually coming together and making their food,” said Robert Worthy, the district’s food service director. 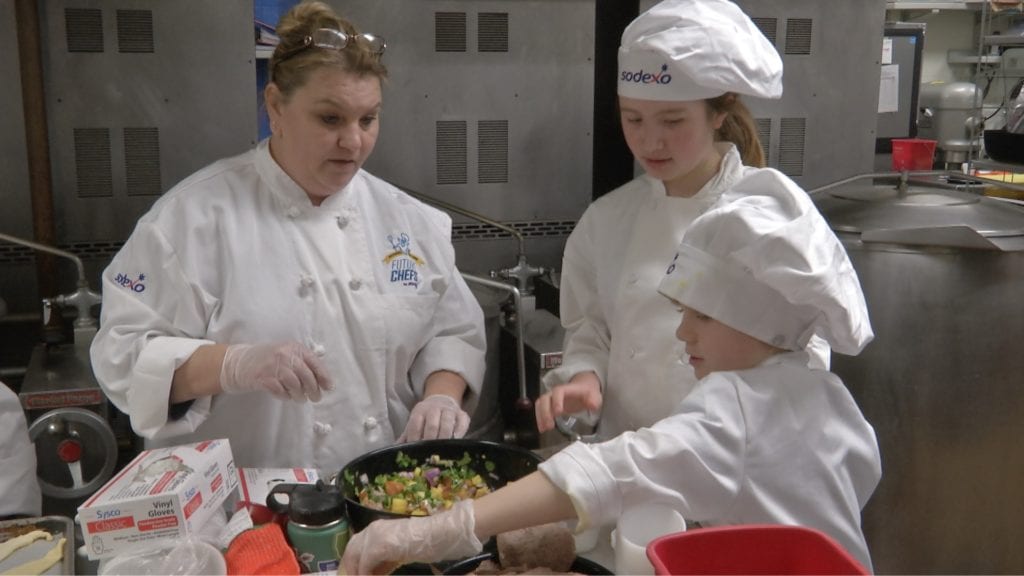 The kids were broken into teams of four. With help from adult volunteers and high-school students, they chopped, mixed, stirred and got their recipes ready to serve.

“Big kitchens like this sometimes can be intimidating, but when they get going, you forget all the rest of the stuff and you just start cooking and having fun,” Worthy said.

Reyna Potts, a fifth-grader at Central School, said she decided to take on the Future Chefs Challenge because she always enjoyed baking. Her dish was a strawberry chile salsa.

“It’s probably about making friends and having fun, getting your hands messier than ever,” she said.

Chloe Anderson, who is in fifth grade at Kessler Elementary, was cooking what she called “flacos,” a baked variation on tacos including avocados, tomatoes, chicken and cheese. She said her mother introduced her to the challenge two years ago, and she found it a lot of fun.

“You get some new friends, some cooking, some new ideas,” she said.

The students cooked a total of around 1,000 samples of their dishes. After the cooking was over, parents and other community members were able to taste-test them.

Worthy and other judges then graded the dishes on criteria like originality, taste, “kid-friendliness” and the use of healthy ingredients. The public vote also played into the final decision.

The Helena School District has been taking part in the challenge for seven years, and they have already scored first- and second-place national finishes.

But Worthy said the event is about much more than simply who wins.

“The concept of this is to get kids in the kitchen, away from the computers, away from TV, and get them into a life skill,” he said.

“I really say it’s not about the trophies or what prize you get,” she said. “I just say, as long as you have fun, that’s basically the biggest prize.”

About 2,600 students from 270 school districts are taking part in this year’s Future Chefs Challenge.