Fernando Terrones is a veteran of Iraq and Afghanistan – and now owner to Major, his service dog.

“Right now I’m just overwhelmed,” said Fernando, not long after being handed Major’s leash. “There’s a lot of information and not only is Major a puppy, but he has all these special skills that I gotta catch up with, as well. And hopefully he likes me, too.”

For the students who trained Major, those first few moments were emotional.

“Seeing Fernando’s smile the first time he saw Major, I was about to lose it then,” says Ali Hance. “But it’s happy tears. It’s going to be difficult to say good-bye. But for us, knowing he’s going to go make a difference, how could you not say good-bye because of that?” 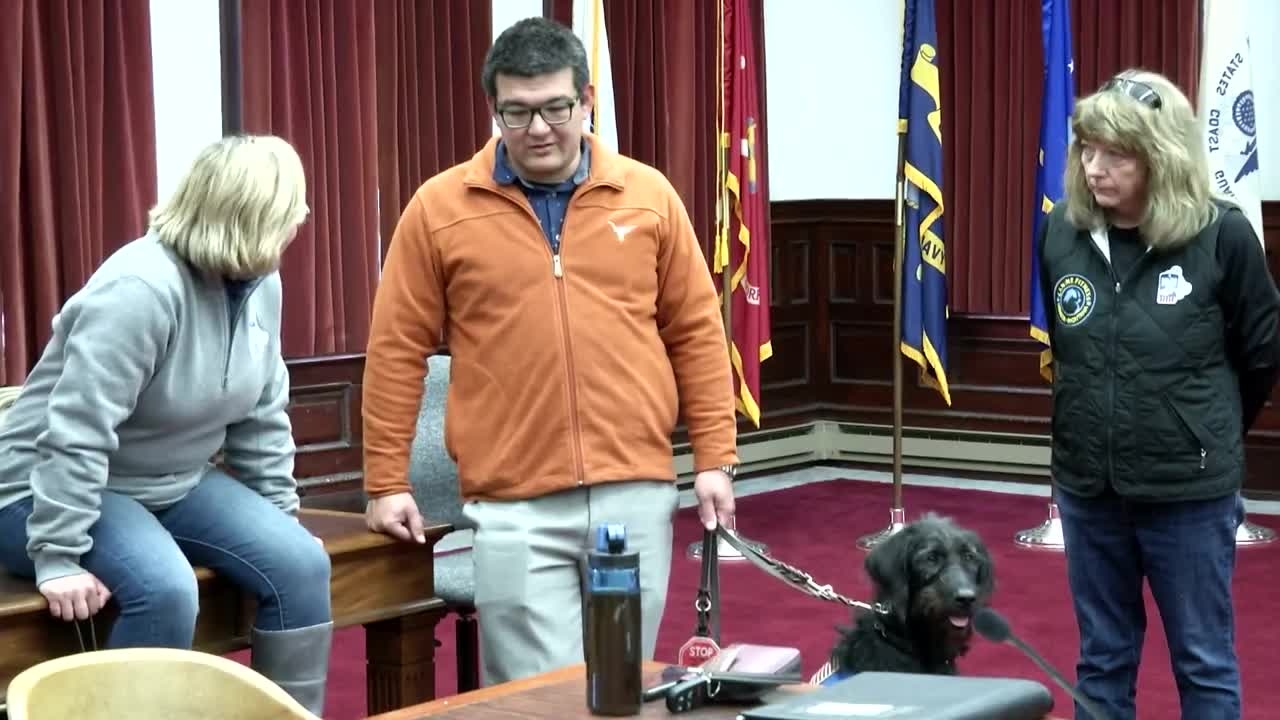 They joined forces with the Montana-based veterans service dog organization Dog Tag Buddies and the Veterans Treatment Court in Cascade County to make this day possible.

“Veterans Treatment Court helps justice involved veterans address the issues that brought them into the justice system in the first place, many of them suffering from the invisible wounds of war, PTSD and traumatic brain injuries,” explains Judge Greg Pinski.

“It’s been very uplifting,” says Fernando of his time in the treatment court. “I’ve just been getting beat up in life, from my service in Afghanistan and Iraq, and I’d regress and really neglect myself.”

Madie and Ali have worked with Major to teach him skills that will help Fernando.

The introduction isn’t the end for anyone involved in the process of uniting this veteran with his service dog.

“We keep track of all the veterans who graduate from the program, including Fernando,” says Judge Pinski. “We’ll monitor how things are going with him and I know Dog Tag Buddies is going to provide ongoing support for him as he continues to train Major.”

“Knowing that we are going to go off into our future careers and seeing Major go off to his future career… I love it, it’s like we’re both graduating at the same time,” says Ali.

The future is on Fernando’s mind, as well.

“We’re all human. We make mistakes. And I think a big important thing in life is how you react to how you ended up somewhere,” says Fernando.

He adds, “Especially if it’s a negative situation. How you deal with it and move forward.”

Ali and Madie graduate this weekend from Carroll College.