(HELENA) High school girls from around the state are in Helena this week to get a new perspective on politics, government and the law.

“The goal of this program is to help the girls become more informed citizens about our government and our democracy,” said director Jen Dalrymple.

The delegates will be organized into four simulated cities and a single state. They will campaign and hold elections for positions in those governments, and work on crafting and debating proposed laws – often touching on real-life issues.

“Some of the bills the girls have written this year are amazing,” Dalrymple said. “They do touch on political subjects. There is very intensive debate that the girls put together for those.”

The program will also offer mock trial and moot court practice, with help from local lawyers and court staff. The students will also hear from women who have been elected state legislators and county commissioners in Montana. 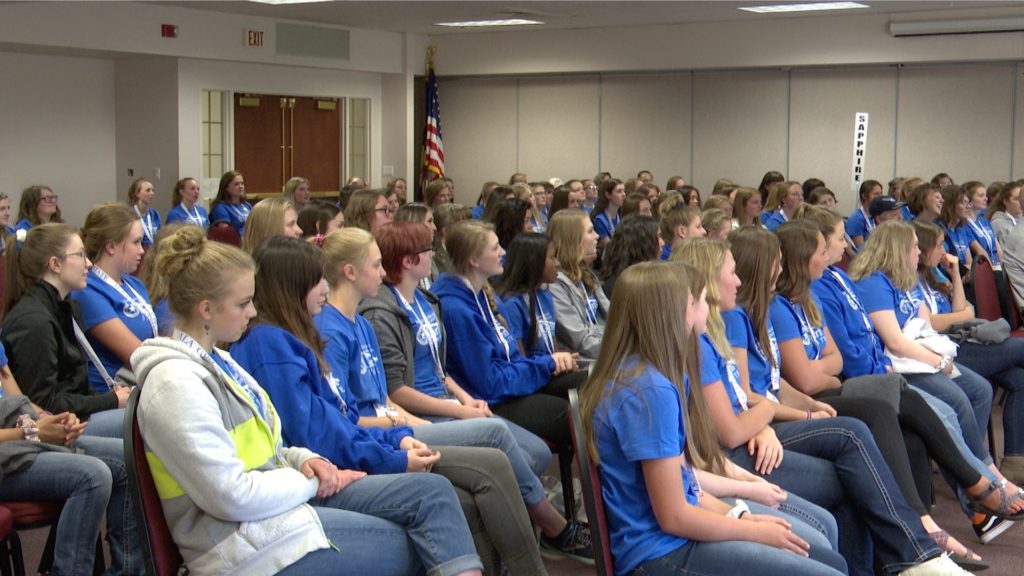 At the end of the week, two delegates will be chosen to attend Girls Nation in Washington, D.C.

This is the 71st year the American Legion Auxiliary has run Girls State in Montana. The group organizes the program as a way to show teens the impact they can have on their government.

The delegates come from every part of Montana, and they each have their own reasons to take part.

Tessa Harmon, a student at Stillwater Christian School in Kalispell, said her guidance counselor told her about the program.

“I’m really interested in law, and so politics is hand-in-hand with that,” she said. “This seemed like a really great opportunity to get to learn more about the process.”

Stephanie Adam, from Billings West High School, said her grandfather is an American Legion member and was very excited for her to take part in Girls State. She said she hopes to develop leadership skills while learning about government.

Dalrymple said she’s been impressed by the delegates’ knowledge and dedication. She said they will show they have the makings of future leaders.

Last year, about 130 students took part in Girls State, so participation is down. Dalrymple said they are hoping to increase those numbers again for next year’s event. She encouraged incoming high school juniors to look into taking part.

“It’s a great session, it’s fun, it’s a wonderful in-depth learning experience, and it’s going to carry with them for the rest of their lives,” she said. “The friends they make here will be like family for the week.”