(HELENA) On Saturday, the Walking Mall in Downtown Helena was filled with color, as dozens of people showed off their art skills in the annual Chalk Up Helena sidewalk art festival.

“The event is really just about getting the community engaged with art in a super accessible fashion,” said Mitch Carroll of the Helena Public Art Committee.

This is the 12th year the HPAC has organized the event. Each year, about 70 to 80 individuals and teams put their art skills and imaginations to work on chalk art on the pavement in the Trolley Block. The artists include people of all ages and all skill levels.

“Sidewalk chalk is something that attracts children – we see that all over the place as we walk around town – but also there are professionals that are using sidewalk chalk as their medium,” Carroll said. “So I think it’s really open to a broad spectrum of ages and artists and interests.”

Anne Woodland and her kids Soren and Téa have taken part in the event each of the last ten years.

“We started when the girls were very young,” Woodland said. “Téa had just turned three.”

This year, they were working on a drawing of a multicolored cat.

“It takes a long time to do one chalk picture, but it’s fun because it’s a big project that we can all do together,” said Soren, an incoming junior at Helena High School. 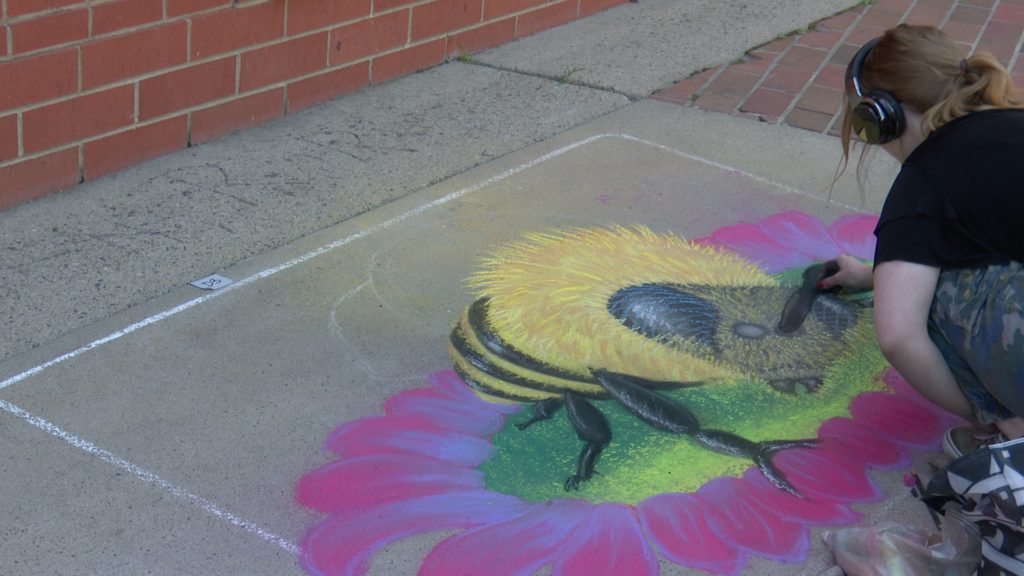 “Just being a family doing it together,” added Téa, an incoming Helena Middle School 7th-grader.

The theme of this year’s event was “Respect,” tying in with Saturday night’s Symphony Under the Stars, which featured the music of Aretha Franklin.

Artists were divided into five categories – ages 10 and under, ages 11 to 14, ages 15 to 18, ages 19 and over and groups – plus a separate category for professional artists. A panel of three judges – Mayor Wilmot Collins, artist Connie Bergum and Birds and Beasleys owner Sandy Shull – selected their favorites in each category. The public could also vote for a “People’s Choice” winner in each group. 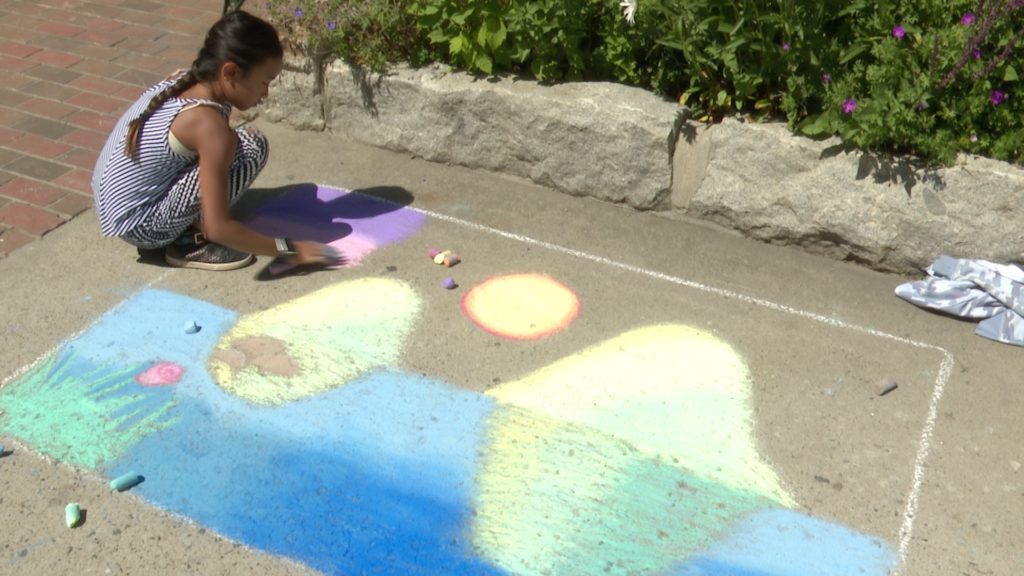 Organizers say Chalk Up Helena is all about bringing art closer to people.

“People that are walking through, they’ve got smiles on their faces, they’re stopping to look and talk with artists that are working,” Carroll said. “It sort of captures everybody’s imagination and interest.”

“After the event’s over, we always come down and revisit our piece of art a few days afterwards, and it’s really fun to see all the bike tracks that have gone through it and the footprints that are over the top of it, and eventually the rain washes it away,” said Anne Woodland. “That’s kind of the best part.”