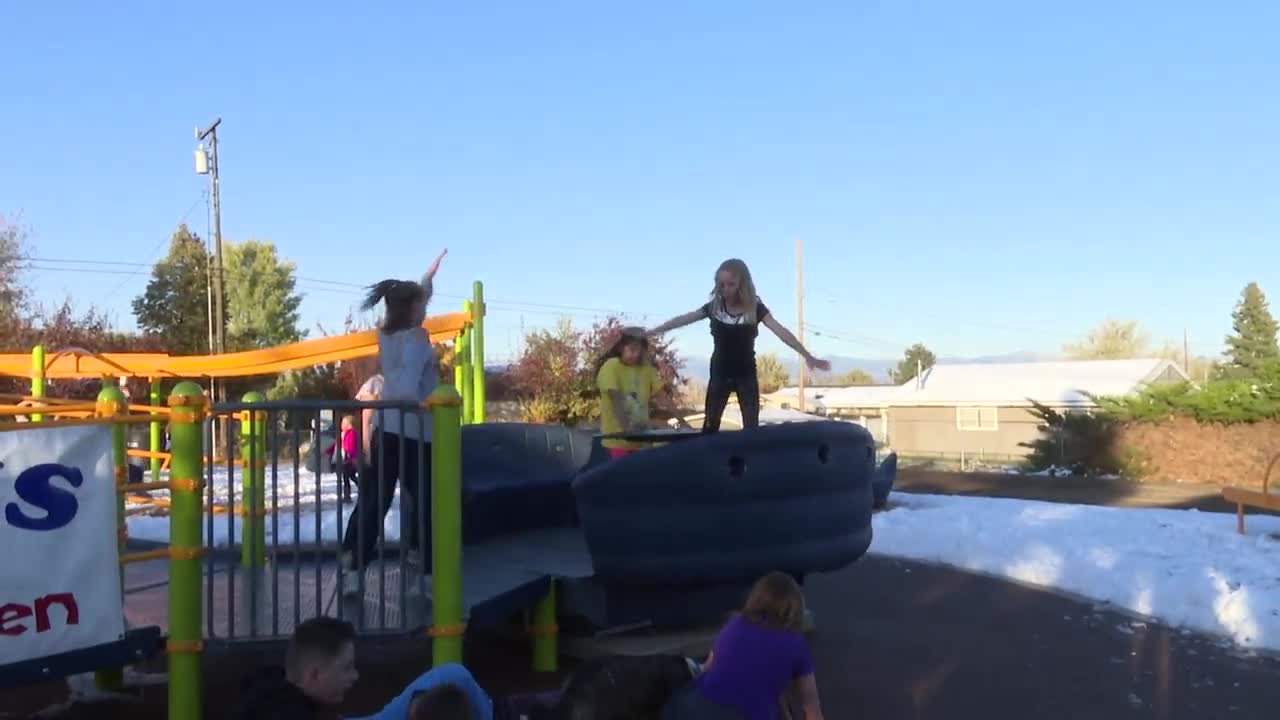 HELENA — Cherry Park unveiled their new, all access playground which opened Friday evening thanks to the Kiwanis Club.

The project took two and half years for the initial concept to become reality, including, six months of design, team building and coordination.

Fund raising efforts took about ten months to complete; the community raised half of the park’s funds, and the other half came from grants.

Mayor Wilmot Collins attended during the opening ceremony and thanked the community for their diligent efforts.

The park is ADA accessible and has a rubberized surface which makes it easier for people with disabilities to move around the play area, unlike other traditional playgrounds with wood chips.

Jason Egeline, Kiwanis club member, said, “And it was people within the community that said 'hey this is a really cool project I want to be a part of that--here's a way I can help,' so what you'll see here in the next few weeks, we have a park sign, but I'm also going to put donor plaques on each piece of equipment because each person who donated, is a piece of this park project.”