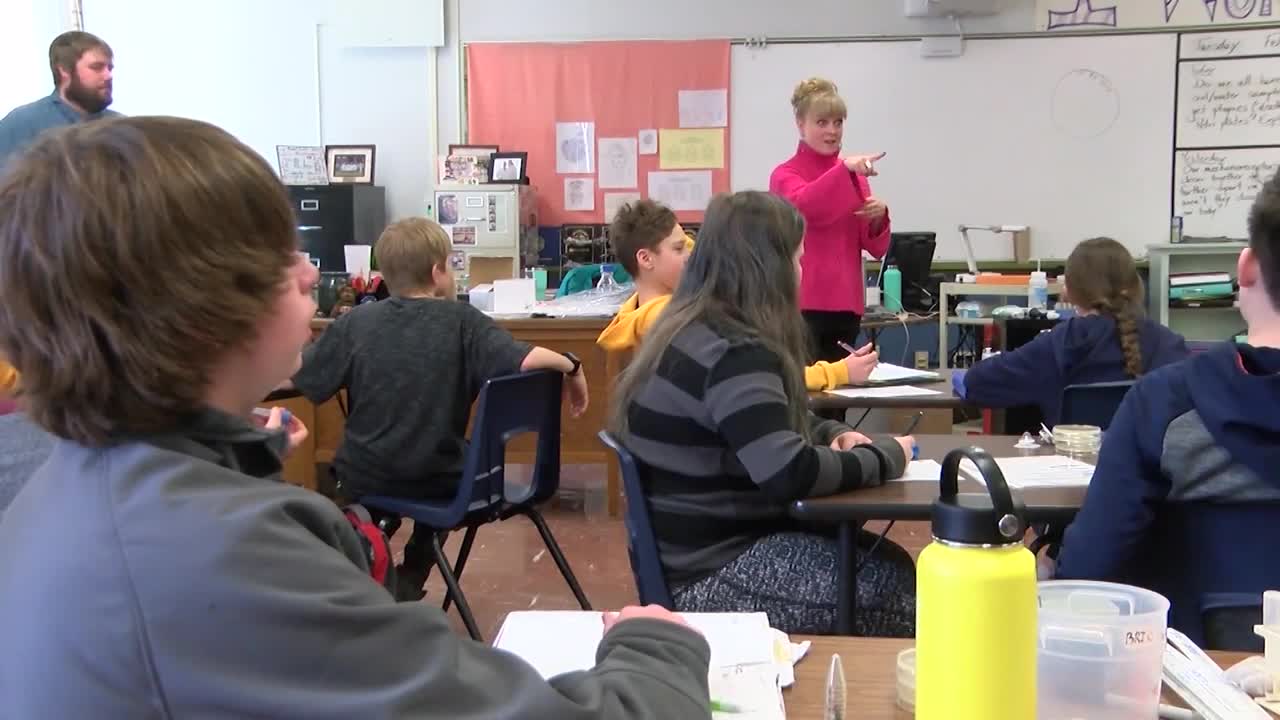 Phages, short for bacteriophage, are viruses that infect and replicate inside bacteria.

Students brought in soil and water samples from around Helena to see if any of the samples contain phages that attack tuberculosis (TB). Due to the potential serious health concerns of testing on TB, the students used mycobacterium smegmatis which is similar but poses no threat to humans.

“I think this program is really cool so we’re really lucky to be able to do it in this class this year,” said Kathleen Cook, 7th grade.

CR Anderson biology teacher Megan Lane has partnered with Montana Tech for over 14 years to help collect and test the samples.

The program is made possible through a grant from the National Institute of Health through Montana Tech.

Lane told MTN the project is a great opportunity for the students to apply the the science work they’re already doing in the classroom to a project that will be used by actual researchers.

“Getting to share with students that what they’re doing right now in class is going to go on and be used by science in a real way is pretty phenomenal,” said Lane.

The students worked with Chris Doyle of Montana Tech’s Clark Fork Watershed Education Program to prepare their sample for testing.

Doyle said he loves being able to bring this level of research into the hands of middle school students.

“It’s awesome, that’s what drives us for this program,” said Doyle. “We love doing the research of course, but we feel that the future of science is in these positions for these students. It’s shown that if we can bring these experiences to these students in this setting, it drives them forward. We’ve had lots of students that have worked with us after the program.”

If a student does find a phage, they get to give the virus its official scientific name which is then registered.

“We live in a world where it seems like there’s not a lot left that’s maybe new,” explained Lane. “So to tell students that they’ll be the first ones ever to discover this phage that will be new to science, that they get to name it becomes its scientific name, that is just pretty mind blowing.”

Lane’s students have discovered more than 15 phages since the partnership began, but the students' work may go even further than just naming a new phage.

In 2019, a 17 year-old girl in England needed phage therapy to combat an infection of mycobacterium abcessus after a double lung transplant.

Samples CR Anderson collected are part of the collection held at the University of Pittsburgh that was used to treat that girl, and credited with saving her life.