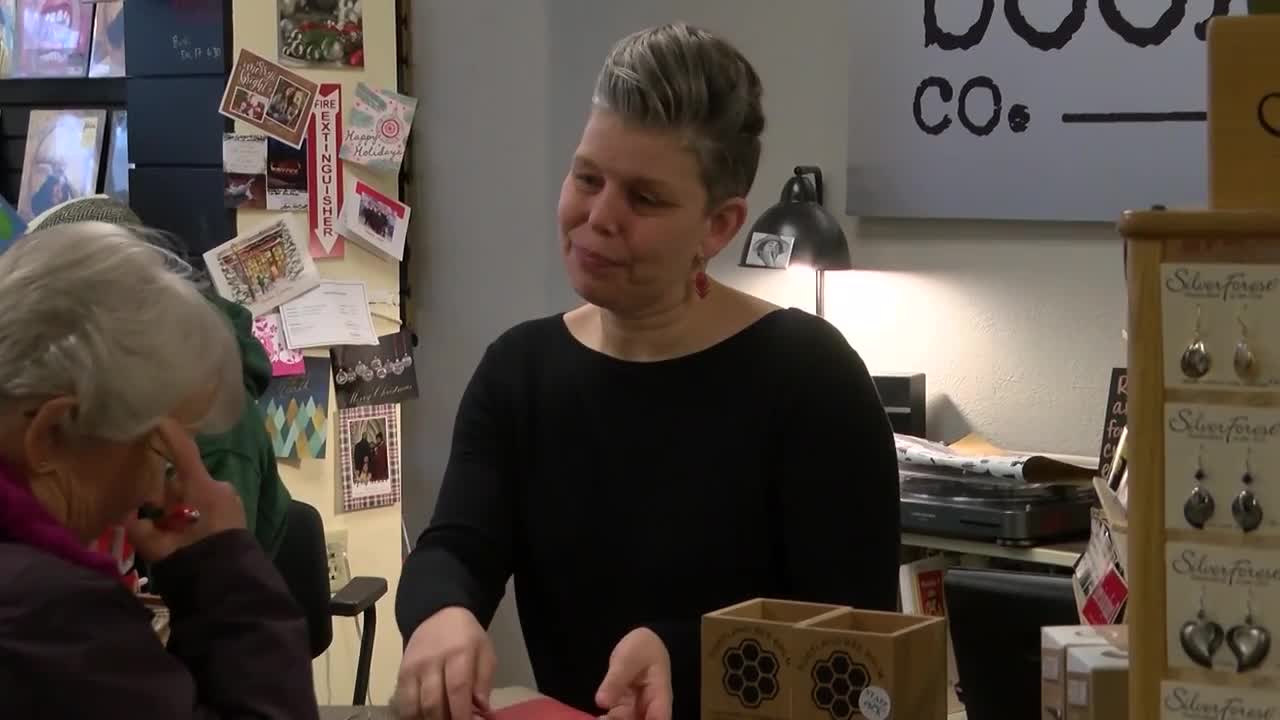 HELENA — People were out and about in downtown Helena on Christmas Eve searching for last minute gifts and wrapping up their holiday shopping.

There were only 26 shopping days from Thanksgiving to Christmas this year, making it one of the shortest shopping seasons.

“It’s been a little odd this year because Thanksgiving was so late,“ said Brie Harrington owner of The Painted Pot. “The weekdays have been a lot more packed though.”

Montana Book Company made six transactions within their first couple minutes of being open on Dec. 24.

“I just see a profound return to shopping local and that really warms our hearts, for not just us but for all of the people who own small businesses around Helena,” said Rice.

A 2018 American Express study showed around two thirds of each dollar spent at a small business stays in the community, compared to 48 cents on the dollar for a chain retailer.