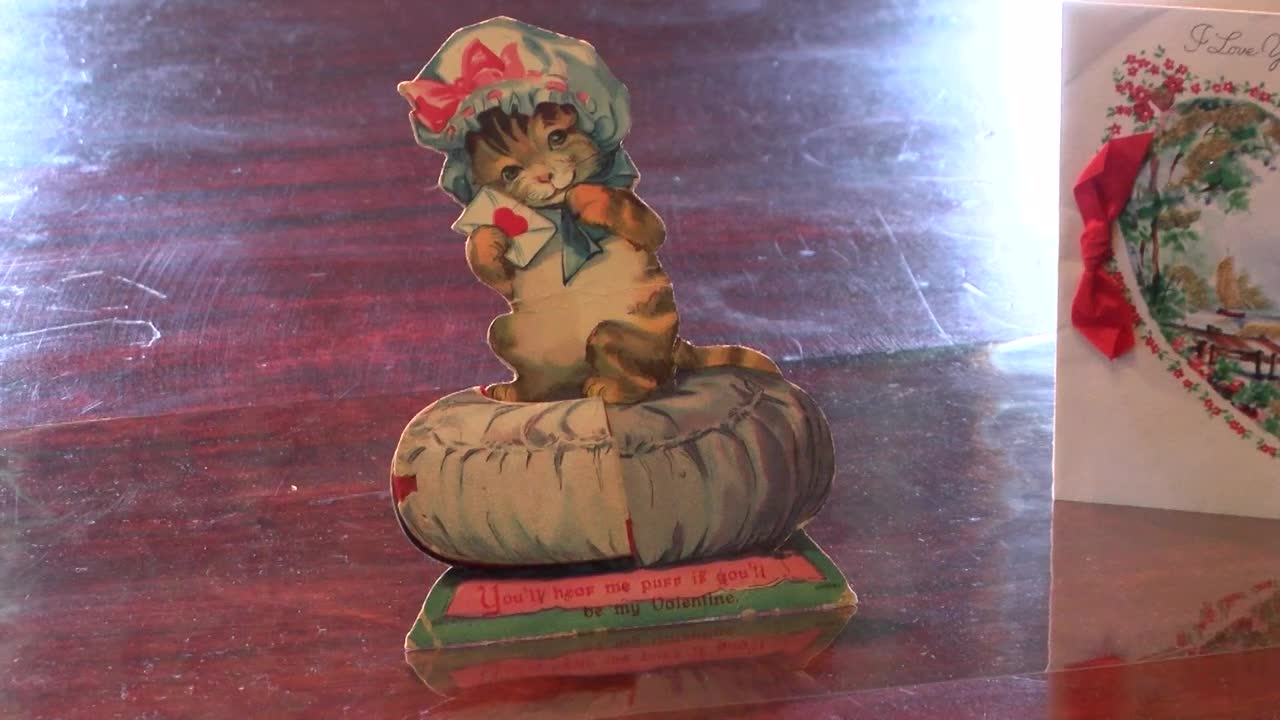 HELENA — The tradition of giving Valentine’s Day cards dates back to the 1800s.

During February, the Original Governor's Mansion will be showcasing some of Montana’s valentines throughout the years.

The cards on display at the historic property range from the 1860s to the 1940s. As the cards date back further in time, the more handmade elements they have.

However, no matter the age they all feature the same romanticized language we’ve come to expect with valentines day cards. One card has the saying, “You’ll make me purr if you’ll be my Valentine,” and another says, “I could love you, as easy as pie!”

Each card on display has a personal Montana connection and was meant for someone that person loved.

“They weren’t just some item from a card shop,” said Anthony Schrillo, historical interpreter. “They were made and mailed to someone, given by someone. They have a human connection which makes them very special.”

One of the cards being displayed this year also has a personal connection to the Original Governor’s Mansion.

The card, dated 1927, was mailed to a Charles B. Power, whose family resident at 304 N. Ewing St. before it became the Governor’s mansion.

“We assume it was for Charles Jr. who would have been 21 at the time,” said Schrillo.

Charles B. Power Jr.’s grandfather was Thomas C. Power, one of the first U.S. senators from Montana and prominent businessman.