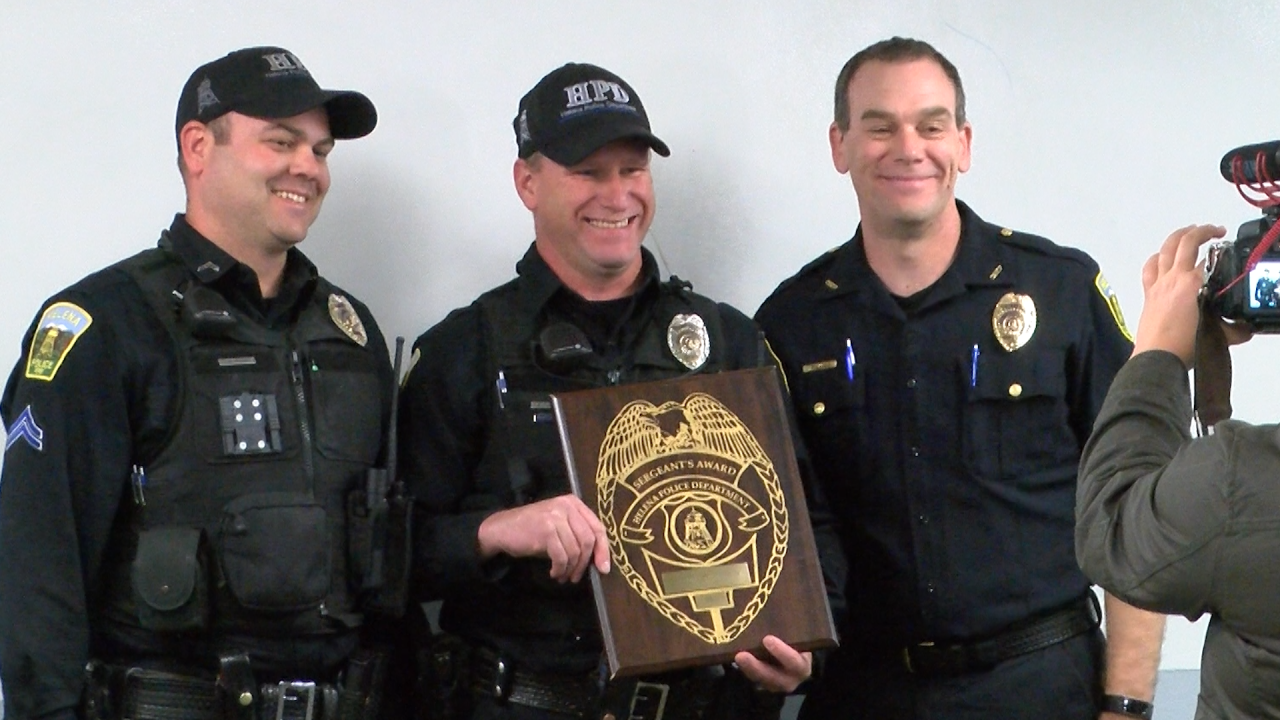 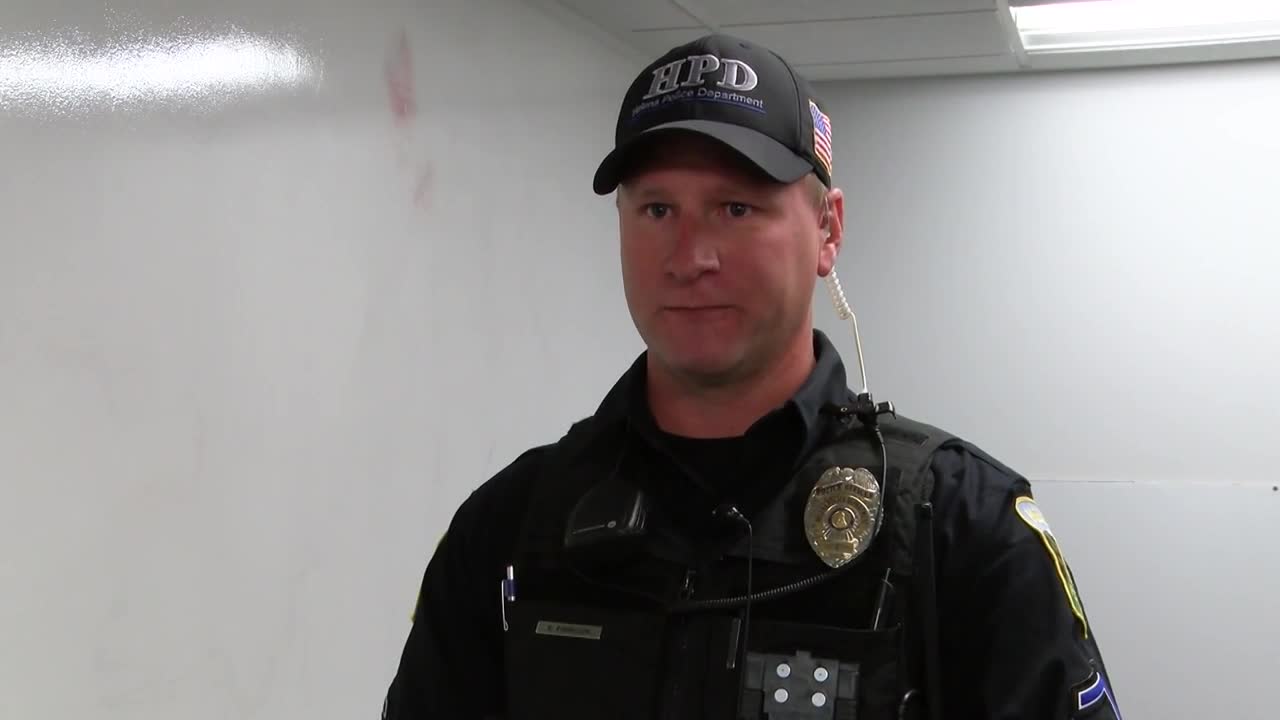 HELENA — Officer Scott Finnicum with the Helena Police Department (HPD) was awarded the Distinguished Service Award on October 18 for exceptional quality of service to his community.

On September 27 a motorist pulled into a private driveway, striking and destroying a handrail attached to the home before fleeing.

HPD Cpl. Bryan Haven initially responded to the scene and met with the woman that lived at the residence.

The woman explained to Haven she lives with a disability that limits her mobility and depends on the handrail to leave the residence.

She didn’t know how she would afford to replace the railing, fearing she would effectively be trapped in her home.

Finnicum learned about the woman’s plight from Haven and decided to help.

“She needed the help and didn’t have anybody that was going to help her at the time,” said Finnicum. “So, somebody’s gotta do it.”

Once he was off duty, Finnicum met with the woman and came up with a plan to fix the railing.

The nine year HPD senior officer had previously worked in the construction industry and put those skills to use.

Using his own tools, a couple 2x4 boards and materials the woman had, Finnicum had the railing rebuilt that night.

“Maybe not so much the recognition,” quipped Finnicum, “But more of just being able to be out there helping people.

He was also awarded the Sergeants Award on Friday by his fellow officers.

The award is used by the HPD sergeants to recognize officers that go above the call of duty.

HPD Interim Police Chief Steve Haggen says going above and beyond is Finnicum in a nutshell.

“He goes above and beyond to help someone in need, then he goes to a situation that requires him to use force,” said Haggen. “He uses that force in a very reasonable and judicious manner, keeps his calm and keeps his cool. He then investigates and helps a victim of sexual intercourse without consent. I really appreciate Scott and his work.”