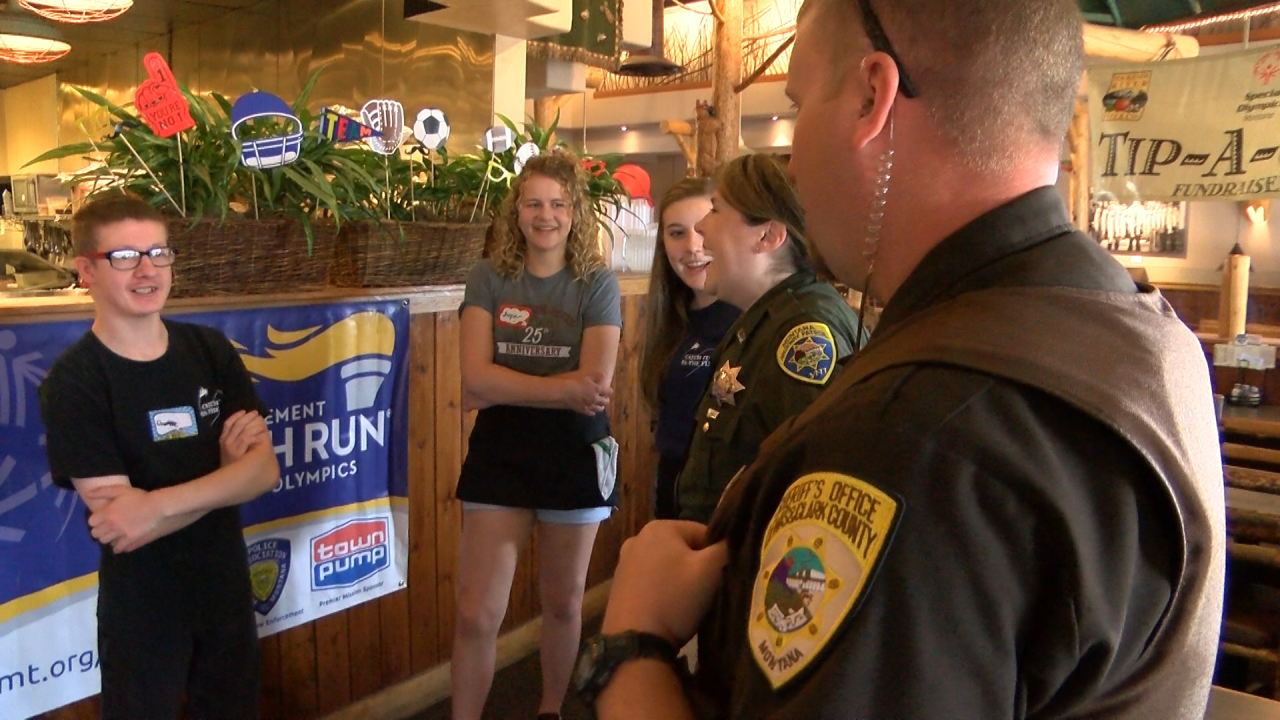 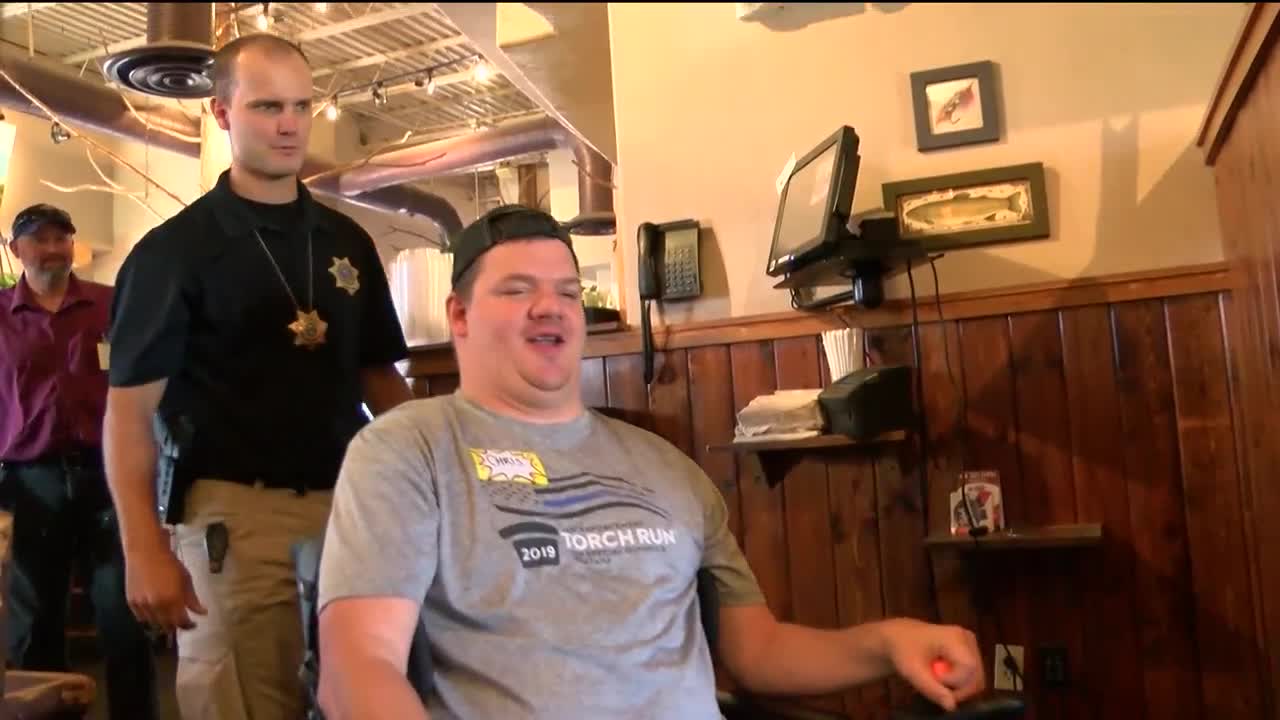 HELENA — Law enforcement were out slinging slices of pizza on Monday to help raise money for Special Olympics Montana.

Officers took part in Tip-A-Cop where they volunteered as ‘celebrity servers’ at Mackenzie River Pizza.

Last year the event raised around $5,200 in Helena and organizers are hoping to raise more than $30,000 this year statewide.

Tip-A-Cop has raised nearly $140,000 for Special Olympics since its inception 8 years ago.

Deputy Tony Galahan with the Lewis and Clark County Sheriff’s Office says Special Olympics is a huge for the athletes and he’s personally just happy he can help out.

“It’s always just smiles, coaching each other on and everybody is just doing their best and everybody loves it,” said Galahan. “You’ll never see a negative moment in Special Olympics and that’s why I love it.”

60 percent of proceeds raised will go towards helping local athletes and the other 40 percent will help cover statewide Special Olympics costs.

The next Tip-A-Cop event will be held in Great Falls at Mackenzie River on September 17.