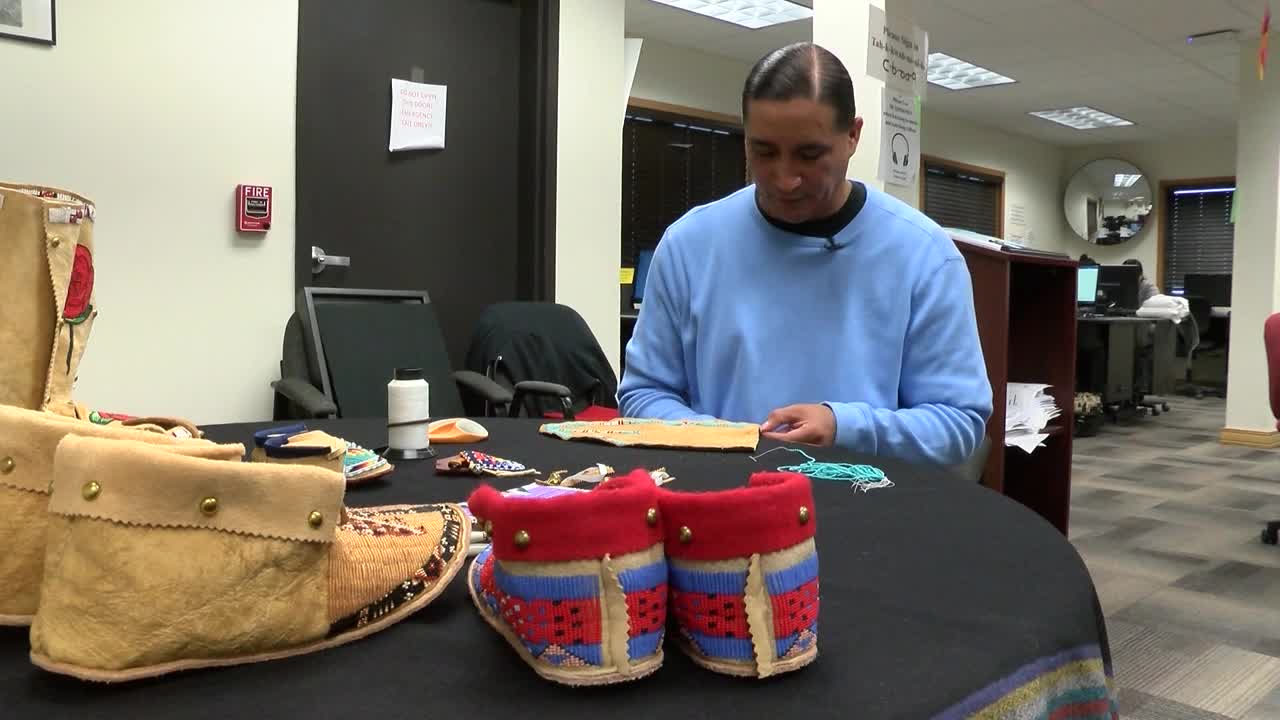 John Murie’s stunning beadwork is the star of the show on social media. But for the instructor at Stone Child College in Box Elder, it’s the art of teaching others that means the most.

With a look of concentration on his face, and thousands of tiny turquoise beads, he works on a pair of moccasins inside the college library.

Murie’s been creating in some form since he was young, when his mother bought him art supplies.

Now, his beadwork attracting thousands of loyal likers on Instagram.

“I started posting a pair of moccasins a day, for like three or four months,” said Murie. “The first post, there wasn’t many people. By the time three months was up, I had a few thousand followers.”

Now, more than 13,000 people follow along as he posts his latest creations.

Through his beading, he hopes to keep a tradition alive.

“We can’t just say the only thing that matters is 100 years ago,” Murie said. “No, we matter, and we’re still here, so we gotta keep going, and we’re going to keep telling our stories through art.”

And through teaching, he wants to inspire a new generation of artists to create.