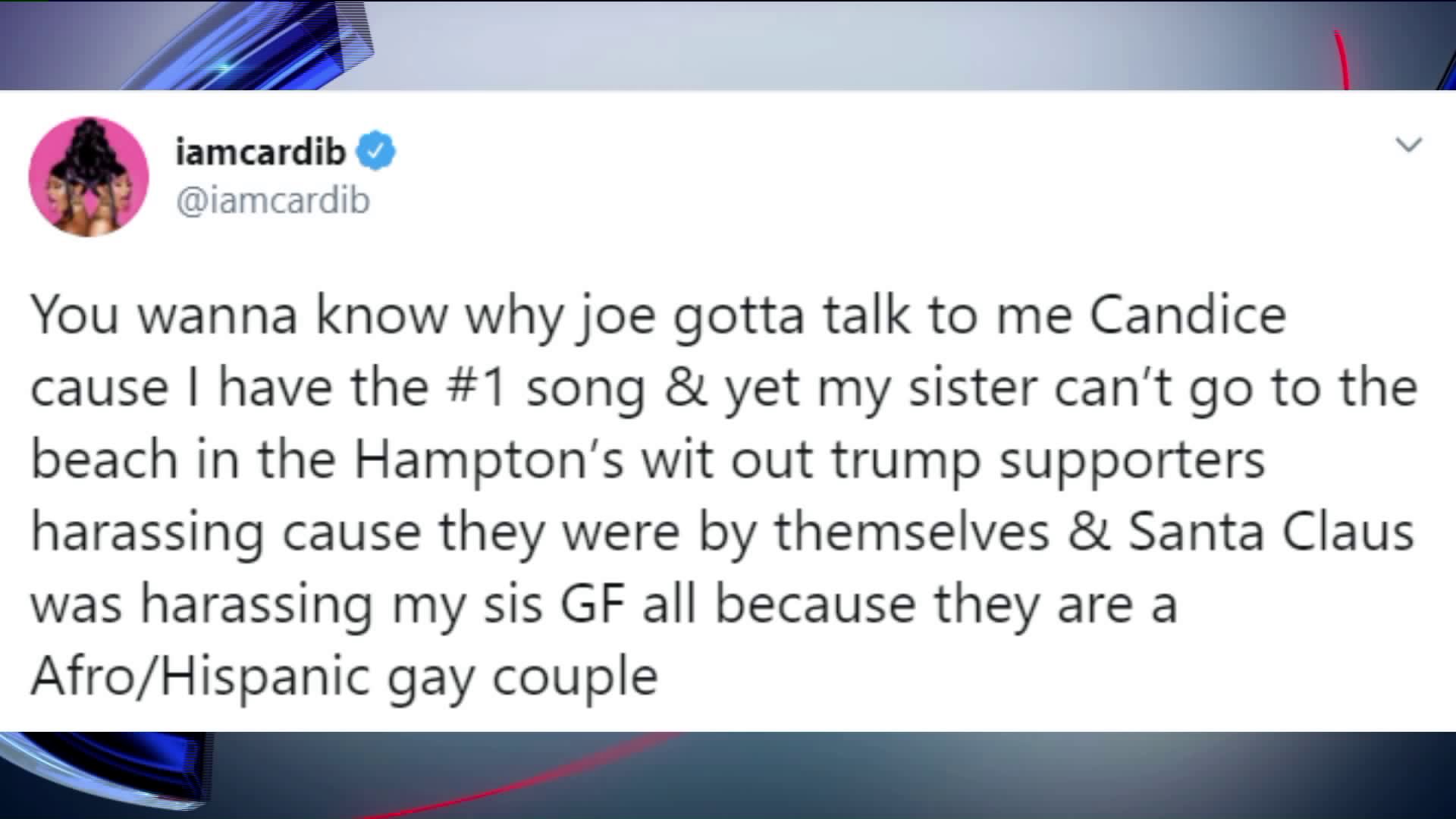 Cardi B, her sister and her sister's girlfriend are being sued over a social media video in which the rapper called a group of Long Island beachgoers racist. 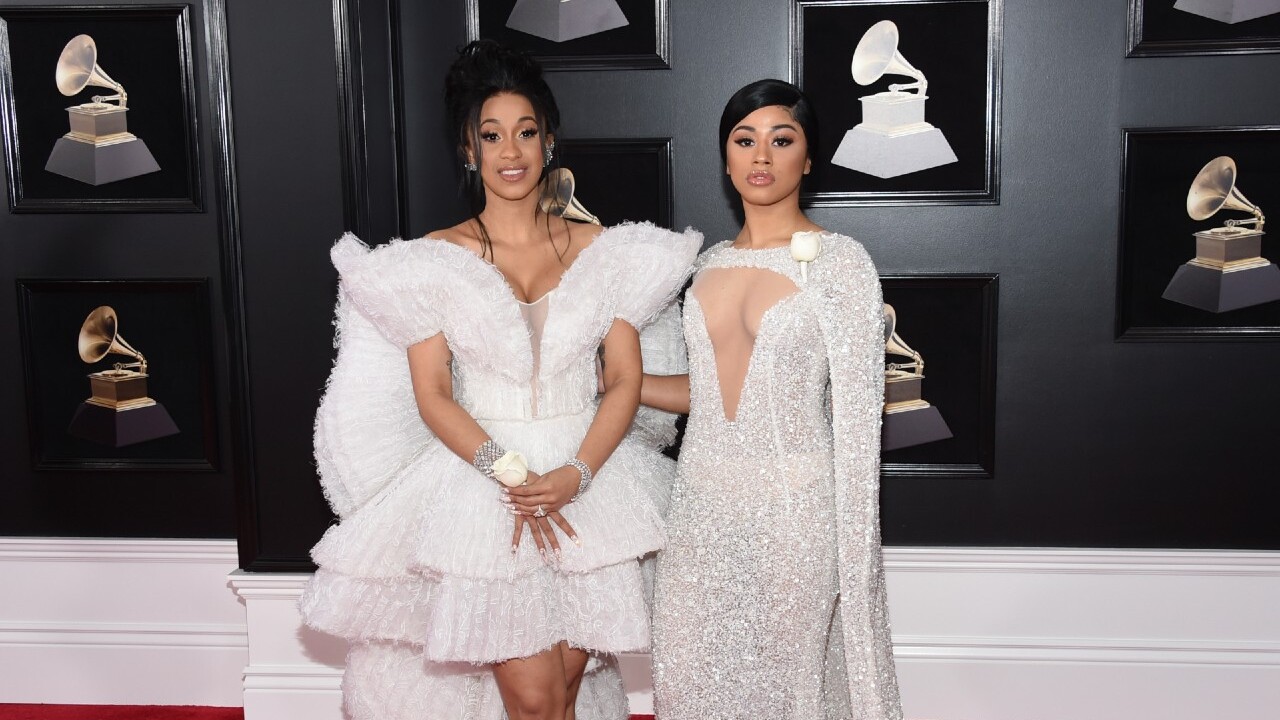 Cardi B and her sister Hennessy Carolina are facing a defamation lawsuit after the rapper posted a video on social media accusing a group of Long Island beachgoers of being racists.

The video was taken on Sept. 6 at Smith Point Beach in Suffolk County, according to the plaintiffs' attorney. It shows Carolina and her girlfriend, Michelle Diaz, involved in an expletive-filled spat with three people who are supporters of President Donald Trump.

Cardi B shared the video with her massive social media following and accused the group of being racists who attacked her sister and Diaz.

Now, the people on the other end of the video are suing the rapper for defamation, claiming Cardi and company attacked them.

Attorney John Ray, who represents the plaintiffs, said his clients were enjoying a beach day with their families when Carolina came running up the beach toward them.

“Hennessy Carolina suddenly approached them, raging, spitting, insulting, assaulting, defaming and threatening them, all the while videotaping them, because one of them wore a MAGA hat,” Ray said in a statement. “Then Hennessy, Cardi B and celebrity model Michelle Diaz deviously edited the videotape and published the edited version all over social media, across the world for all to see, and maliciously falsely labeled these residents and their families as ‘N…s’ and as racists.”

The video was posted by Cardi B several weeks ago during a heated social media war between the rapper and conservative media personality Candice Owens.

In the caption she posted along with the video, Cardi B said her sister and Diaz were being harassed because they are “an Afro/Hispanic gay couple.”

However, the beachgoers painted a different picture of the incident during a news conference Tuesday detailing the lawsuit.

Peter and Pauline Caliendo, of Moriches, and Manuel Alarcon, of Middle Island, said Carolina got in their faces, cursed and threatened them repeatedly after they asked Diaz to move a vehicle that was blocking other cars.

Peter Caliendo and Alarcon said the video affected their careers, and Pauline Caliendo said she has had to defend herself to her family and friends.

While the Caliendos had a Trump flag on their beach tent and Alarcon had a Make America Great Again hat on, all three insisted they are not racist or homophobic and that the incident had nothing to do with the president or race.

“Anyone who knows us knows we’re not racist or homophobes,” Peter Caliendo said.

Police were called to the scene, according to Ray, but the women had left before officers arrived on the scene. A police report was filed, Alarcon said.

The lawsuit alleges that the video was created and posted online in an attempt to advance their careers. Ray cited a civil rights law that prohibits the use of a person's image for commercial purposes without written permission.

"What they have done, they went to this beach where they never go, they went there to create a scene...to create a commercial profit. To make money," Ray said. "They've published it everywhere, advancing their careers."

Ray said they are seeking $20 million in damages collectively for all three plaintiffs as well as a percentage of the value of the video that Cardi B posted. The lawsuit also includes civil charges of assault and battery.

Cardi B’s attorneys have not yet responded to the lawsuit.

This story was originally published by Vanessa Freeman and Lauren Cook at WPIX.