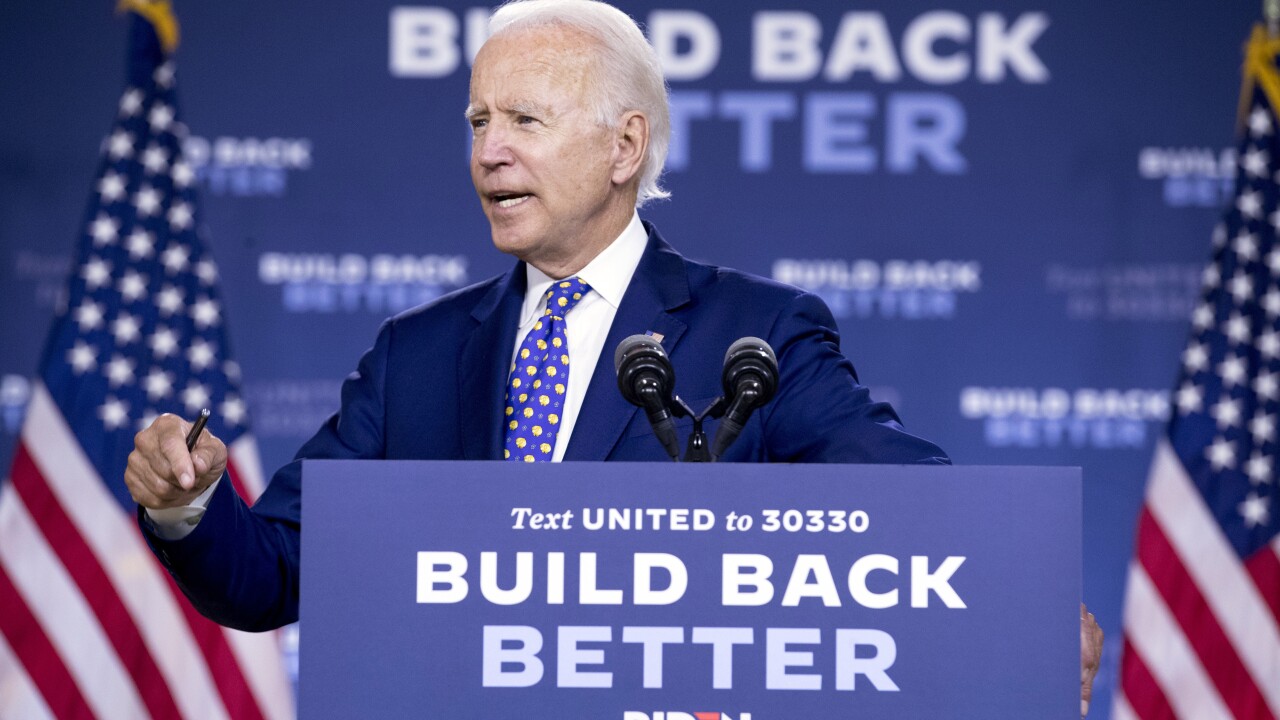 Democratic presidential nominee Joe Biden has presented a broad—and expensive—set of housing policy prescriptions. Some commentators have called them a “comprehensive plan” for housing, while others say Biden is throwing big money at real problems without offering practical solutions.

Either way, the Biden campaign’s housing plan is a wish list. If Biden wins, final passage of most of these proposals depends entirely on which party ends up controlling Congress.

This article is based on known Biden proposals to:

Forbes Advisor reached out to both the Trump and Biden campaigns, but neither responded for comment. To learn how the Trump administration might handle housing issues during a second term, see this story.

Biden’s plans earmark billions of dollars to provide fair and affordable housing for middle-class families and the poorest Americans. All in all, Biden’s housing policy proposals would cost $640 billion over 10 years, although he has not detailed where any of this funding would come from.

The Biden plan would put $100 billion into an “Affordable Housing Fund,” the bulk of which ($65 billion) would provide incentives to develop and rehabilitate low-cost housing where there’s a shortage.

“These funds will be directed toward communities that are suffering from an affordability crisis and are willing to implement new zoning laws that encourage more affordable housing,” according to Biden’s plan.

“Expanding vouchers to all those eligible will need to be matched with a strong, national measure to include ‘source of income’ as a protected class under fair housing law,” says Miriam Axel-Lute, editor of Shelterforce, a nonprofit publication published by the National Housing Institute.

Biden also would push for a law that would ban discrimination against tenants who use Section 8 vouchers or receive other federal housing benefits.

Biden has pledged to reinstate the Obama administration’s Affirmatively Furthering Fair Housing (AFFH) rule. The Trump administration only recently terminated the rule, which required towns and cities that received HUD funding to create plans to eliminate housing descrimination in their localities.

Critics of AFFH have said there were too many hoops to jump through in order to get funding, while proponents have defended the initiative as being an integral step in promoting fair housing policies.

“Biden’s proposal shows that there is institutional racism and biases we need to change. If we want to reestablish the Black middle class in this country, homeownership has to be part of that,” Dorpalen says. ”The Biden housing platform has that built-in.”

President Trump has falsely stated that the AFFH rule would have “required high-density zoning, eliminated single-family zoning, and destroyed our suburbs.” The rule does not mandate any particular solution to discrimination or unfair practices; it just requires that each community identify the problems and come up with a workable solution.

Solomon Greene, a senior fellow at the Urban Institute, a Washington D.C.-based think tank, says that AFFH holds municipalities accountable if they want to receive federal dollars, but doesn’t tell them how to do it.

“The 2015 AFFH rule offers guidance, not a particular solution,” says Greene, who was part of the HUD team that wrote the rule in 2015. “Every plan I’ve reviewed has been incredibly diverse; there was a huge range of strategies depending on the area. This is very far from Trump’s assertion that the AFFH rule was requiring rezoning of suburbs or even to build affordable housing.”

The U.S. faces a shortage of housing, running 19% below last year’s supply. Although new construction was up in July, the housing market needs more positive growth to reach balanced levels, says Lawrence Yun, chief economist at the National Association of Realtors (NAR).

The housing shortage is the most pronounced in the West, according to data from NAR.

Experts on both sides of the aisle have called for a ban on single-family zoning, which is said to drive up home prices and restrict new construction, contributing to the housing shortage.

A story by Charles Marohn published in The New Conservative says about single-family zoning: “After all, there is no greater distortion of the market than local zoning codes, and there are few bureaucracies doing more harm to property rights and freedom than local zoning offices.”

Biden addresses zoning issues several times in his housing plan when it concerns discrimination or where federal grant money is involved.

The Biden plan would seek to “eliminate local and state housing regulations that perpetuate discrimination.” More specifically, a Biden administration would require states receiving community development or transportation block grants from the federal government dollars through Community Development Block Grants or Surface Transportation Block Grants to incorporate inclusionary zoning into their planning. Inclusionary zoning requires that a portion of new construction is set aside for affordable housing.

Biden also would allocate $65 billion for state housing authorities and the Indian Housing Block Grant program to build and restore housing in low-income areas. This money would go to communities “that are suffering from an affordability crisis and are willing to implement new zoning laws that encourage more affordable housing.”

Ed Pinto, senior fellow at the American Enterprise Institute, a right-leaning think tank, doesn’t believe that Biden’s plan goes far enough to eradicate single-family zoning. According to Pinto, single-family zoning promotes “NIMBYism,” an acronym for “not in my backyard.”

“We have supply constraints because of terrible zoning policies,” Pinto says. “Single-family zoning promotes NIMBYism, which drives house prices up tremendously in low-cost areas. None of the things in Biden’s proposal would make things better. You still end up with a housing shortage, nowhere to build and federally guaranteed loans that increase demand against limited supply.”

The Biden housing plan sets a goal to stamp out racially biased practices like redlining, which denies people services or charges more for those services based on race, religion or ethnicity. Furthermore, the Biden plan wants to ensure that Americans spend no more than 30% of their income on housing, which would help people in all income brackets. These ideas would be achieved by enacting legislation similar to the “Housing, Opportunity, Mobility, and Equity (HOME) Act.”

The HOME Act would give a refundable tax credit to people who spend more than 30% of their income on rent. It also would require inclusionary zoning—a requirement that developers set aside a percentage of units that would be rented or sold at reduced prices—which would help increase affordable housing construction while also knocking out housing discrimination based on race and income.

The Biden plan also would target unfair property appraisals, which values Black-owned homes at tens of thousands of dollars less than comparable white-owned homes. A study by the Metropolitan Policy Program at the Brookings Institute found that homes of matching quality and amenities in predominantly Black neighborhoods were valued at 23% less than in those neighborhoods with fewer Black residents.

“Anti-discrimination legislation, like ending redlining—which Biden proposes—in housing is crucial,” David Dworkin, CEO of the National Housing Conference, a nonprofit, nonpartisan coalition of national housing leaders from both the public and private sector, says. “What Biden is proposing would help millions of Americans. There’s a disturbing element of ‘I’ve got mine, too bad for you.’ Some people say, ‘I put 20% down on the house, why can’t you?’

Biden’s housing plan aims to reduce or eliminate discriminatory practices in the housing industry through legislation and expanded funding, from reinstating Fair Housing Rules to broadening programs that would help low-income families.

“Biden has one solution to every problem: he’s going to spend more money on it. There’s very little thoughtful planning here; what there is is an open checkbook,” says Michael Tanner, senior fellow at the Cato Institute, a libertarian think tank.

How Would A Second Trump Term Impact Major Housing Issues?