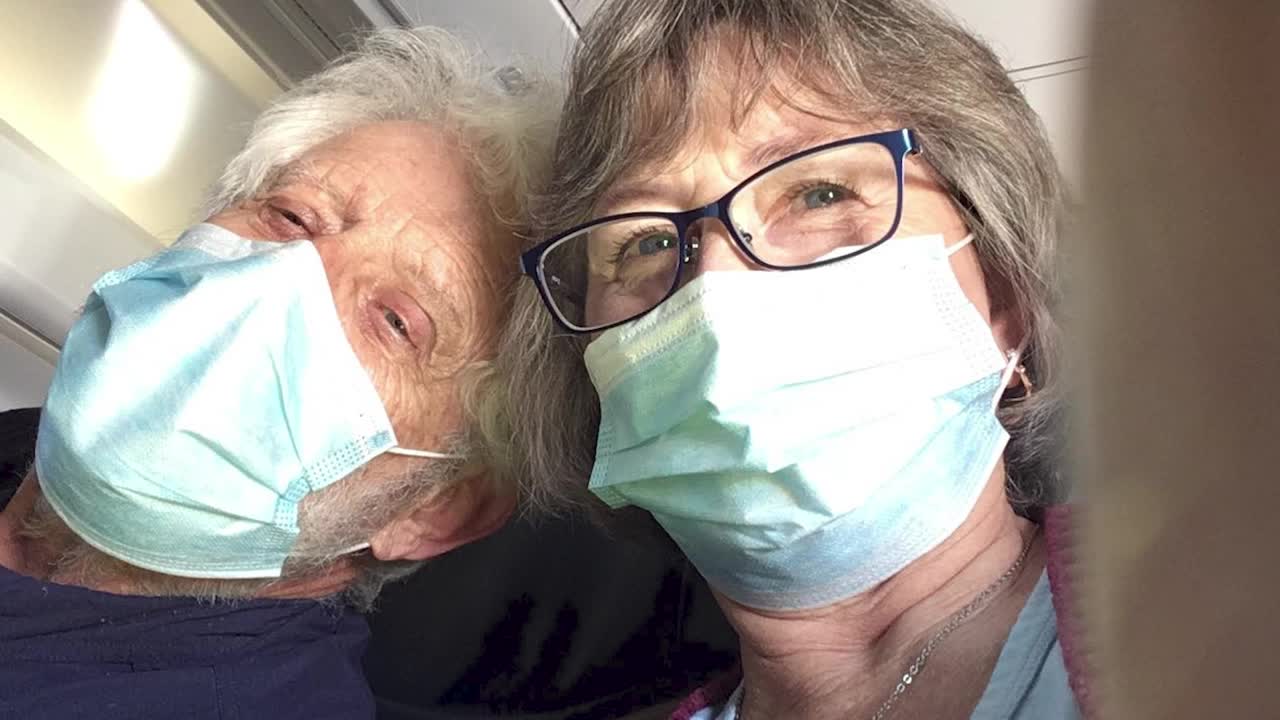 A Helena couple is back home after returning from a cruise to Hawaii that was impacted by the coronavirus.

Helen and Gary Curtis are now quarantined in their house, so via video chat, Helen explained their experience to MTN.

"It's much better to be home, for sure,” Helen said.

The couple returned home Sunday from their vacation on the Grand Princess, which took a turn when the coronavirus broke out on board.

They ended up isolated in their room for one week as the ship lingered off the California coast. Last Thursday, the couple was finally allowed off the boat, but the ordeal wasn’t over.

They got on a plane headed to Dobbins Air Reserve Base in Georgia for quarantine.

"Lots of uncertainty,” said Helen. "Once we got to Georgia, what did that mean?"

They spent two days at the base, which Helen described as quiet. They saw other people, but typically stuck to themselves.

On Sunday, they received a phone call, saying a U.S. government contracted plane would take them to Montana.

"If we wanted to go, be out at the front of the building at 10 o’clock,” said Helen. They seized the opportunity.

Once they arrived at the Montana National Guard’s C-12 hangar, DPHHS tested them for the virus.

Soldiers fed them, and drove them to their house, where the couple has to stay until March 30th.

Despite the major change of plans, Helen remains positive. They are able to see their family and friends through their window, and some have dropped things off for them on their porch.

She said they still don’t have their luggage, but she’s maintaining a good attitude about the trip.

"Yeah, I have a lot of questions, if things were done properly all the time, but there's no reason to frustrate myself over it and cause myself stress,” Helen said. "That's for later, but get me home, and I'll be okay."

Both Helen and Gary’s coronavirus tests came back negative.