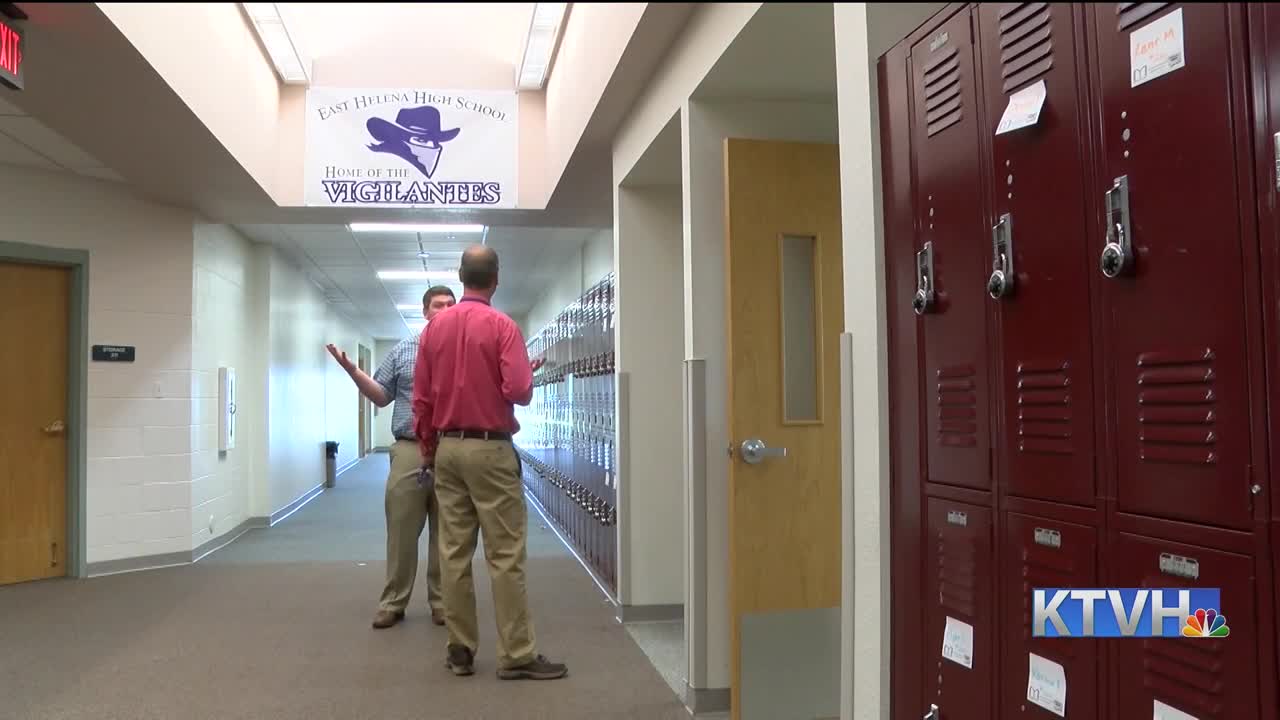 Those familiar to East Helena know the area has been home to Tigers for many years. As of August 28, it’s now officially to some Vigilantes.

The inaugural Freshman class of East Helena High School had their first day of school on Wednesday.

“It’s an exciting day,” said Principal Dan Rispens. “We’ve been working and looking forward to this day for some time. There’s been a lot of nerves, a lot of tension, a lot of excitement and just having the kids here today makes it all complete.”

Their new school hasn’t been finished yet, so the freshman classes will be held in the expansion of East Valley Middle School.

The school has had to make some changes to lunch periods and class schedules to accommodate the 123 additional students.

Freshmen students MTN spoke with said it’s been a smooth transition so far and not a huge change over last year.

“It’s the same building and the same layout. I used to go to study hall over here in this new section so it’s kind of the same,” said Irelynd Selby, East Helena High School Freshman.

“I like it because there’s no upper class so we won’t have to deal with that. So It’s pretty cool,” said Andrew Emmons, East Helena High School Freshman.

East Helena will be hosting Frenchtown for their first football game on Thursday August 29 at 4:30 p.m.

The school hopes people can make it out to cheer on the new Vigilantes.