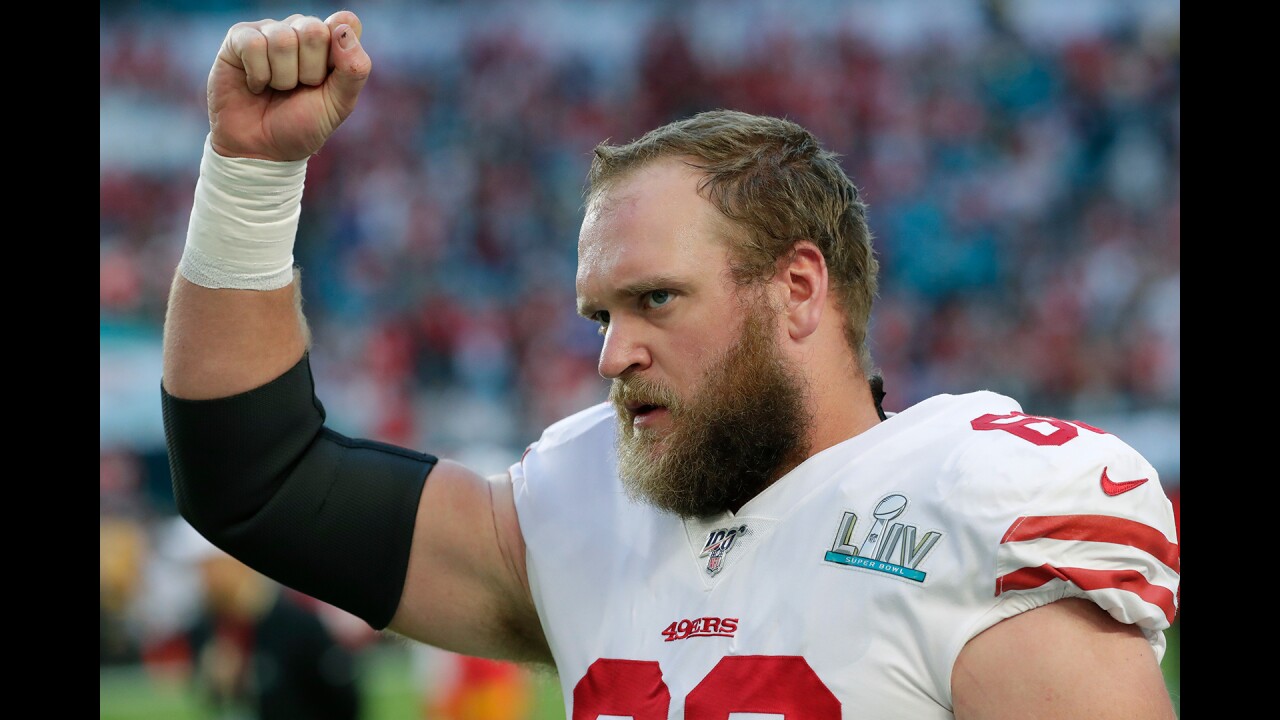 After nine years as an offensive lineman in the NFL, Glendive native Mike Person is retiring, as first reported by the Billings Gazette.

Person was a seventh-round pick by the San Francisco 49ers in 2011. He spent time with the Seahawks, Chiefs, Rams, Falcons and Colts before joining the 49ers again in 2018.

Person spent the past two seasons with San Francisco, starting 30 games at right guard. Person played all 58 offensive snaps for the 49ers in Super Bowl LIV against Kansas City, which the Chiefs ultimately won.

The 49ers released Person in March, saving the team more than $2 million in cap space. Person had two years remaining on a three-year, $8.2 million deal he signed after the 2018 season. He missed the final two games of the 2019 season with a neck injury and has missed time throughout his career with other ailments.

“If I was still under contract with the 49ers, I would still be playing," Person said. "It’s tough going into a new place, learning a new playbook. I was content with what I’ve accomplished in my career. I just want to spend more time with my family. … (My body) is good. If I don’t do too much, then it feels good. If I’m moving around a lot, then it starts to catch up to me.”

Person’s career seemed to come full circle with San Francisco. He was cut from three teams that eventually went on to play in the Super Bowl. This year he finally got to see his dreams come to fruition.

“It felt nice finally being able to make it there and contribute the way I did,” Person said. “It’s a cool, cool deal that I was able to play in that game. That’s what every kid dreams of. I definitely have had a little bit too much time to think about with everything going on in the world right now, with COVID and all that. It’s definitely a memory that I’ll cherish for a lifetime and I can’t wait to share it with my kids when they’re older.”

Person resides in Columbus, Ohio with his wife and three children. He plans on spending time with them over the next few months while mixing in some fishing as he decides the next step in his life.

“Just kind of going through a bunch of different options in my head of what to pursue. Between coaching and teaching and a few other things, there’s just some stuff that I have to weigh the pros and cons of and make the right decision for our family," he said.

Person played in 73 games across his nine seasons in the NFL, starting 48. He had just two penalties, both holding, in 2019.

He found a place in the NFL as a versatile offensive lineman. Person played all over the line but started the majority of his games at center and right guard. He started 35 consecutive games on the offensive line at Montana State and helped the Bobcats to a Big Sky Conference title in 2010. Person was also named an all-American in 2010.

Before starring at Montana State and the NFL, Person was a standout at Dawson County High School in Glendive, where he graduated in 2006. Person’s father, Jim, was a high school football coach, and that could soon be Mike’s calling, too.