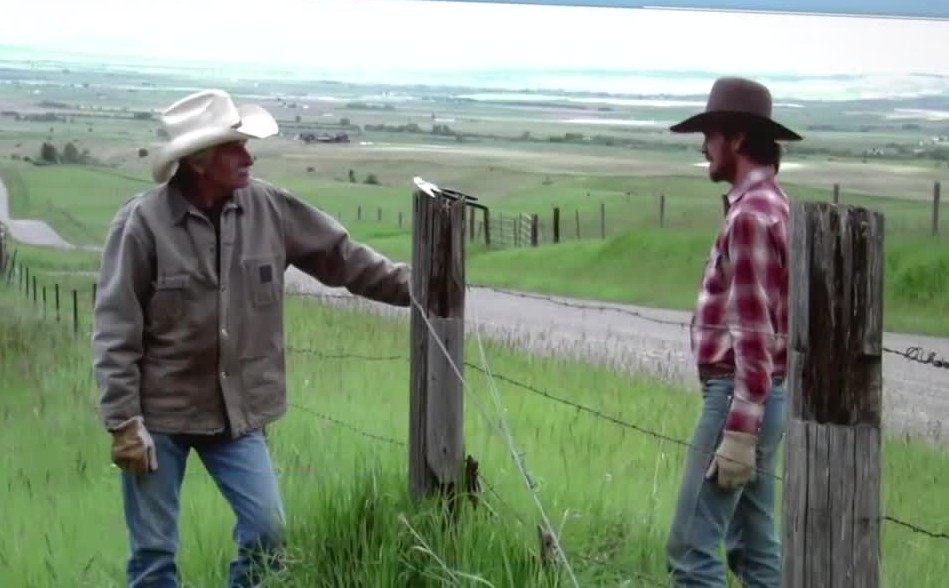 A company in Seattle asked Montana State University to test an online program designed to help people cope with depression in rural communities. A company in Seattle asked Montana State University to test an online program designed to help people cope with depression in rural communities.

“I’ll hear a story that says you know this is the only thing I have available. and that’s a common story among a lot of people who live in remote, rural areas of the state,” said Assistant Professor of Community Health, Mark Schure.

Here’s how it works: participants take a series of questionnaires about their moods.

The program then uses an algorithm that presents a specific video that matches the person’s responses to the questionnaire.

At the beginning, the videos weren’t resonating with people in rural Montana. so that’s when researchers partnered up with Montana State University’s film program.

“The videos were very city-oriented, urban-oriented, and we needed to tailor it for the rural frontier population,” said filmmaker and film professor, Joy Dietrich.

Students and faculty recreated scenarios from the original videos.

“I think that’s like the core of filmmaking. Can you make a story that connects to people? That has some sort of emotional resonance, and is also authentic. I think we were able to do that,” said cinematographer and professor at MSU, Tenzin Phuntsog.

Waypoint Thrive’s program is still in the research phase, but Schure says it’s showing a lot of promise for the future of rural mental health.

“This is something, you know as a simple intervention, shows the power of intention and wanting to improve,” said Schure.

Waypoint Health Innovations, a Seattle-based technology company, developed and owns the Thrive program, which primarily uses video to deliver confidential, evidence-based care to anyone with internet access, Schure said, adding that Thrive’s algorithms allow it to tailor to the needs of the person using it. The program’s responses are based on participants’ answers to a series of questions aimed at determining how much they are being impacted by depression and which aspects of the program would benefit them most. The program is further personalized in response to evaluations as participants continue using the program.

Because Waypoint’s Thrive program is delivered via the internet, it can reach individuals in nearly all areas of the state, including rural communities where it may be difficult to access mental health services. Another benefit is that costs of internet-based care are considerably less than traditional face-to-face care, Schure said.

Cognitive behavior therapy – a form of psychotherapy that aims to boost happiness by focusing on behaviors and thoughts – has been shown to effectively reduce depression symptoms, which can increase risk for suicidal thinking and suicidal behaviors, Schure said.

Schure’s study examined the effects of Waypoint’s Thrive program on nearly 350 adults in the state who reported at least mild symptoms of depression. The study evaluated participants’ self-reported mental health before they used the program, after using the program for four weeks and again after using the program for eight weeks. The study’s main outcome of interest was the severity of participants’ depression symptoms, Schure said, as measured by the common clinical measure known as the Patient Health Questionnaire. Researchers also measured participants’ anxiety symptoms, work and social adjustment, resilience and frequency of suicidal thoughts. Outcomes were compared between the group receiving Waypoint’s Thrive program over the 8-week period to those who had not yet received the program.

The group using the internet-based cognitive behavior therapy program reported significant reductions in depression symptoms over those who had not used the program. In addition, researchers found that using Thrive had moderately positive effects on participants’ anxiety symptoms, work and social functioning and resilience. The Thrive group was also 45% less likely than the control group to experience increased suicidal thoughts, Schure said, findings that he called encouraging.

Schure said the researchers are currently evaluating whether the positive impacts they found are lasting effects. They are also replicating the research with a larger sample of 1,000 adult Montanans and working to develop a similar program for adolescents.

“We have heard from many community members that youth also need a program like Waypoint’s Thrive, so, with the success of our research and this need that has been communicated, we are now developing a youth version of the program and will pilot it thereafter with Montana youth,” Schure said.

Schure said delivery of Waypoint’s Thrive was launched in Montana in 2017 and reached 464 people in more than 100 communities. The Thrive program used in Schure and his colleagues’ study is a culturally adapted version of Waypoint’s original program. The Thrive for Montana research project has been supported by a $221,000 grant from the state of Montana after the 2017 Legislature passed, and Gov. Steve Bullock signed, a bill to provide $1 million for suicide prevention in Montana. It also later received an additional $90,000 in continuing funds from the state. Schure’s work on Thrive has also been funded by Montana INBRE .

“The success of these large-scope evaluation projects is largely due to partnerships established early on with MSU’s Center for Mental Health Research and Recovery , MSU Extension and One Montana, a local nonprofit organization,” Schure said.

Alison Harmon, dean of the College of Education, Health and Human Development, said the results are promising.

“We need to use every tool we have to address depression, anxiety and the frequency of suicidal thoughts in rural Montana,” Harmon said. “Results from this study indicate that internet-based care can be effective. I look forward to an expansion of this work and increased access to Thrive in additional populations.”

Schure said he hopes Waypoint’s Thrive program will eventually be available to any Montanan to access.

"We hope that, based on our research findings and in conjunction with other studies that confirm the effectiveness of internet-based cognitive behavior therapy programs, digital mental health options such as Waypoint’s Thrive will be adopted by employers and healthcare systems and that health insurers will provide reimbursement,” Schure said.

More information about Thrive by Waypoint Health Innovations is available at montana.edu/cmhrr/ccbt.html .