Hospital responded with `plan of correction' in August 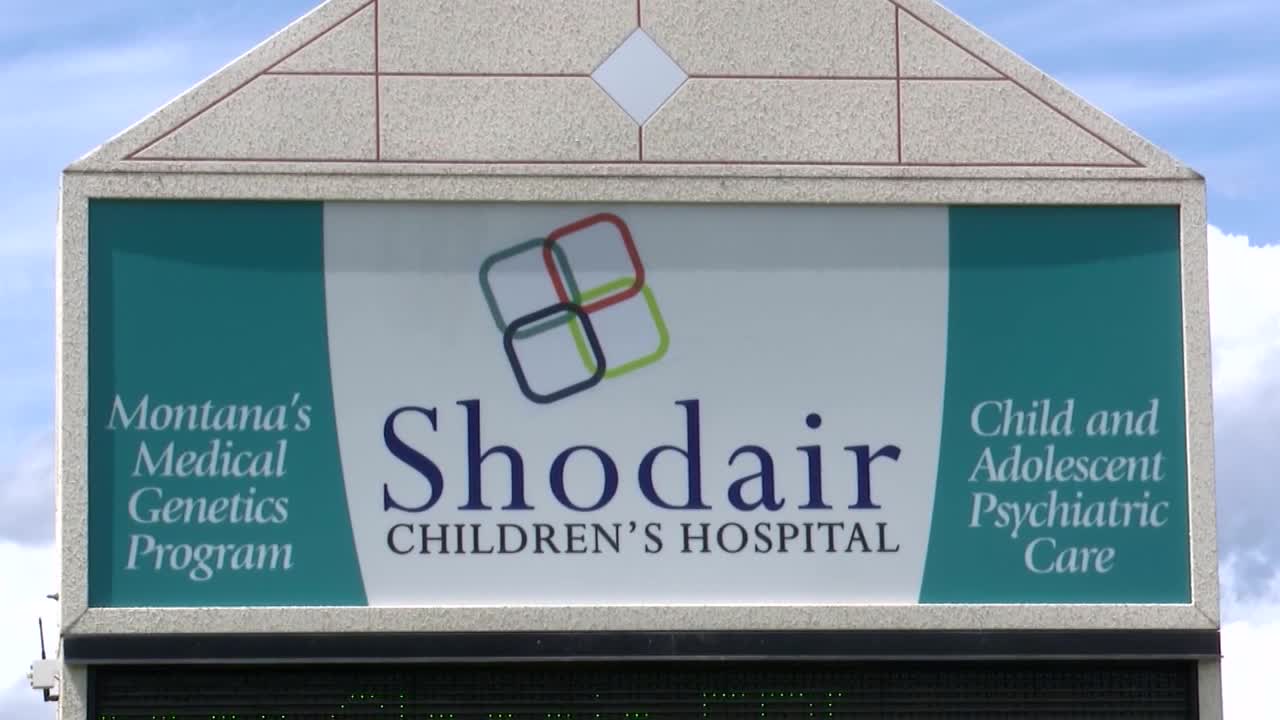 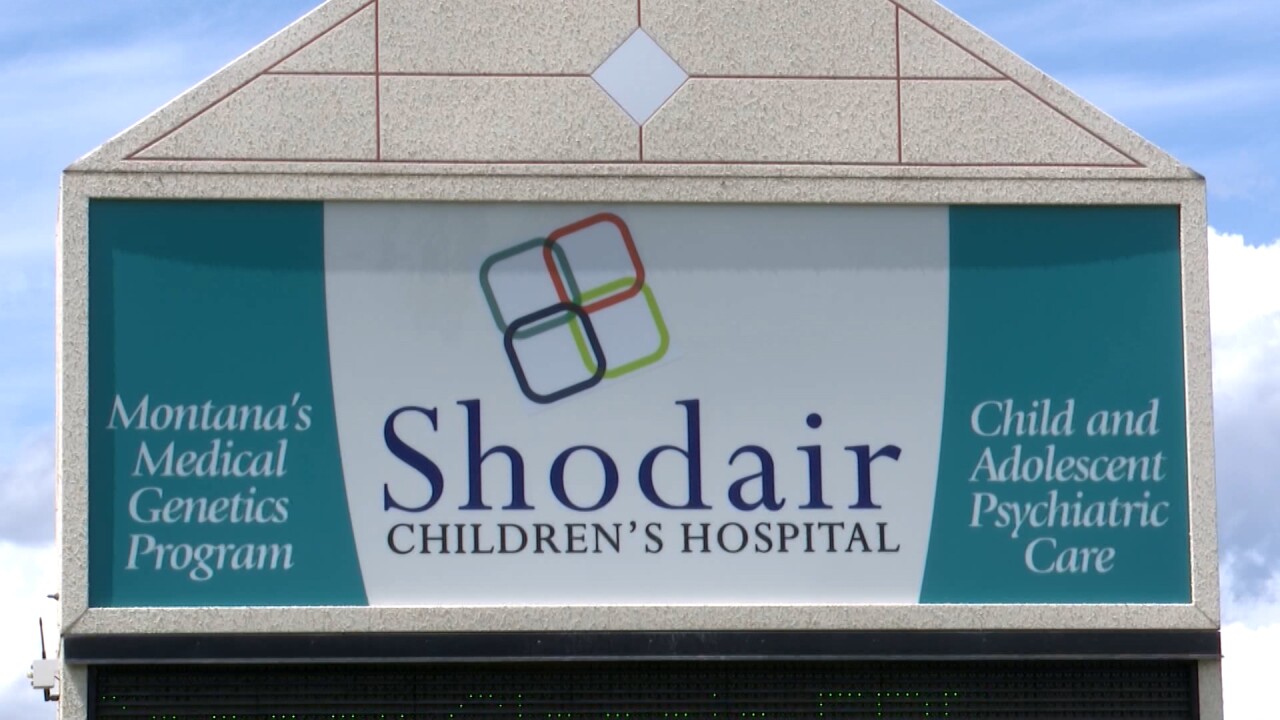 HELENA — A 15-year-old girl who died after fleeing from Shodair Children's Hospital in Helena this summer was one of several children who escaped or attempted to escape the residential treatment center this summer, a report by state regulators says.

That same report, obtained by MTN News and publicly posted in October, also faulted the hospital for multiple failures related to the escapes – including not conducting a “root-cause analysis” of the events and not having established policy or training on how to deal with patient escapes.

“This is a very troubling report,” says Beth Brenneman, an attorney for Disability Rights Montana, which monitors facilities that treat people with disabilities. “This is a problem they knew they had, but unfortunately did not analyze, because they didn’t conduct a root-cause analysis that they needed to conduct.”

Shodair CEO Craig Aasved told MTN News in a recent interview that he has no dispute with the report, and that the hospital has made changes that it recommends. The hospital filed a full “plan of correction” in mid-August.

“There were things that we weren’t doing right,” he said in an interview late last month. “And I think this (report) pointed it out, we’re not a perfect organization. And it really forced us to go back and look at our own procedures.”

Those changes include frequent “elopement drills” for staff, on how to deal with patients who escape or attempt to escape, directions on staff badges on what to do if an elopement occurs, and spot checks with employees on their knowledge of the procedures.

“It’s more front-and-center with all of the employees,” Aasved said.

Since the July 15 death and the review by state regulators and the hospital, no elopements have occurred.

The hospital also moved fire alarms from an open area to within secure nurses’ stations. Most of the escapes occurred after kids broke the fire alarms, to unlock outside doors.

Aasved said the hospital had been trying for some time to get approval from the local fire marshal to move the fire alarms, and finally got the go-ahead after the July 15 death.

Shodair, which began 123 years ago as an orphanage and home for abandoned children, is now one of only two residential treatment facilities in Montana for children with mental illness or other psychiatric problems.

Located on the east side of Helena near Interstate 15, the 74-bed hospital treated 1,800 kids last year, from as young as 3 years old and up to 18 years old. It has an acute unit, for children experiencing mental-health episodes, and it also has a gym, playground and school for its residents.

On July 15, 15-year-old Kayla Neal of Missoula fled the building after breaking the fire alarm and unlocking an outer door. She ran across a street and an open field and then onto I-15, where she was struck by a vehicle and killed.

Aasved said the death was a traumatic event for everyone involved, from the driver of the vehicle to Neal’s family to the hospital staff.

“It has played a big impact, internally, within this organization,” he said. “It’s affected a lot of employees. There were several employees who watched the entire incident from start to finish, and we have lost some employees over this, just because of the trauma of it.”

But Neal wasn’t the only girl to escape that day, or even that week. The report said she was one of three girls who fled Shodair July 15, and that the same trio tried to escape the previous day, with two of them briefly succeeding before they were caught by police.

On the day Neal died, the two other girls who escaped were convinced by staff to return to the hospital, the report said.

The report by the Quality Assurance Division of the state Department of Public Health and Human Services also outlined several other escapes or escape attempts in the previous month and year:

· On June 30, a girl broke a fire alarm and attempted to escape, but the outer door was shut before she succeeded. She and another girl then began stacking furniture to try to reach a skylight to escape, but it was too high.

· On June 13, a girl escaped through exit doors that were open while being repaired, ran across I-15 and was later apprehended by police at Wal-Mart, which is east of the highway. The exit doors had been damaged by a patient kicking them the prior day, in an attempt to escape.

· On June 12, a boy broke the fire alarm and briefly escaped through the open doors. He was apprehended by police and returned.

· On Aug. 18, 2018, two girls escaped out the front door of the hospital, fled under I-15 through a walking tunnel, and were later apprehended by police at Wal-Mart and returned.

The report was part of a “certification survey” conducted by the state on behalf the federal government, which requires health-care facilities to meet certain standards to receive federal Medicaid payments.

State reviewers interviewed several members of hospital staff within days of the July 15 death, asking about all six of the escapes or attempted escapes. It concluded that the hospital not only didn’t do root-cause analyses of the events, but also didn’t have clear policies for how staff is supposed to react to patient escapes.

In response, the hospital is now requiring a “risk assessment” within one day of any “serious occurrence.” The assessment will include a root-cause analysis and be brought to the hospital’s Risk Safety Committee, which will discuss any recommendations and approve any corrective actions.

The hospital’s plan of correction also includes updating hospital policies on patient elopement, to provide staff with clear guidelines on what to do during an escape or attempted escape, training of staff on those policies and having elopement drills every quarter.

The state Department of Transportation also agreed to erect a fence in September along I-15, east of Shodair – where no fence had been before.

Aasved said the fence isn’t going to stop anyone from getting over it – it’s about six feet tall – but that it “will certainly slow kids down, if there were an elopement.”

The hospital also is talking to local transportation officials about possible changes along a busy street that fronts the hospital, to slow down traffic. However, the hospital does not plan to put any additional fences around the facility, Aasved said: “We’re not a correctional facility.”

Neal’s death was a “tragic death,” but the hospital believes it must learn from that death to prevent any deaths or injuries from happening again, he said.

The hospital stopped admissions for a brief period after Neal’s death and personally notified the parents or guardians of every child at the hospital about the event, he added.

“We’ve had a tremendous amount of support from across Montana, and in Helena, about the work that Shodair does in taking care of kids,” Aasved said.

State regulators returned to the hospital in mid-September and said the facility is back in compliance with patient-safety regulations and certified to receive Medicaid payments. They will have unannounced visits in the future, as part of routine inspections.

Brenneman, of Disability Rights, said the state did a very thorough review – but that her group plans to keep a close watch on the hospital.

“We shall see whether or not (the plan of correction) is adequate,” she told MTN News. “They need to do something that prevents these kids from running toward the Interstate again. … They have to take action to ensure these kids are not leaving in the first place.”