HELENA – Residents took their frustrations over proposed regulations that would limit what they can and can’t do with their property near Fort Harrison to the consolidated Lewis and Clark County, City of Helena Planning Board Tuesday night.

The meeting was the latest discussion over the potential zoning regulations around the military facility.

The proposed rules brought forth by the county would place regulations on things ranging from the minimum size of new parcels to what type of outdoor lighting can be used on a person’s property.

Rick Lamach, master planner with the Department of Military Affairs, represented Fort Harrison and said the rules preserve the safety and health of its members as well those in the neighborhoods, but some view it as retribution against neighbors who have complained about noise and nuisances from the base.

Many residents expressed concerns over what could happen to their property values and some see it as a land grab by Fort Harrison. However, Lamach said a joint land use study (JLUS), which paved the way for the proposed regulations, specifically prohibits Fort Harrison from using the rules to expand its operations.

Still, landowners in the area like Shane White don’t see the value in the zoning changes.

“There is nothing out here that this (regulation) is going to solve. The only thing that I see is land grabbing,” White said.

White also laid blame on other landowners for complaining to the state about issues with the fort located near their property. Lamach said it was a small minority – about 10 percent of landowners – who voiced complaints about the base.

“Ninety percent of our neighbors are fantastic neighbors,” Lamach said.

The Department of Defense commissioned and paid for the study into neighbors complaints. 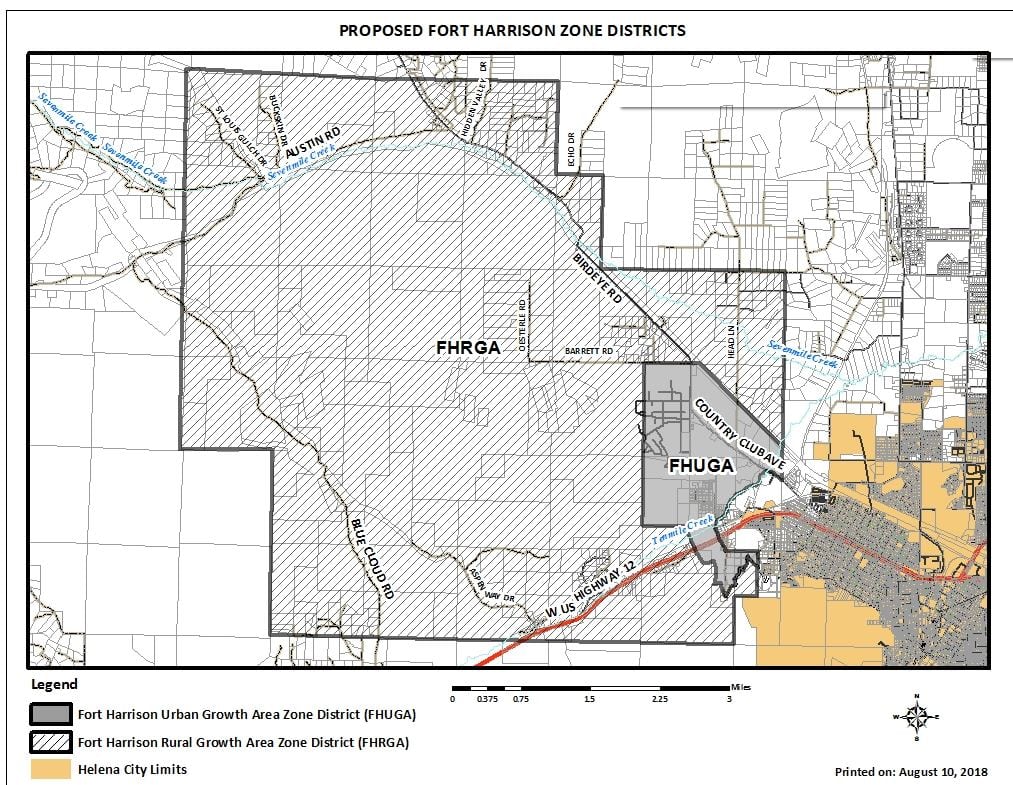