HELENA – Helena’s Parks and Recreation department is on the hunt for sasquatch after a cardboard cutout of the mythical creature was stolen sometime over the last few days.

The sasquatch was stationed near the Beattie Street Trailhead on the Pay Dirt trail as part of a campaign by the parks department to encourage people to explore area trails, learn about Helena and take selfies with the cutout.

A concerned citizen notified the city on Tuesday after discovering the cable locks and zip ties securing the sasquatch near Mt. Ascension had been severed and the cutout was missing.

Parks and Recreation Director Amy Teegarden said her department notified Helena police to be on the lookout for the stolen property. Above all though, Teegarden said she’s disappointed in the theft considering how popular sasquatch was with the community. The program launched at the beginning of the summer, and Teegarden said she was originally concerned about the cutout’s safety but was encouraged that no one tampered with it – until now.

“You know it spoiled some of the fun. I’m hoping that whoever decided they needed to take sasquatch will return him. No questions asked,” Teegarden said.

The stolen sasquatch was actually one of two cut outs out in public. The original still sits on Mt. Helena.

Anyone with information about the whereabouts of sasquatch is asked to email jschade@helenamt.gov or call 406-447-8463. 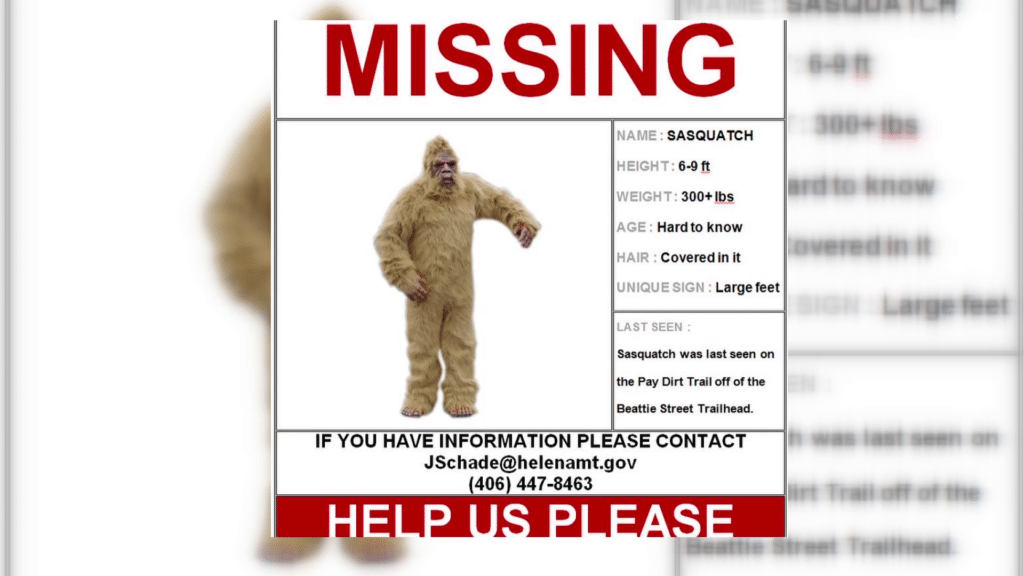