GREAT FALLS – Earlier this month, Benefis Health System sent a letter to their employees about a change in their health insurance plan.

Benefis Medical Group has added several new providers to their women’s health roster, and the letter states that Benefis can now care for all OB/GYN patients covered under the Benefis Health Plan.

The letter states: “Beginning October 1, 2018, the Benefis Health Plan network will not include any local OB/GYN providers aside from those employed by Benefis.”

Great Falls OB/GYN Associates is concerned about the policy change.

They said in a statement: “As women’s healthcare providers, we at Great Falls OB/GYN Associates support every woman’s ability to have access to care with the doctor of her choice. We are grateful to be that option for many Benefis employees and spouses. Hopefully Benefis administration will consider the emotional and financial impact to their employees of denying access to long standing patient-doctor relationships.”

Benefis says they are unable to comment on the matter due to it being related to their employees’ health insurance plan. 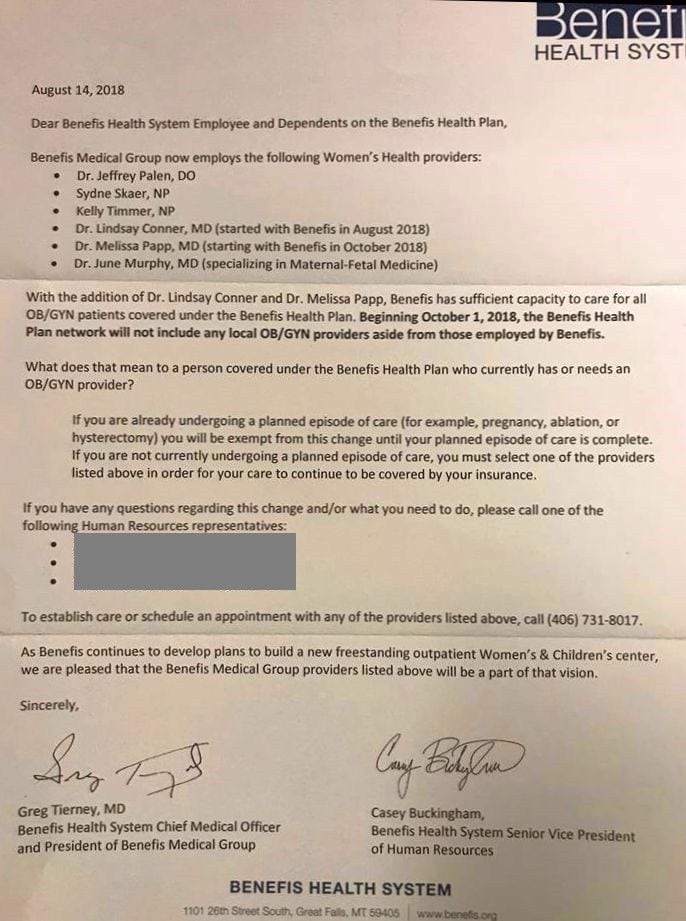