Construction on York Road roundabout to begin in 2019

HELENA – The Montana Department of Transportation (MDT) will be reconstructing the intersection of York Road and Lake Helena drive in order to install a roundabout.

Construction of the new roundabout is slated to begin in spring of 2019 with an estimated cost of around $2-3 million.

The new interception will be a single 12-foot travel lane with two 4-foot shoulders. LED lighting will be installed and there will be a 15 mph speed limit for traffic entering the roundabout.

MDT determined the intersection would benefit most from a roundabout based on an analysis of statewide crash data.

“Originally the Canyon Ferry intersection was the same deal,” said Grover, “We had a high speed through traffic with two low speeds entering with stop signs.” 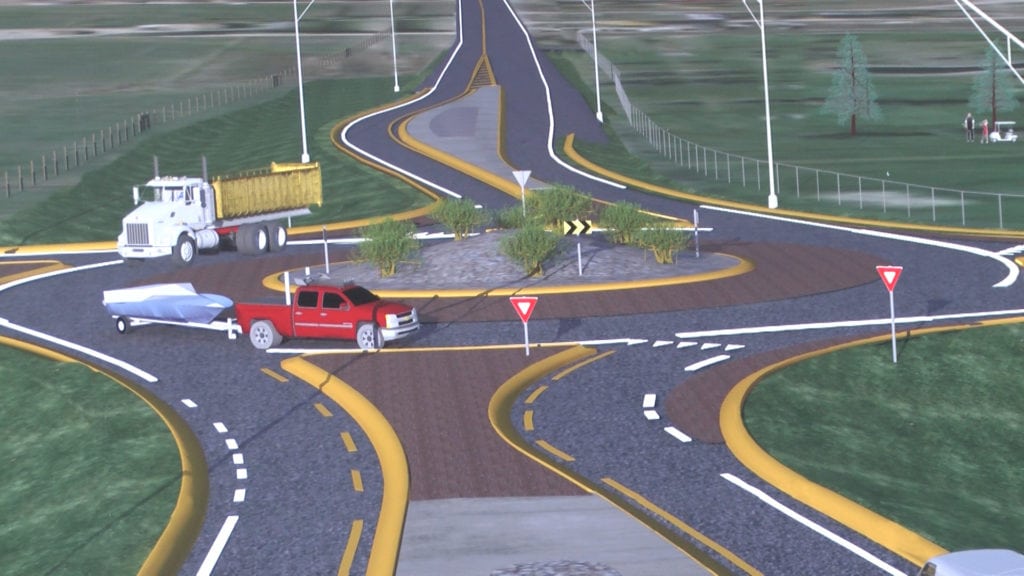 In the 6 years prior to the construction of the Canyon Ferry Road roundabout there were 27 crashes, 2 fatalities, 20 serious injuries, 8 minor injuries and 14 fender benders.

6 years after the roundabout installation there were 9 crashes, 0 fatalities, 0 serious injuries, 0 minor injuries and 9 fender benders.

Grover believes that a traffic light or four-way stop wouldn’t reduce crashes like a roundabout does.

“They don’t address the number one cause of these accidents and that’s failure to yield,” said Grover, “They result in a 90 degree crash which increases the severity of the crash and it increases the chances of fatalities and serious injuries.”

Grover added that the new roundabout ultimately is about protecting people and saving lives on the road.

For more information about the proposed roundabout people are encourage to contact MDT by emailing Brandon@rbci.net or call 406-465-3350.