(HELENA) Leaders with the Helena Fire Department say about 13 people are displaced after a fire in their apartment building early Sunday morning.

According to a news release, the fire started just before 2 a.m., in the 1500 block of East Lyndale Avenue. Firefighters said it took several hours to put the fire out completely, because it was already burning heavily by the time crews arrived.

Authorities said the residents were able to get out safely, and they weren’t aware of any injuries. However, two pets were killed in the fire.

Fire crews were still on scene throughout the morning, trying to put out remaining hot spots.

“The building’s fairly old, and it’s been remodeled many times, so there’s a lot of layers of different building material here,” said HFD Battalion Chief Cory O’Brian. “It takes us time to dig through those layers. And then there was so much structural damage that it becomes an issue of balancing safety and getting the work done.”

City inspectors ruled the building “uninhabitable” because of the damage, and planned to board it up Sunday afternoon. O’Brian said he expects the building to be a total loss. 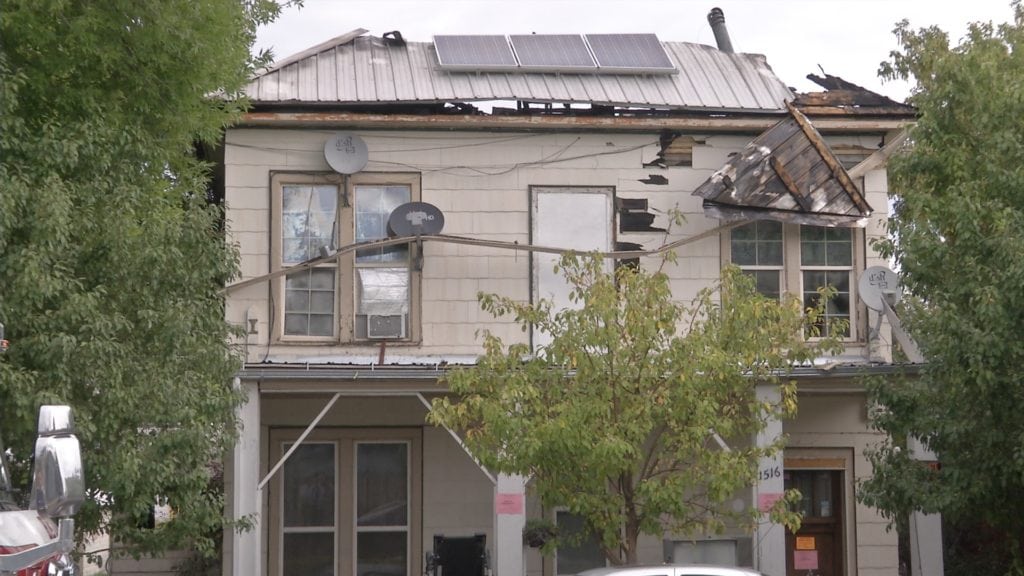 The cause of the fire is still under investigation. HFD estimates it did about $375,000 of damage.

Leaders said the residents of the apartments have received some assistance already, and many are being put up in motels and other places around Helena.

O’Brian said the fire is also a reminder to ensure you have working smoke detectors around all sleeping areas. He said tenants reported they had smoke detectors, but they haven’t determined yet if they went off.

The West Valley, Lewis and Clark County and Montana City volunteer fire departments all assisted with the fire. HFD leaders thanked them for their help.