Sangrey is at large, and considered armed and dangerous

GREAT FALLS – The US Marshals Service has issued an alert to advise people in and around Great Falls to be on the look-out for James Joseph “JJ” Sangrey, Jr.

The US Marshals alert says that Sangrey is wanted on $600,000 in warrants for bail-jumping, violation of bail conditions, and failing to abide by terms of conditional release.

According to the alert, Sangrey is considered armed and dangerous, and anyone who sees him should not approach or engage him. 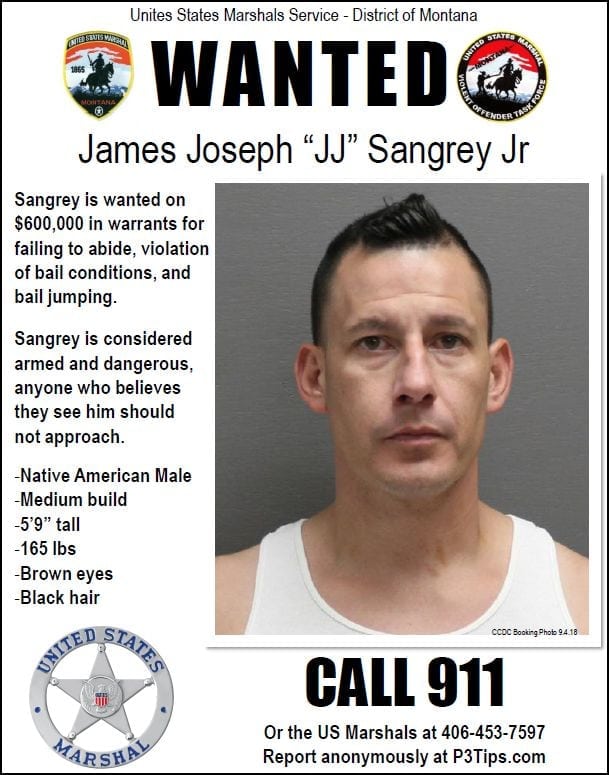