Body found in Yellowstone National Park has been identified

The body of a man that was recovered from the Gallatin River in Yellowstone National Park on Wednesday has been identified as Dane M. Offut of Big Sky, according to a press release from park officials.

On the morning of Saturday, October 6, an abandoned vehicle was reported on U.S. Highway 191 near mile marker 29 in Yellowstone National Park. On the evening of Sunday October 7, a missing person was reported to the Gallatin County Sheriff’s Office.

The missing person matched the description of the possible driver of the abandoned vehicle and a search was initiated.

His place of business notified authorities that he had not reported for work for two shifts, so additional searches of the area were conducted including aid from Gallatin County Sheriff’s Office Search and Rescue dogs.

On Wednesday afternoon, the man’s body was recovered from the Gallatin River near where the vehicle was found.

The cause and manner of Offut’s death has not yet been released; there is no word yet on whether the death is considered suspicious.

We will update you if we get more details. 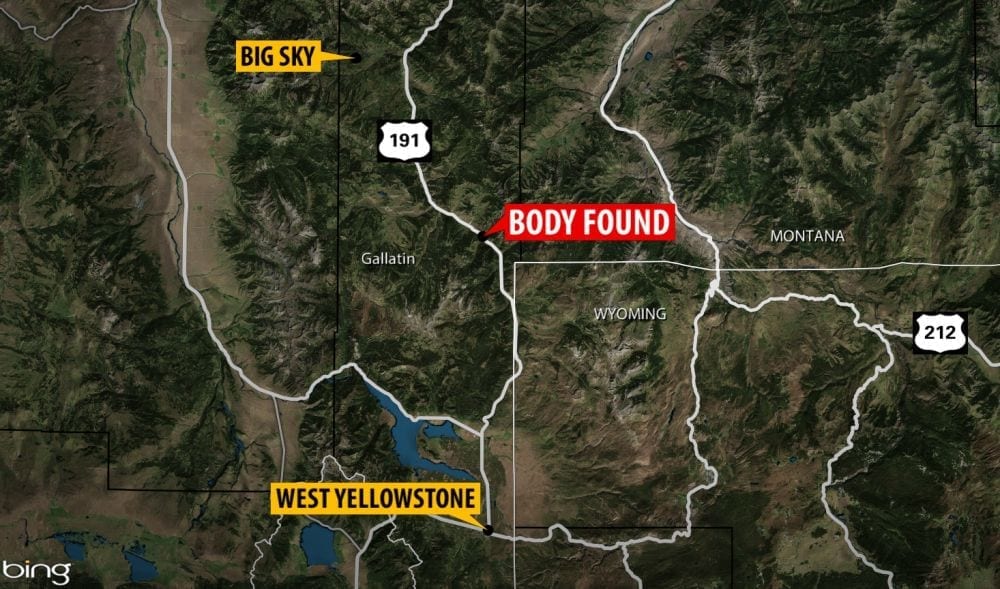