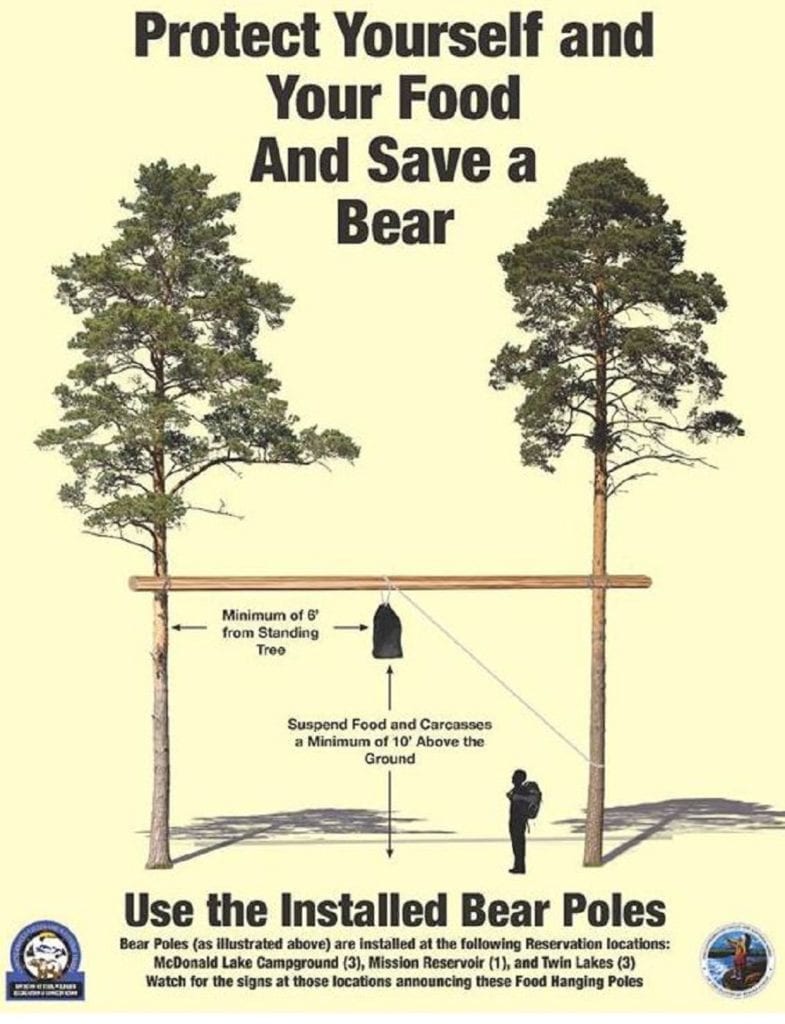 The Confederated Salish & Kootenai Tribes Wildland Recreation Program recently partnered with People and Carnivores, a Bozeman-based non-profit conservation group that focuses on reducing conflicts between humans and large predators such as grizzly bears and wolves.

“The primary purpose of the partnership is to reinforce the Tribe’s Backcountry Food Storage Regulations in place to protect both recreators and wildlife. It was highly successful and we look forward to continuing with more construction of bear poles structures in the future,” said Les Bigcrane, Wildland Recreation Program Manager.

According to Stacy Courville, Tribal Bear Biologist, Grizzly Bear populations have fully recovered in the Mission Mountains Tribal Wilderness (MMTW), so when camping in the MMTW or the Buffer Zone campers should hang their food.

Putting it in a car is not the best solution, grizzly bears can rip the doors off. People camping in the backcountry are encouraged to use these structures whenever they are available. All they need to bring is a rope and a bag or stuff sack to hold food, toiletries or anything with an odor.

Seven structures in total were built, three at McDonald Lake, one at Mission Reservoir, and three at Twin Lakes.