HELENA- The City of Helena announced the finalists Thursday for its open City Manager position.

Here are their backgrounds from a city news release:

Curtis Calder, City Manager – City of Elko, Nevada
Curtis has 25 years of public-sector experience. He received both his bachelor’s and master’s degrees in business administration from the University of Nevada, Reno. After college, he was employed by the Airport Authority of Washoe County, Nevada and was involved in the day-to-day management and operation of the Human Resources Division at Reno/Tahoe International Airport. In 1998, Curtis began his career with the City of Elko, overseeing the City’s Human Resources and Safety Management functions. In 2003, Curtis was appointed to the position of Elko city manager.

Ana Cortez, Assistant City Manager – City of Yakima, Washington
Ana has 27 years of municipal government experience. She has been the assistant city manager in Yakima since December 2017 and served as the City’s interim finance director from April to November 2018. Prior to her role in Yakima, she was the business manager for the Department of Public Works for the City of West Sacramento, California. She has also worked for several communities in California including the City of Richmond, City and County of San Francisco, and Alameda County, as well as two national Community Economic Development intermediaries. She graduated with a Master of Public Administration from the Evans School of Public Affairs at the University of Washington and with a Bachelor of Art from the University of California Berkeley.

Susan R. Parker, Former Town Administrator – Sunset Beach, North Carolina
Susan has over 18 years of public management experience. Most recently, she served as town administrator for Sunset Beach, North Carolina from 2013-2018. Before that, she served as the town manager for Crested Butte, Colorado for six years. She also worked for the City of Reno, Nevada, beginning as the assistant to the city manager and progressing to division head for animal control and emergency communications. Susan graduated from Beloit College with a bachelor’s degree in government and received a master’s degree in public affairs and public administration from the Robert M. La Follette School of Public Affairs at the University of Wisconsin-Madison. 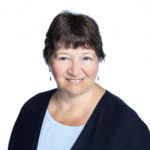 Susan Robertson, City Administrator – Sun Valley, Idaho
Susan Robertson is currently the city administrator of Sun Valley, Idaho, where she has served since 2013. Prior to that, she served as the village manager of Fox Point, Wisconsin for 17 years. She has also served as city manager of Silverton, Oregon; assistant city manager of Canandaigua, New York; and assistant city manager of Laramie, Wyoming. She has a Bachelor of Art in Political Science from the University of Florida and a master’s degree in public administration from the University of North Carolina at Chapel Hill.