UPDATE, 11/14/2018, 8:00 p.m.: Three people were taken into custody in Idaho, in connection with a shooting in Jefferson County on Tuesday afternoon.

The Jefferson County Sheriff’s Office announced the arrests around three o’clock Wednesday on Facebook. Sheriff Craig Doolittle said the suspects were apprehended without incident, at a casino in the Blackfoot, Idaho, area.

Just before 3:30 p.m. Tuesday, a Jefferson County deputy tried to pull over a blue Chrysler 300 on Interstate 15, between Montana City and Clancy. Doolittle said the deputy saw the car driving erratically – drifting over the line and keeping its blinker on without pulling over.

Authorities said the car didn’t stop, and someone fired multiple shots at the deputy. Doolittle said the shots broke the patrol vehicle’s windshield and dented the hood, but the deputy wasn’t injured.

The suspects’ vehicle fled at high speed, north on I-15. The Lewis and Clark County Sheriff’s Office reported it was later seen heading east on Canyon Ferry Road. Leaders believed three men were inside.

Doolittle said, when the suspects were taken into custody in Idaho, they were not in the same vehicle.

The Jefferson County Sheriff’s Office is continuing to investigate the incident.

“All the cases are important to us, we want them all solved quickly, but any time somebody gets shot at, it’s a serious crime and it deserves everybody’s cooperation and attention,” said Doolittle.

Doolittle said it’s not clear yet when the suspects might be brought back to Jefferson County. He said it still hasn’t been determined whether they will also face charges in Idaho.

He thanked everyone who assisted his office during the search.

“Not only all the other agencies that helped – our surrounding agencies, out-of-state agencies, federal agencies – but also the public,” he said. “All the tips we got and all of the information they called into us, the information in the comments they left on our Facebook page – they’re greatly appreciated, and they were a big help.”

According to a post on social media, the suspects were apprehended without incident in Idaho.

Law enforcement has not identified the individuals arrested.’

We will continue to update you as more information becomes available. 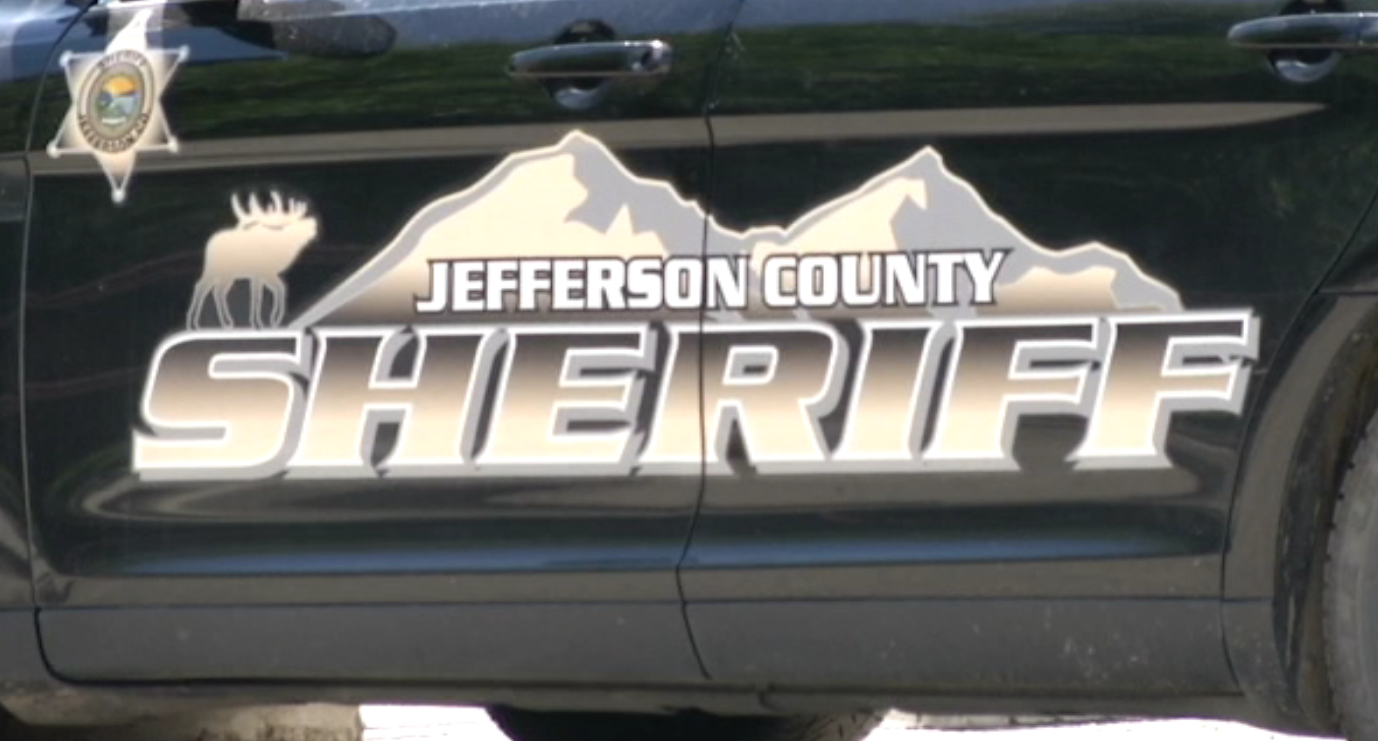 UPDATE 11/14/2018: Law enforcement says three people wanted in connection with a shooting and chase in Jefferson County on Tuesday remain at large.

Sheriff Doolittle said the deputy noticed the car drift over the line and the blinker was on without the car pulling over.

When the deputy attempted to pull the vehicle over, the driver failed to stop and one of the occupants fired multiple shots at the deputy before fleeing at a high rate of speed.

The deputy was not injured

Doolittle says the sheriff’s office is reviewing video from the incident, but right now the suspects remain unidentified

If anyone has any information they are urged to call 911.

UPDATE: The Jefferson County Sheriff’s Office posted this on Facebook just after 7:00 p.m.:

At approximately 3:25 this afternoon a Jefferson County deputy attempted a traffic stop on what is believed to be a blue Chrysler 300 passenger vehicle with unreadable registration, on I-15 near mile marker 185 in the northbound lanes.

This suspect vehicle did not stop and multiple shots were fired at our deputy. The deputy’s patrol vehicle was struck and the suspects fled the scene at a high rate of speed.

Our deputy was thankfully not injured.

It is believed that the suspect vehicle was occupied by three males, whose identities remain unknown.

The vehicle was last seen in Lewis & Clark county.

If you see this suspect vehicle please do not approach and call 911. They are considered armed and dangerous.

We will update with any further information as it becomes available.

HELENA – The Lewis and Clark County Sheriff’s Office has sent out an alert for the suspects in an afternoon shooting.

According to the alert sent out to cell phones, a suspect in a blue Chrysler 300 fired a shot at a Jefferson County deputy during an attempted traffic stop at 3:30 Tuesday afternoon.

The deputy was not injured.

The vehicle was last seen heading north on Interstate 15, and eastbound on Canyon Ferry from Lake Helena Drive.

Three people were inside the vehicle and it had a temporary registration.

If you see the vehicle call 9-1-1 and do not approach it, the suspects are considered armed and dangerous.