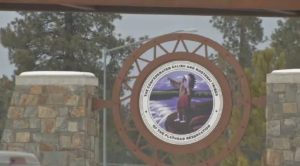 MISSOULA – The Confederated Salish and Kootenai Tribes’ Pharmacy and the U.S. Attorney’s Office have reached a deal to settle alleged pharmacy violations.

The pharmacy will pay a $95,520 civil penalty under the terms of the agreement and take other steps to ensure compliance with federal law and Drug Enforcement Administration regulations, U.S. Attorney Kurt Alme has announced.

The settlement agreement is the result of an inspection by the DEA for activity from March 2017 to March 2018. The DEA inspects pharmacies or medical providers that dispense controlled substances to ensure they are complying with federal regulations.

The DEA conducted the inspection after it learned that approximately 2,500 oxycodone pills had been stolen or unaccounted for from the CSKT’s pharmacy in St. Ignatius.

During the investigation, the DEA discovered significant violations of the regulations, including failing to adequately track records of the controlled substances in the pharmacy and failing to report the missing oxycodone pills to the DEA, according to a news release.

In addition to the penalty, the pharmacy also must take numerous measures to ensure compliance in the future. The facility must conduct annual evaluations of its compliance for three years and certify to the DEA that it is meeting all regulatory requirements.

“This settlement is an important step toward ensuring that opioids are properly controlled in the CSKT Pharmacy,” said U.S. Attorney Alme. “For the safety of the community, we need to ensure that the pharmacy is managed responsibly in the future.”

“The penalty puts every pharmacy in Montana on notice that the U.S. Attorney’s Office and DEA will vigorously enforce controlled substance regulations to prevent diversion of the prescription opioids that are harming our communities,” Alme added.