All hunters are required to stop at the stations, whether or not they were successful. At a biological check station, staff members ask them a variety of questions, like where they came from, where they hunted, and what animals and signs they saw.

“This gives us the pulse of how the season is going,” said Jenny Sika, an FWP wildlife biologist for the Helena area. “We also run the station to have the interface with hunters. It gives us a chance to share information, and we also get to hear from the hunters how the season’s going for them and any concerns that they may have.”

Sika runs a check station in the Silver City area, off Lincoln Road northwest of Helena. She had assistance from other FWP employees and college students volunteering their time. The station – which brought in hunters from the Canyon Creek, Sieben and Lincoln areas – was open the first and last weekend of the season.

Sika said the start of the season was busy compared to previous years.

“The early snow and cold helped to move some of the migratory elk back over the divide, so hunters had some really good success compared to recent years,” she said.

But by the last weekend of the season, things quieted down substantially. By midday on Sunday, only about 25 hunters had visited the station – and just three had game to check.

Brian Stevens, from Jefferson County, was the first hunter to bring in an animal on Sunday – a mule deer that Sika estimated was about 7 years old. He said he had seen the buck Saturday while hunting with his son in the Stemple Pass area. He returned on Sunday with a friend.

“We saw this thing first light and got on it pretty early,” he said.

Stevens has been hunting in the area for more than 30 years, and said he’s gone through the Silver City check station dozens of times.

“It’s always a good thing,” he said. “It’s always nice to see how old your animals are, give some knowledge back to Fish and Game, let them know what you’ve seen, so it’s always worth coming through here.”

Hunters bring a variety of information to the stations. Sika said, this weekend, more reported seeing signs of wolves. Hunters also reported a possible elk carcass left behind in a field, prompting FWP to investigate.

The stations also provide an opportunity to give hunters information. Sarah Sylte, a bear education specialist who works with FWP, the U.S. Forest Service and the U.S. Fish and Wildlife Service, talked to many of the hunters about the growing number of grizzly bear sightings around the Continental Divide.

“We want all hunters to be thinking about how to hunt safely in bear country, even in non-forested land,” she said.

Sika said the information FWP gets from check stations is helpful, but it doesn’t give the whole picture. When biologists are determining how to manage hunting in future seasons, they rely on information from harvest surveys – when FWP contacts hunters by phone later in the year.

Sika said, beside the information they bring in, the stations are important because they give FWP a chance to be in the field, working face-to-face with hunters.

“Those are the people that we serve,” she said. “We serve the people of Montana, and one of those constituent groups is the hunter group.” 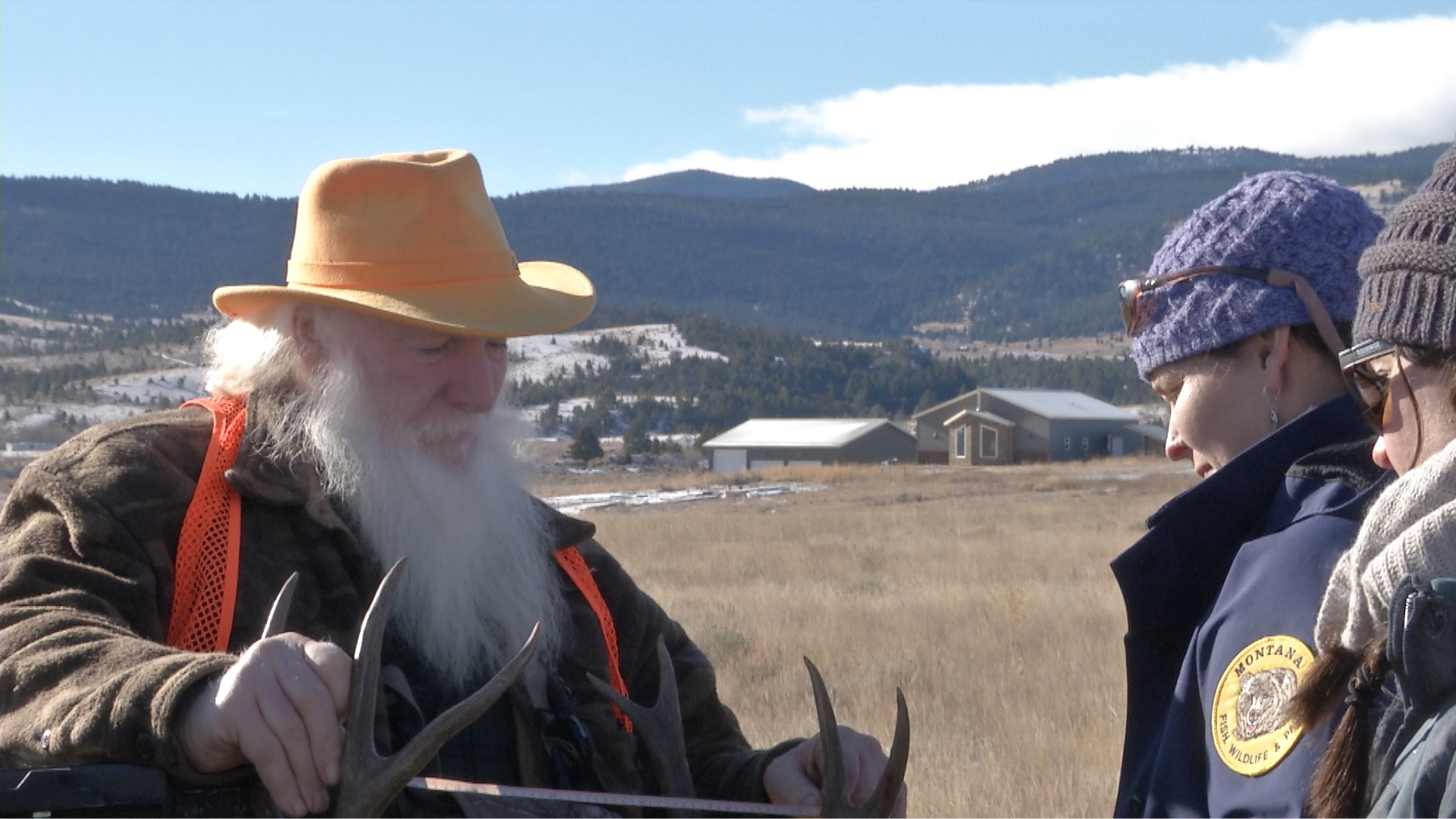