STYX and Larry The Cable Guy team up for Billings show 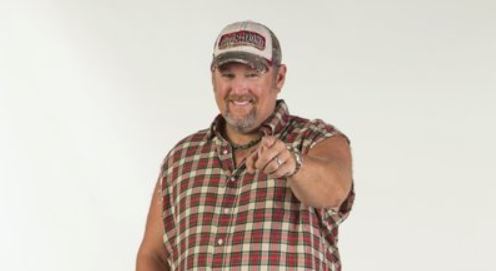 The show at the Rimrock Auto Arena is scheduled for March 23.

STYX AND LARRY THE CABLE GUY

SET TO ROCK AND GIT-R-DONE WITH AN UNFORTGETTABLE SHOW

For one night only, STYX and Larry The Cable Guy will put on one helluva show on March 23 at Rimrock Auto Arena, billed as “Laugh. Rock. Seriously.” One of the greatest rock bands of all time combined with a comedy legend together for the first time ever to rock and GIT-R-DONE. Two forces come together on stage for one unforgettable night of hits and jokes.

“We first ran into Larry the Cable Guy at a convenience store in Sarasota, Florida many moons ago,” says STYX guitarist//singer Tommy Shaw. “Now we are pairing up for a fun night of music and comedy, something we could all use a big dose of! I’m ready! Are you? Let’s do this!!!”

Larry the Cable Guy, on the other hand, has a hidden agenda as to why he is performing the shows. As he explains, “Ever since I ran into Tommy at a convenience store in Florida, I’ve always wanted to work some shows with the iconic band STYX. Not only because their music has been a soundtrack to my life, but also to try and get back the 18 bucks I loaned him for honeybuns and coffee from that day in Florida.”

STYX has the unique distinction of being the first band in rock history to have four consecutive certified multimillion-selling albums in a row: 1977’s THE GRAND ILLUSION, 1978’s PIECES OF EIGHT, 1979’s CORNERSTONE, and 1981’s PARADISE THEATRE. STYX draws from over four decades of barn burning chart hits, joyous singalongs, and hard-driving deep cuts. STYX set covers a wide range of stylistic cornerstones. After 14 years, STYX’s sonically sweet 16th studio album and its most ambitious, most challenging, and most rewarding album to date, THE MISSION, was finally released June 16, 2017 on the band’s label, Alpha Dog 2T/UMe. It debuted on various Billboard charts, including: #6 Top Rock Albums, #11 Physical Albums, #11 Vinyl Albums, #13 Current Albums, #14 Top Albums, #Retail, #17 Mass Merch/Non-Traditional, #29 Digital Albums, and #45 Top 200 Albums (includes catalog and streaming). A special two-disc reissue of THE MISSION was released on July 27, 2018 via Alpha Dog 2T/UMe, which includes a CD of the original album, as well as a Blu-ray of THE MISSION mixed in 5.1 Surround Sound by singer/guitarist Tommy Shaw and producer Will Evankovich accompanied by stunning visualizations for each of the album’s 14 songs based on the album artwork. Other extras on the Blu-ray include: “The Making of The Mission Documentary” of exclusive interviews of SHAW and Evankovich, four music videos—“Gone Gone Gone” (official video), “Gone Gone Gone” (video created by NASA), “Radio Silence” (lyric video) and “Radio Silence” (live video from Syracuse, NY)—and three hi-res audio playback modes.

Larry the Cable Guy is a multi-Platinum recording artist, Grammy® nominee, Billboard award winner and one of the top comedians in the country. He has his own line of merchandise and continues to sell out theatres and arenas across the United States. Larry has created The Git-R-Done Foundation, which was named after Larry’s signature catchphrase, and has donated more than 7 million dollars to various charities. In addition, Larry has his own comedy channel, “Jeff and Larry’s Comedy Roundup” on SIRIUSXM. The channel is a partnership with SIRIUSXM and Jeff Foxworthy which showcases the best in great American comedy. Larry has starred in numerous television shows and feature films including voicing the character, Mater, in the Golden Globe® winning animated feature films Cars (2006) and Cars 2 (2011) and Cars 3 (2017) from Disney/Pixar.