“When they tell you it’s triplets, you don’t think that’s a possibility.” Sasha said.

Sasha knew she wanted to have her triplets naturally by giving vaginal birth, but she was told it was not an option by multiple doctors, until she met Dr. Wallace in Billings.

“He was the one that said, hey you know what, Natural vaginal delivery is an option and that was the happiest news that I had been given. Then he said, and I have the guy for you.”

That guy was Dr. Sironi, at St. Vincent Healthcare in Billings.

Dr. Sironi has been delivering babies for 20 years and has delivered four sets of triplets in his time.”

Lola, Freya and aspen are his first vaginal birth of triplets.

Lola was the first born at 4 pounds 14 ounces.

Today for the first time, all three girls were in their parents arms at the same time. 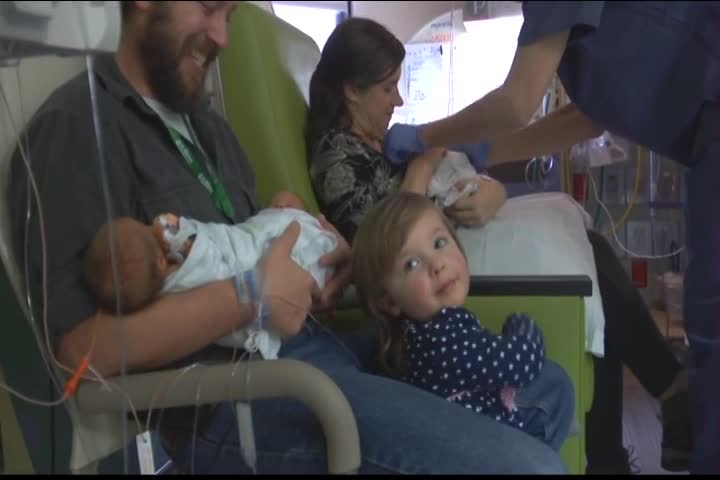