On Saturday at 1:07 a.m., the geyser erupted for the 30th time this year. That breaks the previous record of 29 documented eruptions in a single year. That record was set back in 1964.

A major Steamboat eruption can shoot water 300 feet into the air, is extremely loud, and can deposit muddy water, clay and stones on the Norris parking lot a quarter mile away.

Steamboat has been the world’s tallest active geyser since 1904. 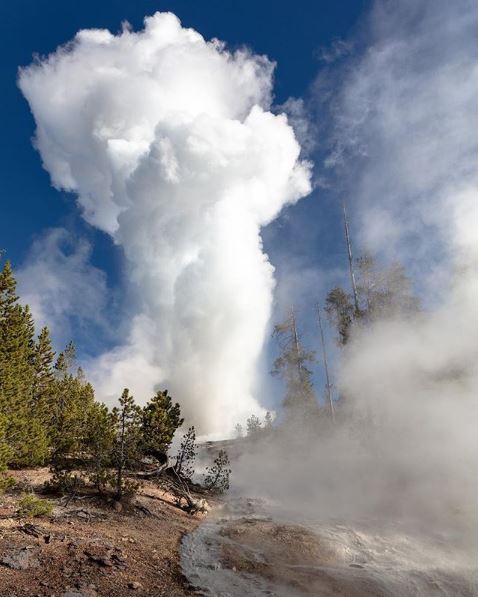