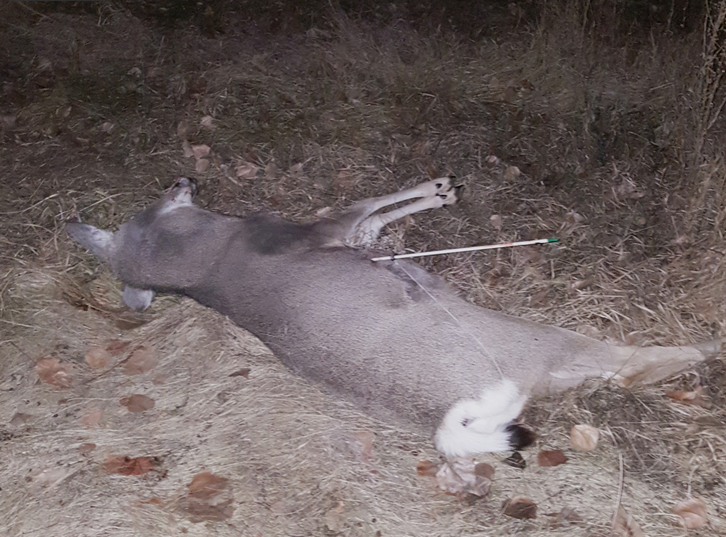 BILLINGS – Montana Fish, Wildlife and Parks is offering a reward of as much as $1,000 for information about a mule deer buck that was killed illegally with a fishing arrow over the weekend in a Lockwood residential area.

FWP game warden Connor Langel said someone shot the buck with a fishing arrow, which had string still attached, near Hemlock Lane northeast of the school complex in Lockwood. The deer was shot either late Sunday, Dec. 9, or early Monday morning, Langel said. The buck had six points on one side and a broken antler on the other. Those responsible for poaching the deer apparently did not try to retrieve any part of the deer.

No laws nor seasons would allow hunting or shooting a deer in Lockwood over the weekend, Langel said.

The 1-800-TIP-MONT program is a toll-free number where people can report violations of fish, wildlife or park regulations. Callers may remain anonymous. It is similar to the well-known Crimestoppers program and offers rewards for information resulting in conviction of persons who abuse Montana’s natural, historic or cultural resources.

By Montana Fish, Wildlife and Parks