Santa’s visit is a yearly treat for families who may be spending their newborn’s first Christmas in the hospital.

Santa came to deliver teddy bears and take pictures with the families, including the newborn triplets who are still residing in the NICU.

Santa has been visiting the NICU for over two decades.

Today a nurse who was passing by and noticed Santa making his rounds could be overheard saying that her daughter’s first Christmas picture had come in Santa’s arms at just nine months old. Her daughter is now 20 years of age.

And with a twist of North Pole magic, Santa hasn’t aged a day.

The event is led by the Montana March of Dimes and organized by the NICU family support specialist Jennifer Eliason.

Tina Stinson, who wears multiple hats as a professional photographer and a nurse in St. Vincent’s NICU, donates her time and expertise to the project. 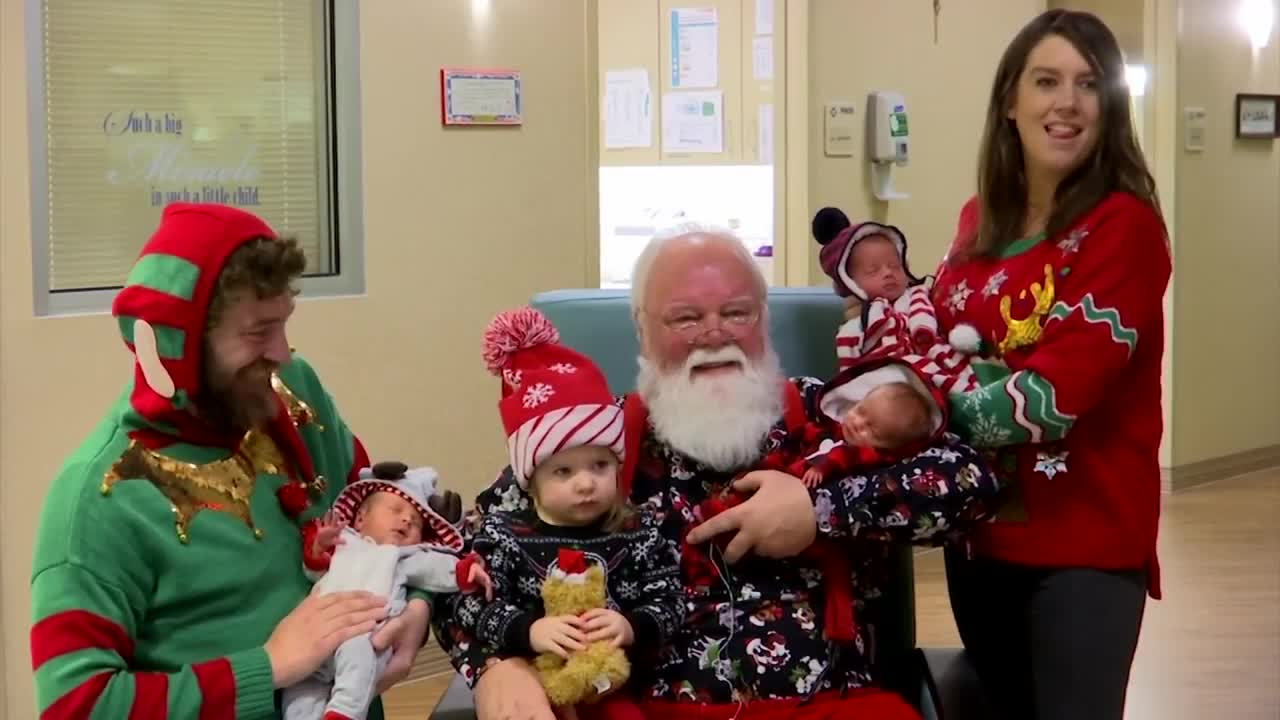