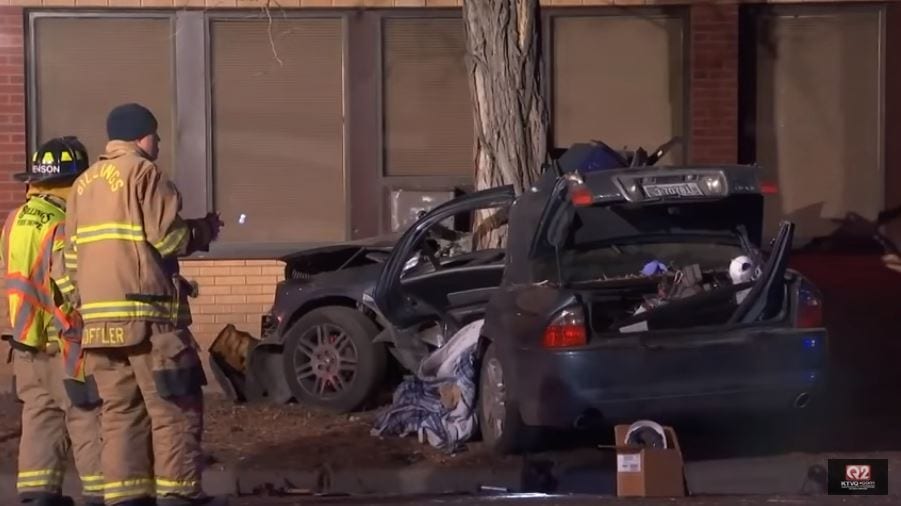 BILLINGS – The Yellowstone County Coroner’s Office on Friday released the name of a man who died after crashing a car into a tree in downtown Billings.

The crash happened at about 1:22 a.m. when a car driven by Jones struck a tree near the intersection of 6th Avenue North and North 30th Street. Police said the car was traveling at a high rate of speed, but no other information about the crash has been released.

Also on Friday, the Yellowstone County Coroner’s Office released the name of a Billings man who was killed Thursday evening in a motorcycle crash.

Gregory Michael Cook, 28, was killed at about 9:30 p.m. when the motorcycle he was riding hit a guardrail on Zimmerman Trail near the intersection of Highway 3.