HELENA – On average, the Lewis and Clark Humane Society cares for more than 1,300 dogs, cats, birds, fish and the occasional goat.

It takes more than a dozen staff members and volunteers, and over 5,000 pounds of kibble daily, to care for the animals.

Staff often sacrifice their holidays to care for these animals but workers said they couldn’t image doing anything else.

Executive Director Gina Wiest said the shelter, just like any care facility, doesn’t have the luxury of taking a day off.

“We’re here 365 days a year, 7 days a week and I think people sometimes forget that,” said Wiest, “And when we have sick animals [our staff] are in here taking care of those animals 2 to 3 times a day during the holidays. It can also be over the night a lot of times if say we have puppies with parvo.”

Staff are often happy to come in on their days off though and be with the animals in their care. 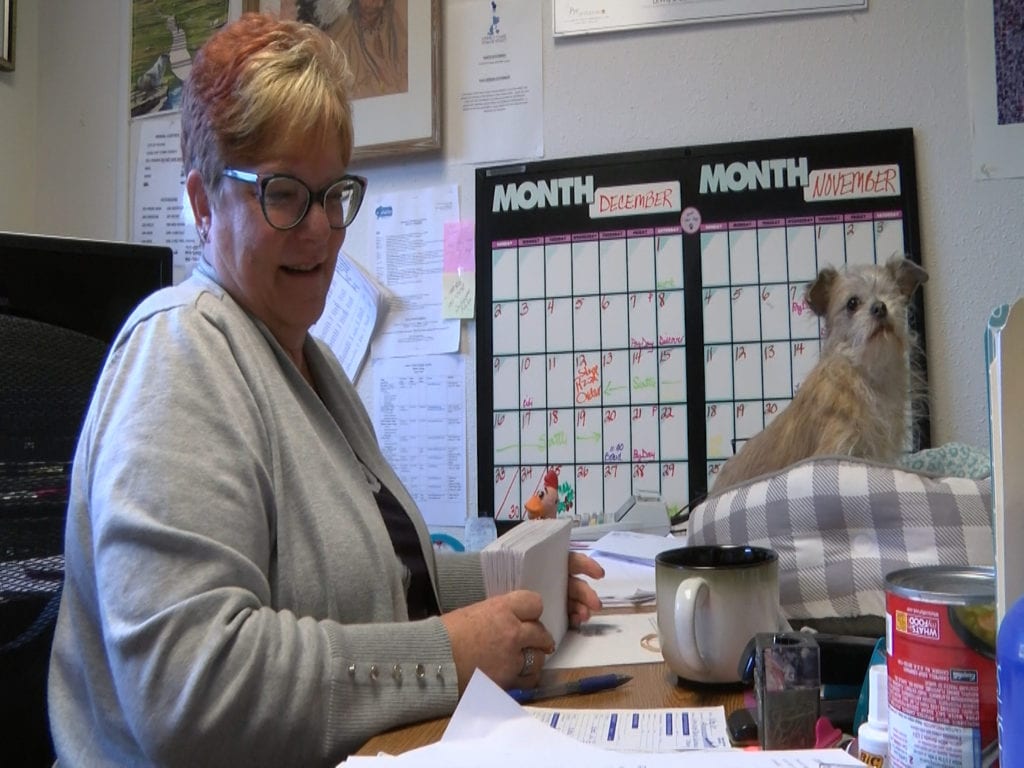 Staff note that shelter work and animal care, although they’ve found it personally rewarding, isn’t for everyone.

The industry has a high turnover rate, the pay is often minimum wage and the work is both physically and mentally demanding.

“I say that animal welfare is not for the faint of heart and there are times when your soul just really has a hard time,” said Wiest.

To work in animal welfare means that a person has to accept that not every animal is going find a home quickly .

Many animals are often sick or injured when they arrive at the shelter and sometimes, no matter how hard they fight to save them, the animal doesn’t make it.

”You know there are hard days, and sometimes there’s a lot of hard days,” said Dog Enrichment Coordinator Owen Morgan, “And even with the hard days and the sad days, there’s another side of it. That there’s good days, there’s those good days there’s those animals that sit here a while that finally find that right person to come home to and I think that just knowing that we’re doing everything we can to help that’s what I try to keep in the back of my head.”

Staff often rely on each other to get through the sad times as well and know that they can count on their fellow workers during a crisis situation.

“It make it easy to work together and it makes the hard days easier,” said Animal Care Specialist DeAnna Harrison. ““That really come back to why we work here, because we want to make sure there’s a good safe place for all the little critters that need it.”

Morgan recalled one particular dog named Diego that seemed like it would never be adopted.

“He was a big pitbull and he would eat anything and everything,” said Morgan. “We didn’t know if he went into a home if he’d destroy everything. But his adopter came in and spent some time with him and he’s been in a home now for a couple years and he’s doing great.”

Staff say they’re proud of the work they do and because of those animals in their care, they will continue be a voice for those that can not speak for themselves.

For more information about the Lewis and Clark Humane Society, including donation and volunteer opportunities, visit their website here.