HELENA – The holidays often bring us together with family members, some that we don’t often see.

While that makes for a perfect recipe for memory-making, it’s also a golden opportunity to chronicle memories of the past.

“It’s really important to make sure those memories are preserved,” says Nanette Whitman-Holmes, Life Enrichment Director at Touchmark Senior Living. “Everybody has a story, everybody has a family history. And those precious little memories you want to preserve and pass down through your family. And they might seem small and insignificant, but it’s really important to share them, no matter what age you are or what generation you’re in.”

Touchmark resident Maurie Knutson put some of his Christmas memories on paper.

The 92-year-old was a tail gunner in World War II on twenty missions, the final two were Hiroshima and Nagasaki.

Knutson says the Christmas dinner, while stationed in Guam during the war, is among his top Christmas memories.

“We had a USO Christmas dinner,” says Knutson. “With turkey and all the dressings and homemade pie. Ah, it was wonderful. And real coffee and real ice cream. (laughs)” 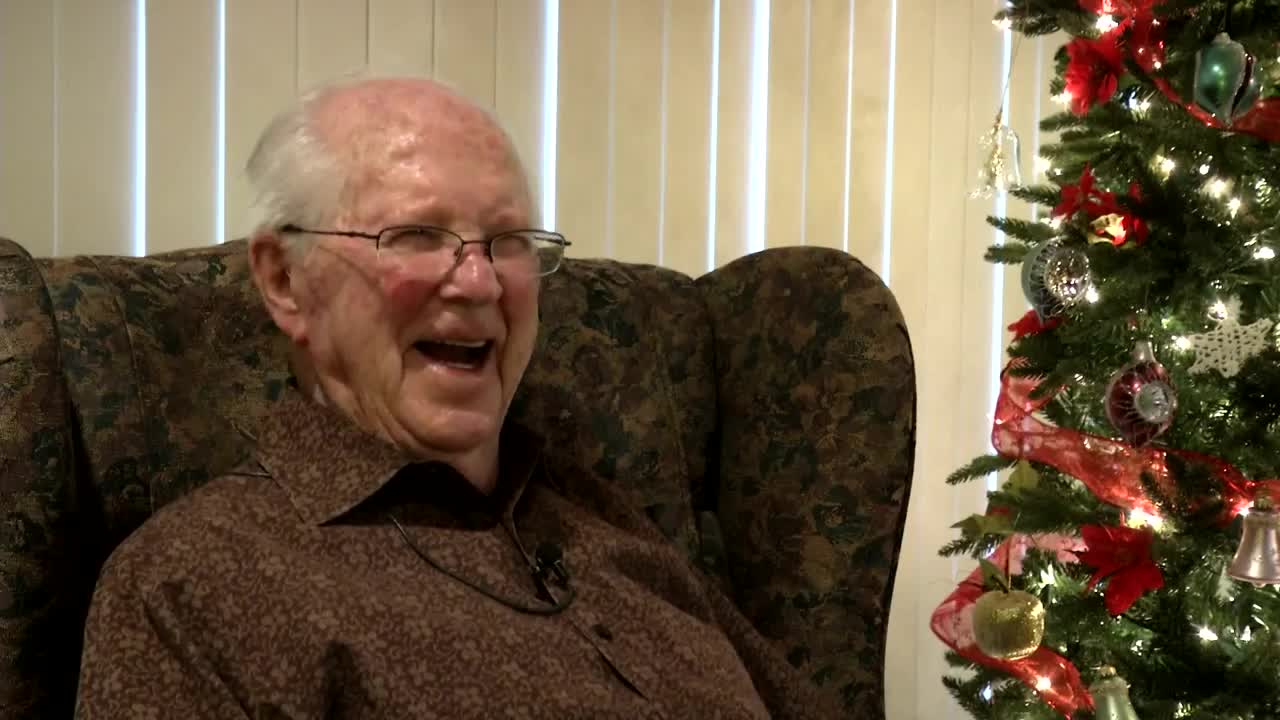 Knutson also typed up memories of how his mother would expertly decorate the tree with angel hair when he was a child. She passed away while he was serving in the war.

He says he attempted to duplicate the efforts years later for his wife at Christmas, but he says he wasn’t able to get it just right.