(UPDATE, 6:30 p.m.) On Sunday, flames and heavy black smoke rose from a saddle shop in the 2600 block of Tuohy Road in the Helena Valley.

The fire started before noon. East Valley Fire Department Chief Dave Sammons said it appears it was started by a heat lamp in a chicken coop. It then spread to an adjacent building, where hay was being stored.

“It was stuffed to the gills with hay,” said Sammons. “All of that hay caught fire, so we’re having to pull that hay out, spread it out and put it out.”

The fire then reached the main shop, where it burned through saddlery equipment, several vehicles and guns and ammunition the owner was storing inside. A propane tank also vented burning gas. 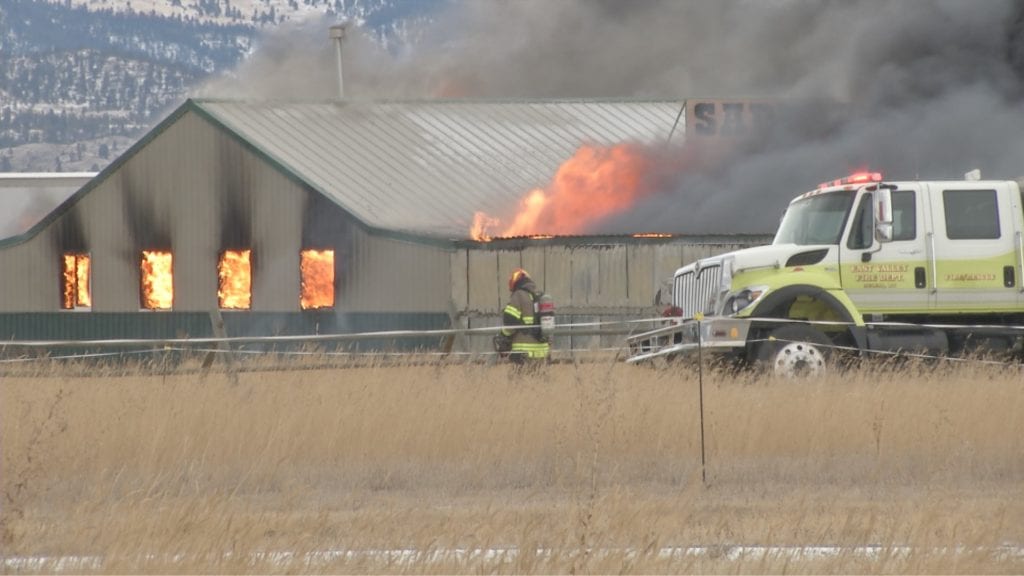 “It was very dangerous, just because we didn’t know what we had,” Sammons said.

The weather also interfered with firefighters. While they were trying to put out the fire, a cold front suddenly brought in heavy snow and wind.

“It forced us to move to the west, because it just inundated our apparatus with smoke,” said Sammons. 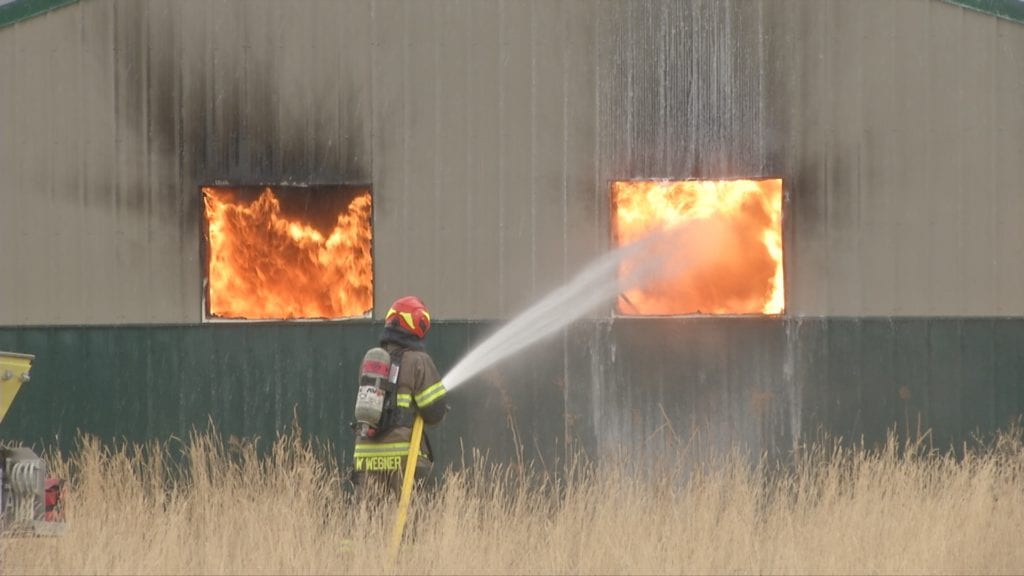 Sammons said no one was inside the building, but some chickens and rabbits were killed. No firefighters were injured.

It took several hours for firefighters to reach all the burning areas. Sammons said the building was much too unstable for crews to enter.

“I wasn’t going to put a firefighter in there and have the roof come down on them,” he said.

Firefighters ended up using heavy equipment – including a backhoe borrowed from the property owners – to bring down the walls so they could put out the remaining hotspots.

“I feel bad for them,” he said. “That was a big business that they lost. They lost everything in there.” 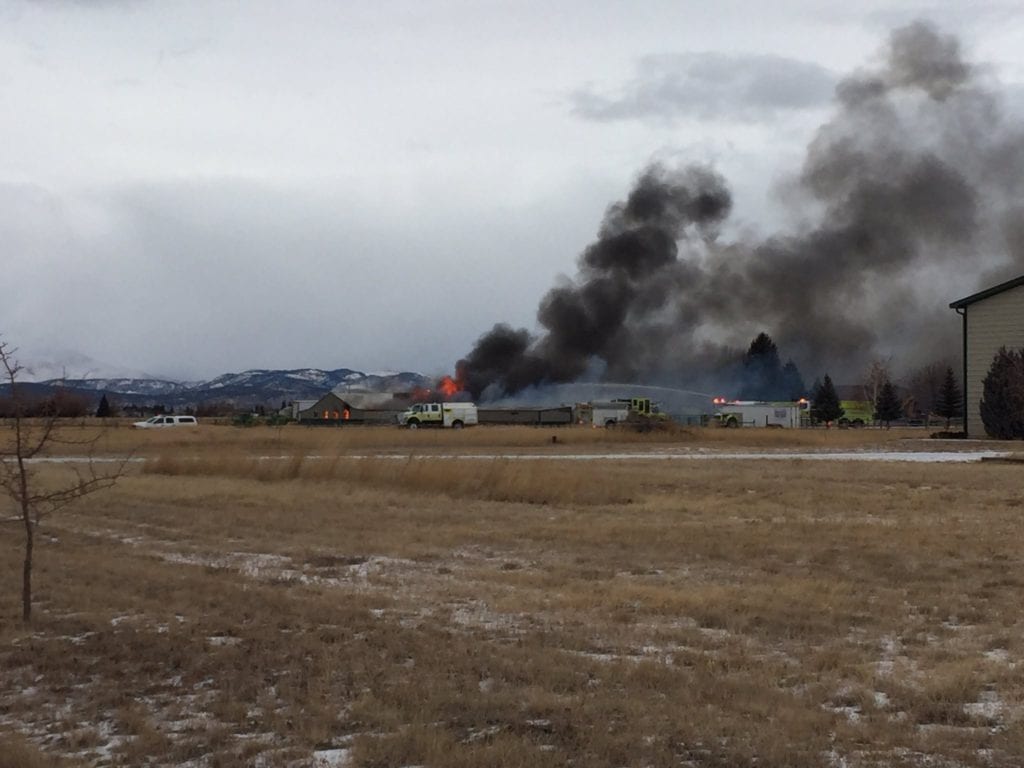 Firefighters responded just before noon. The fire appeared to be in a large shop or barn.

The fire threw up a large column of black smoke and the building appeared fully engulfed.

Lewis and Clark/Helena 911 have asked people to avoid the area so firefighters can work.

This is a breaking news update, MTN has a reporter on the scene and will update you when we have more information available.