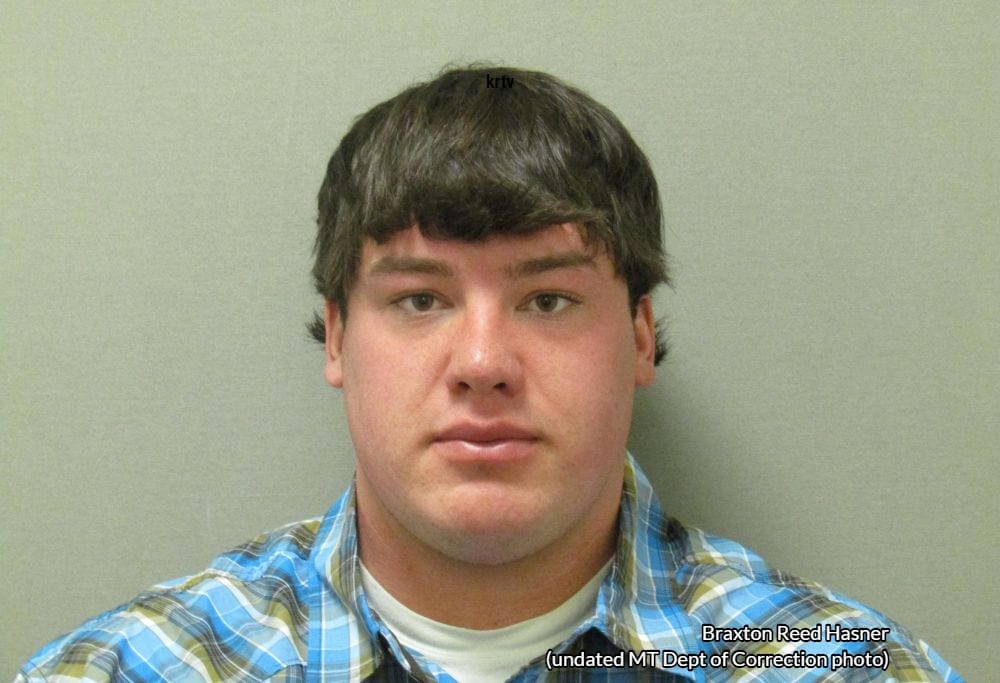 GREAT FALLS – Braxton Reed Hasner has been charged after he allegedly stole at least one car in Great Falls.

Later that day, police received a tip that the stolen vehicle was in the parking lot at Target on 10th Avenue South.

According to court documents, surveillance video showed Hasner getting out of the car and going into Target.

After he was arrested and questioned by police, Hasner “never denied being involved with stealing the vehicle,” but told officers that another man was the one who drove the car at the time of the theft.

Hasner also admitted to police that he knew the location of another stolen vehicle – a black Jeep Compass. He told police where they could find it, and the key to the Jeep was found in Hasner’s backpack.

Other court documents state that Hasner was arrested on December 26th after police officers found him in the back seat of a parked vehicle; at the time, Hasner was reportedly preparing to inject himself with heroin. Officers took him to the police station, where he consented to a search of his pockets and backpack. Officers found several baggies that are commonly used for carrying narcotics, and a small rubber container and sppon. Hasner admitted he used the items for carrying and using heroin.

According to the Montana Department of Corrections, Hasner has a felony conviction in Cascade County for burglary, and was on probation at the time of his arrest.