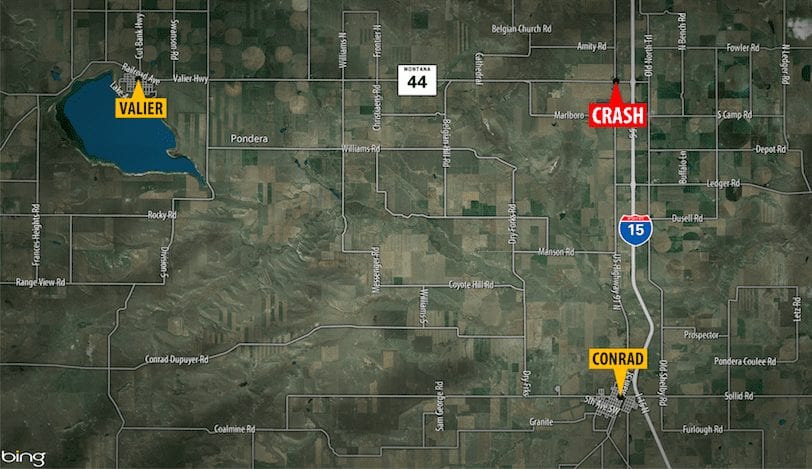 A Bigfork woman died after she was struck by a vehicle on Highway 44 near Conrad Tuesday night.

According to the Montana Highway Patrol, the crash was reported around 7 p.m. near mile marker 27.

A Buick Electra had a mechanical failure and lost all power, including the lights. It was parked in the eastbound lane facing west. The Buick’s occupants were attempting to push the car to a road pullout, according to the MHP.

A jeep driven by a 33-year-old Great Falls man came upon the Buick and the driver saw the vehicle in his lane. He swerved to the right to avoid the vehicle at the same time that one of the occupants ran towards the ditch. The woman was then hit by the vehicle.

The 46-year-old Bigfork woman was taken to Pondera County Medical Center, but she died from her injuries.

Alcohol, drugs, and speed are not suspected factors. Road conditions were reported as scattered snow and ice.

The name of the victim has not yet been released.