Update: The victim has been identified as 21 year-old Tyler Wensel.

His family has set up a GoFundMe to pay for funeral expenses. If you’d like to donate, click here.

Early Monday morning, the Wensel family suffered a tragic loss with the passing of their son Tyler Wensel in a house fire. Tyler was a kind hearted, dedicated, and loving individual. To everyone, he was referred to as the Gentle Giant. He is now standing by the side of his loving Heavenly Father, as an angel, watching over his amazing parents, Susan and Sheldon, his siblings, Jacob and Trinity, and his beautiful niece, Scarlett. The funds will be used towards Tyler’s funeral and to help the Wensel family rebuild and replace everything they lost. Susan is a seamstress and lost all of her equipment and supplies. It is hoped that we can replace these items so she can return to work. Any donation, no matter how small, is much appreciated! Even more importantly, we ask that you keep the Wensel family in your thoughts and prayers at this time.

HELENA – One person died in an early morning fire on weasel creek road in Winston northwest of Townsend.

According to Broadwater County Sheriff Wynn Meehan, the fire broke out in a garage with an attached apartment just before 1:00 a.m. Monday morning.

Sheriff Meehan says a woman was in the garage and went back to the main house.

She later noticed smoke coming from the building and alerted her husband, who raced to get a ladder up to a second floor window to try and rescue the 21-year old man who was living in the apartment.

The man in the apartment was unable to make it out.

Meehan says the man’s body will be taken to Billings for an autopsy.

The state fire marshal and the Broadwater County Sheriff’s Office are investigating what caused the fire. 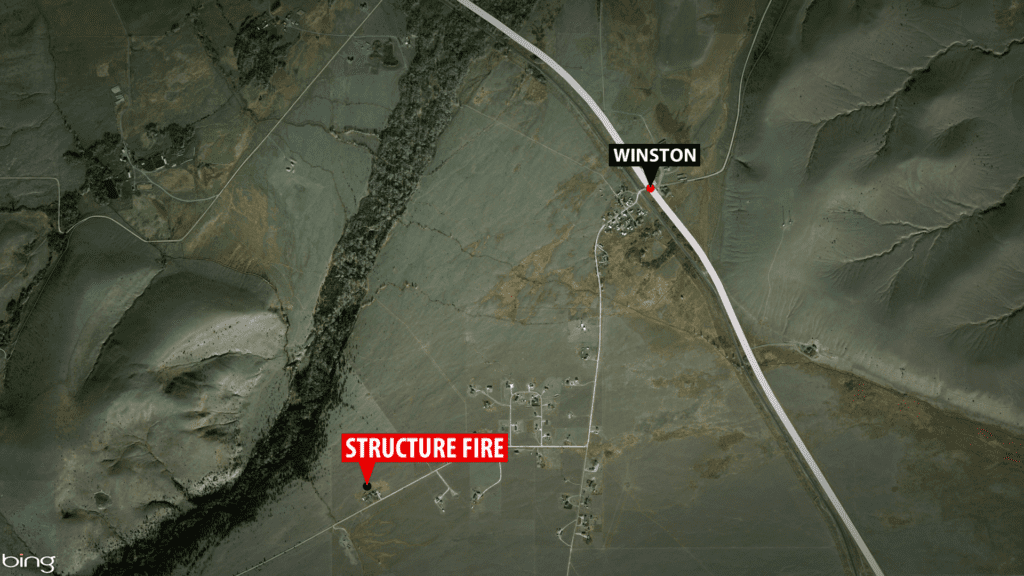