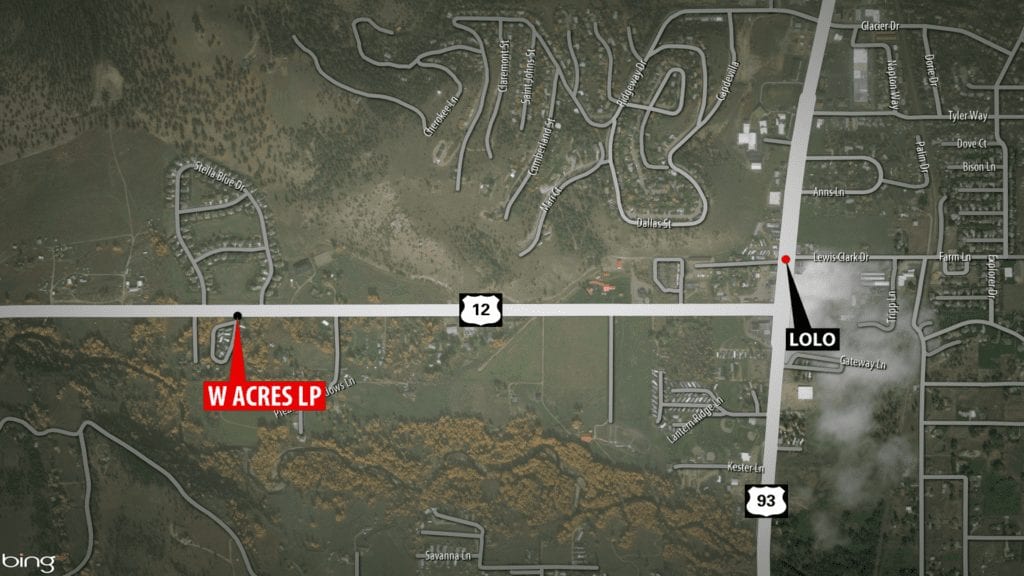 MISSOULA – A blaze that damaged a home west of Lolo on Wednesday has been ruled an accident.

Missoula Rural Fire District Captain Ron Lubke says fire investigators have determined that the blaze in the 12000 block of West Acres Loop was caused by hot ashes from a wood stove being placed on and near combustible items.

An occupant had cleaned ash and debris from the home’s wood stove the night before the fire, placing the ash in a metal pale. The resident then set the pale on the front porch on top of a piece of furniture, according to Capt. Lubke.

The ashes were still hot, and eventually the heat from the metal pale ignited the furniture which then spread to the porch and house.

The home suffered an estimated to be $16,000 in damages with most of that happening to the exterior and attic of the home.

Capt. Lubke says the fire damage was limited in the living space and that many of the occupant’s personal possessions and furnishings are salvable.

The property was not insured, and the occupants are currently being assisted by the American Red Cross.