BILLINGS- A Billings woman and her 4-year-old boy are without a home after a toaster started their home on fire Thursday.

Jill Fox-Jackson said on top of all of that, she doesn’t have insurance to cover the cost in damages.

The Billings Fire Department responded shortly before 11 a.m. to the house fire at 3416 St. Johns Ave.

Fox-Jackson said Thursday morning she left the home with her son, Gary, and their dog, Gracie, to run some errands, only gone for a little over an hour.

She was on her way home to drop off the dog when she noticed the commotion coming from her street.

“I turned down St. John’s and there were fire trucks everywhere and the closer I got it made it more real, that it really was my house,” she said.

Turns off the toaster in her kitchen malfunctioned.

“You could see the smoke coming out and the window was blown out,” she said.

“We don’t think that it completely released the mechanism and it just continued to be hot and caught some paper plates next to it on fire,” said Fox-Jackson. 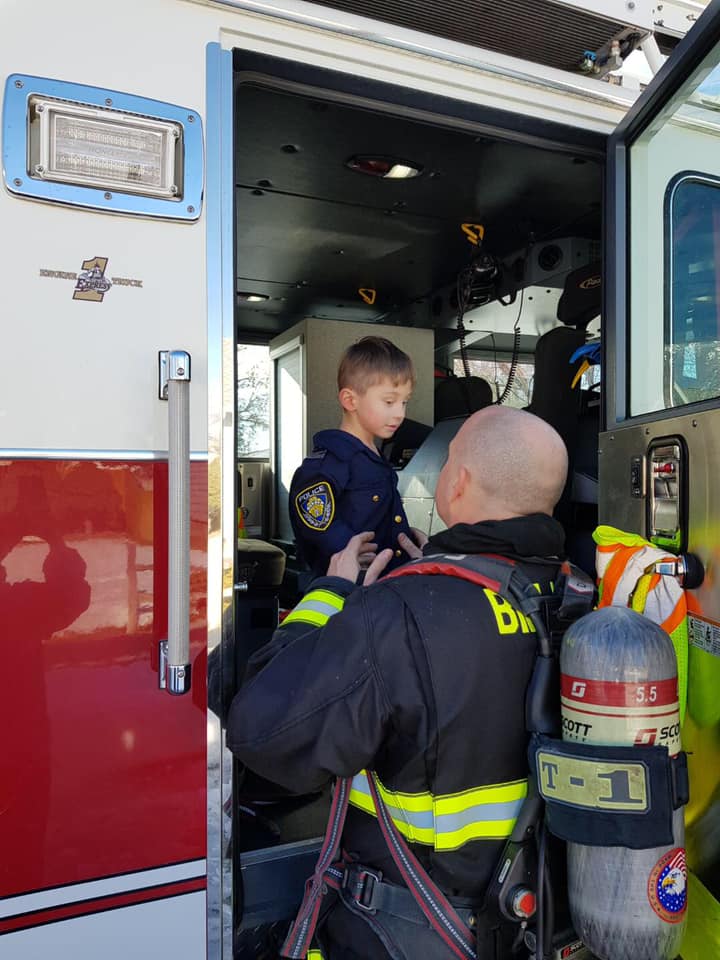 As firefighters with the Billings Fire Department acted fast to get the fire out, she noticed her son Gary getting emotional during the whole ordeal.

Fox-Jackson took to Facebook Friday to thank firefighters for how they distracted the distraught 4-year-old, as the work to put out the fire wrapped up.

Firefighters have estimated the damage to top $120,000. Sadly though, Fox-Jackson said while the homeowners of the house do have insurance, she doesn’t have renters’ insurance.

“So I’m not covered at all,” she said. “So pretty much all has been destroyed with the smoke damage and the fire and our basement is water socked so the ceiling is damaged.”

While her church and the Red Cross have temporarily helped out with hotel rooms for a couple of nights, she says they are now without a home.

“It’s overwhelming because I haven’t even been able to comprehend what all we are going to need,” she said.

However, those at the salon where Fox-Jackson works have set up a GoFundme account for the family. Donations can also be dropped off at Adore Salon and Spa.